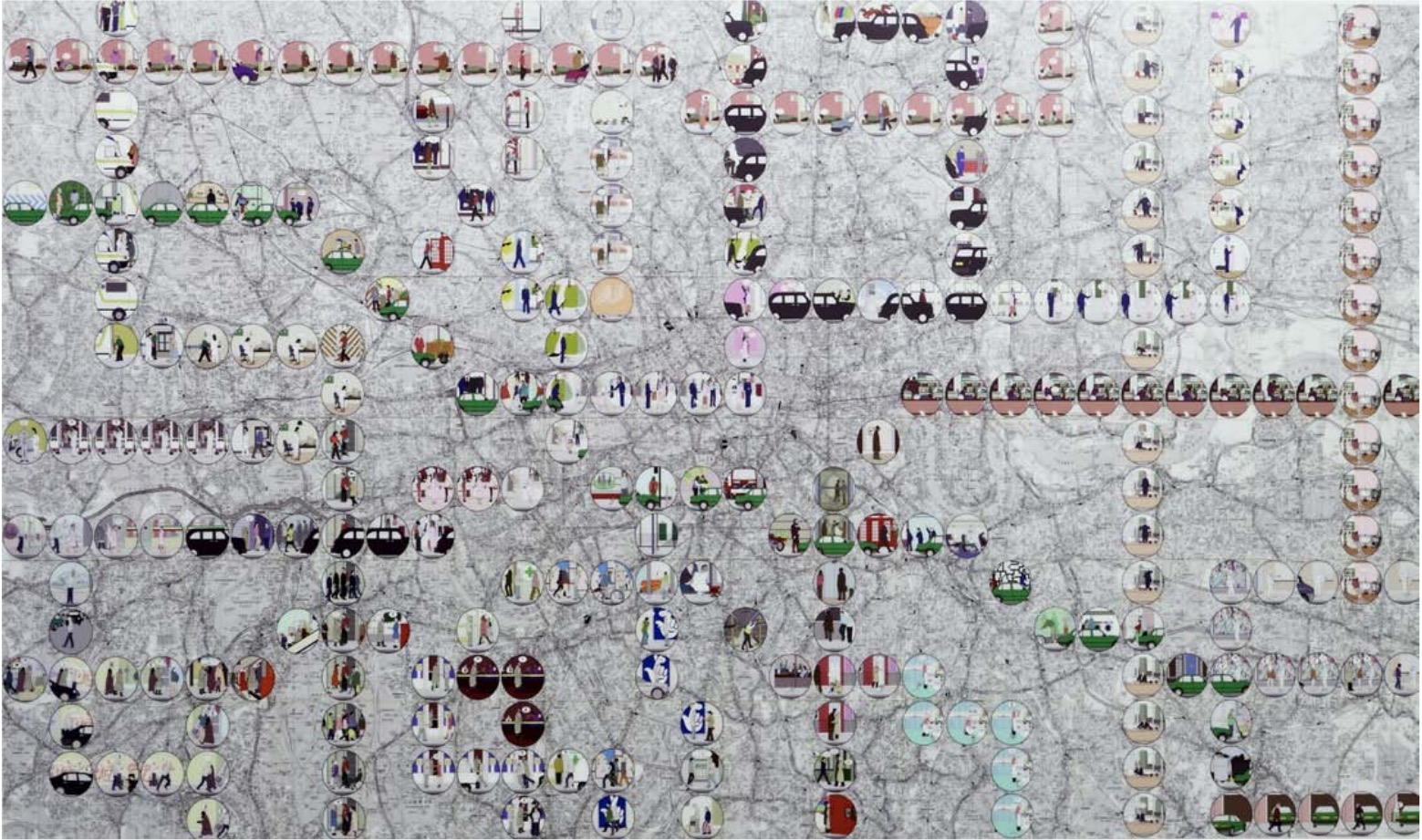 It was with great regret that we heard of the loss of Lars Arrhenius (1966–2020) who passed away just a few weeks ago after an operation. He had been battling a stub-born autoimmune disorder for years. Lars leaves behind his wife and two children, who remain in our thoughts. From the beginning of his artistic career, Lars Arrhenius was committed to exploring new things, in particular new media and digitalisation. Over the last 10 years his focus was on environmental protection, which became his central concern. I first came into contact with Lars’s work through an exhibition at the Kunstmuseum Stuttgart in 2007, 'Pictogram – The Loneliness of Signs'. This exhibition was widely discussed and an image of a section of 'The Man without one Way' fascinated me to such an extent that my wife and I set off immediately. The exhibition itself was out-standing and Lars’s contribution even more impressive than expected. His first exhibition in our former gallery, fiedler contemporary in Cologne, came about soon after. We got to know an extremely funny person who was genuinely in-terested in everything, including the most varied artistic approaches. His role as a visual artist, important within the gallery context, was just one aspect of this mul-titalented person. He was also a musician, initiator and producer of a hugely suc-cessful TV series for children, a source of ideas for board games with a socio-politi-cal focus and a curator of exhibitions. Hugely modest, Lars Arrhenius often cooperated with others in order to achieve the best possible results. Our first exhibition essentially consisted of four works: a 141-piece pictogram, 'The Man without Qualities', the video animation 'Habitat', which was shown on a screen, the room-encompassing video 'Murmurs of Earth' and the 96-part wall piece 'A-Z'. We have made this last work, A-Z, the centre of our memorial exhibition alongside other important pieces by Arrhenius such as the four-part photographic work 'The Exquisite Corps Orchestra' and the C-print 'Zoo'. 'A-Z', of course, stands for the beginning and the end and is thus a synonym for the cycle of life. Lars’s work shows a section of the famous pre-digital London city map, A-Z, which generations of London’s residents and visitors have used to orientate themselves. Inspired by the graphics of the London underground map, Arrhenius distributes circular fields around this tableau that tell the stories of different peo-ple who meet and influence each other. The result is an absurd theatre that life itself could not design better. We have positioned Lars’s work alongside that of several gallery artists who we feel have overlapping concerns. The contributing artists are: Richard Fauguet, Geissler & Sann, Joachim Grommek, Julia Gruner, Axel Lieber, Mutter & Genth und Beat Zo-derer.