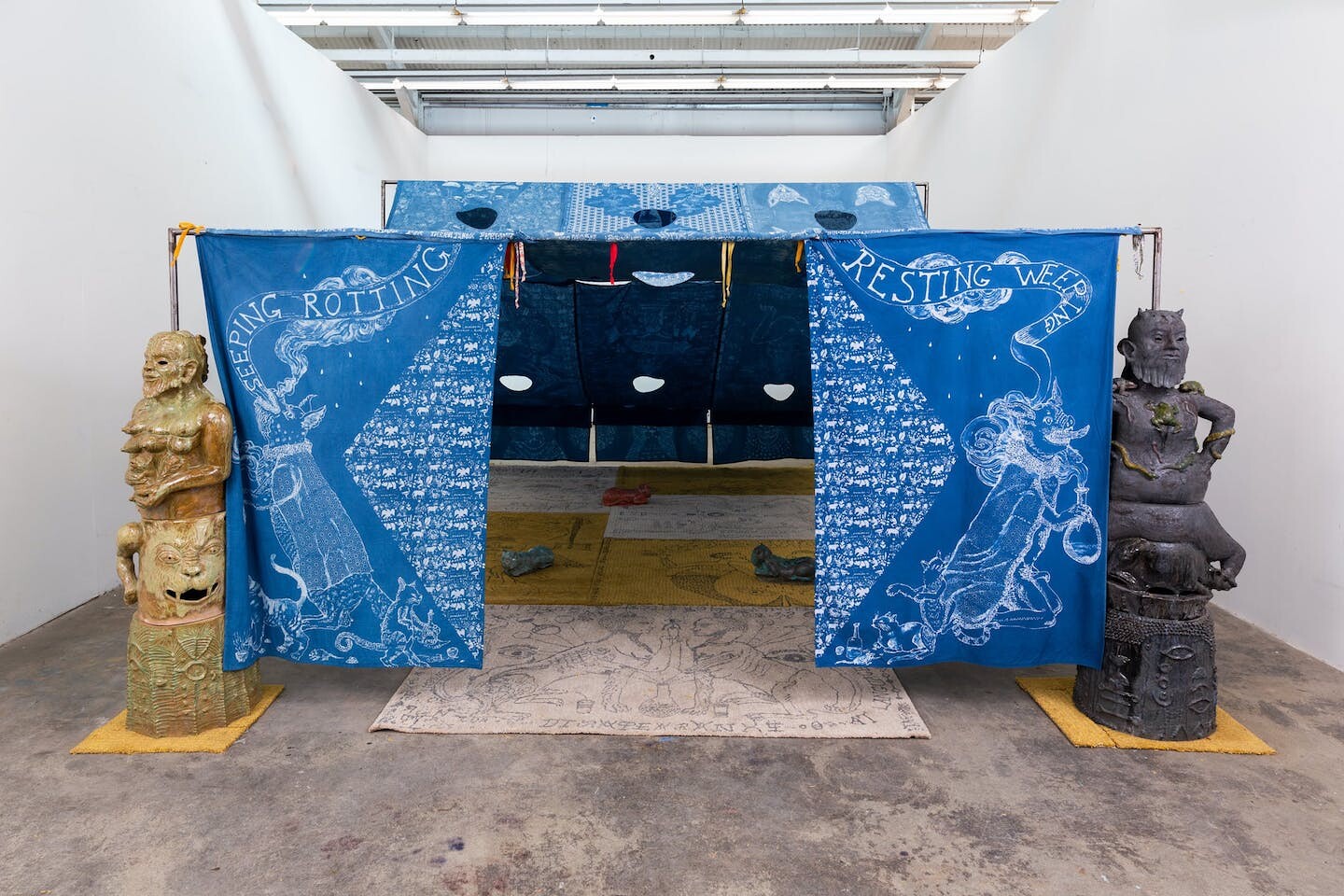 Los Angeles–based artist Candice Lin (b. 1979) investigates the legacies of colonialism, racism, and sexism by mapping the trade routes and material histories of a range of colonial goods. Often taking shape as DIY apparatuses, or what have been described as “flayed circulatory systems,” her multilayered and sensorial installations combine commodities such as sugar, cochineal, and tea into liquid distillates that circumnavigate the space of the gallery. Lin’s sculptures manifest as tangible inquiries into histories of exoticism, Western degradation of and desire for the “Other,” and the logic and legacy of oppressive structures and systems.

Co-organized by the Walker Art Center and the Carpenter Center for the Visual Arts at Harvard University, Candice Lin: Seeping, Rotting, Resting, Weeping is composed of elements the artist created while sheltering at her home studio during the pandemic. Anchored by a nomadic tent structure—simultaneously a temporary shelter and a quasi-religious temple—the exhibition includes hand-drawn and hand-printed indigo textiles, hand-built ceramic sculptures, plaster and concrete “tactile theaters,” and a video animation that leads visitors through qigong breathing and movement exercises.

Cats abound in the gallery. From ceramic cats that can be found curled up inside the tent to the video’s animated cat demon, the exhibition invites us into a space where humans no longer play a central role and animals and other nonhuman actors reign. Ultimately, Lin encourages us to question our present, reenvision our futures, and embrace new ways of understanding the world.

The exhibition is accompanied by a richly illustrated catalogue documenting the artist’s research materials and process, copublished by the Walker and the Carpenter Center, and with contributions by Julia Bryan-Wilson, Mel Y. Chen, Liv Porte, and the exhibition’s curators.

Candice Lin: Seeping, Rotting, Resting, Weeping is co-organized by the Walker Art Center and the Carpenter Center for the Visual Arts at Harvard University. Support for the Walker’s presentation is provided by the Edward R. Bazinet Foundation, the Martin and Brown Foundation, and RBC Wealth Management.