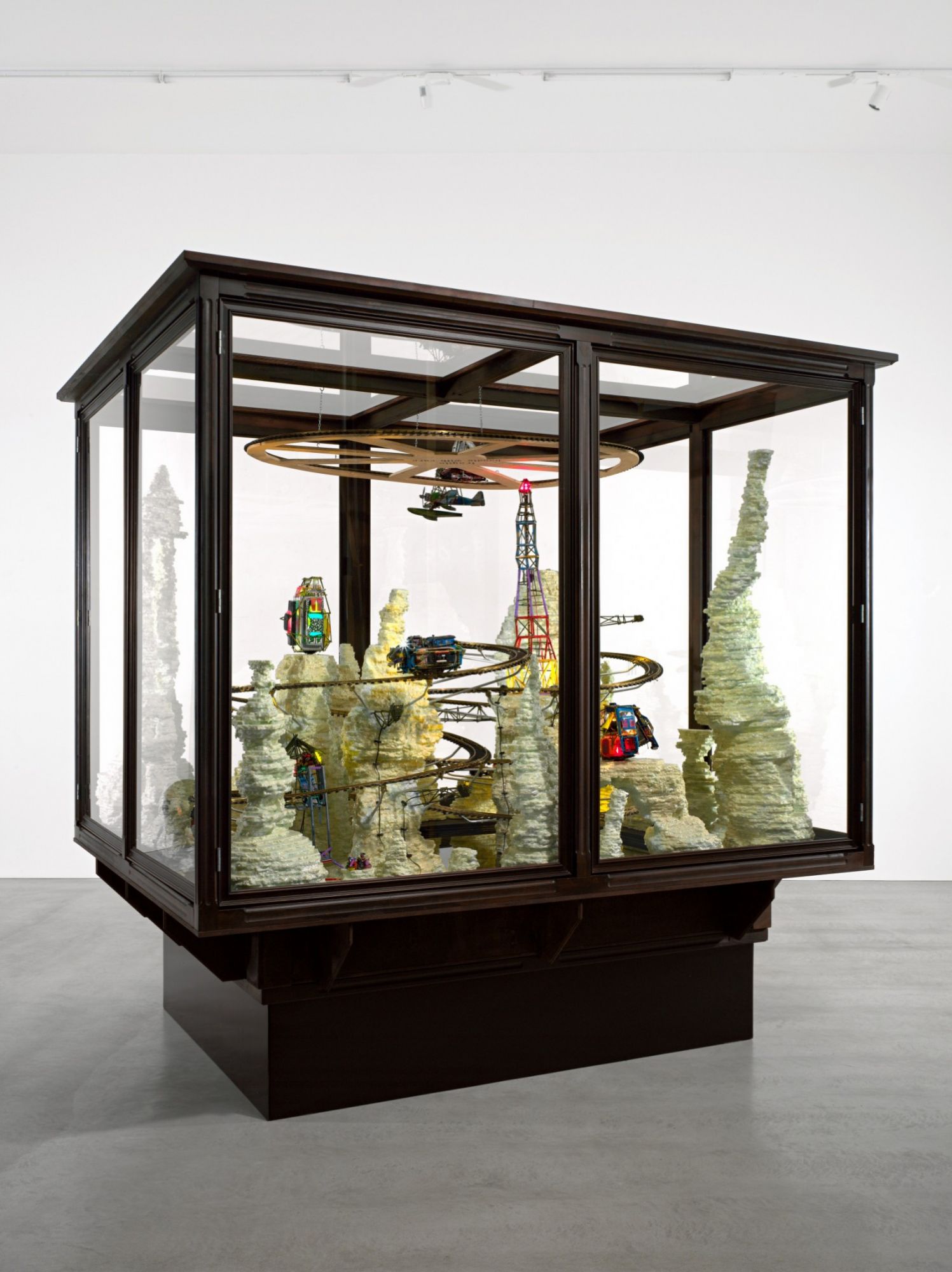 Zhivago Duncan creates elaborate multimedia works accompanied by sprawling narratives. Much of his production is authored under the guise of various alter egos, including “Nacnud Ogavihz” (Duncan’s name spelled backwards), or the semi-amnesiac Dick Flash, the supposed creator of Duncan’s large-scale sculptural installation Pretentious Crap (2010-11), which was donated to PAMM by Diane and Robert Moss in 2014. As the sole survivor of a global apocalypse, Dick Flash roams the world collecting the remnants of his ancestors’ ruined civilization, puzzling over the mysterious objects he encounters. With no memory of his former life, Duncan’s avatar repurposes found scraps of cars, airplanes, and trains, placing them inside a massive display cabinet where they spin futilely in infinite circles, severed from any connection to their original uses. In the artist’s words, Dick Flash “fabricates a new iconography, commemorating his interpretation of an extinct empire and its tragically flawed constituents.” The installation serves as a critical allegory, encapsulating the challenges faced by present-day artists as they attempt to make sense of the chaotic nature of contemporary culture.