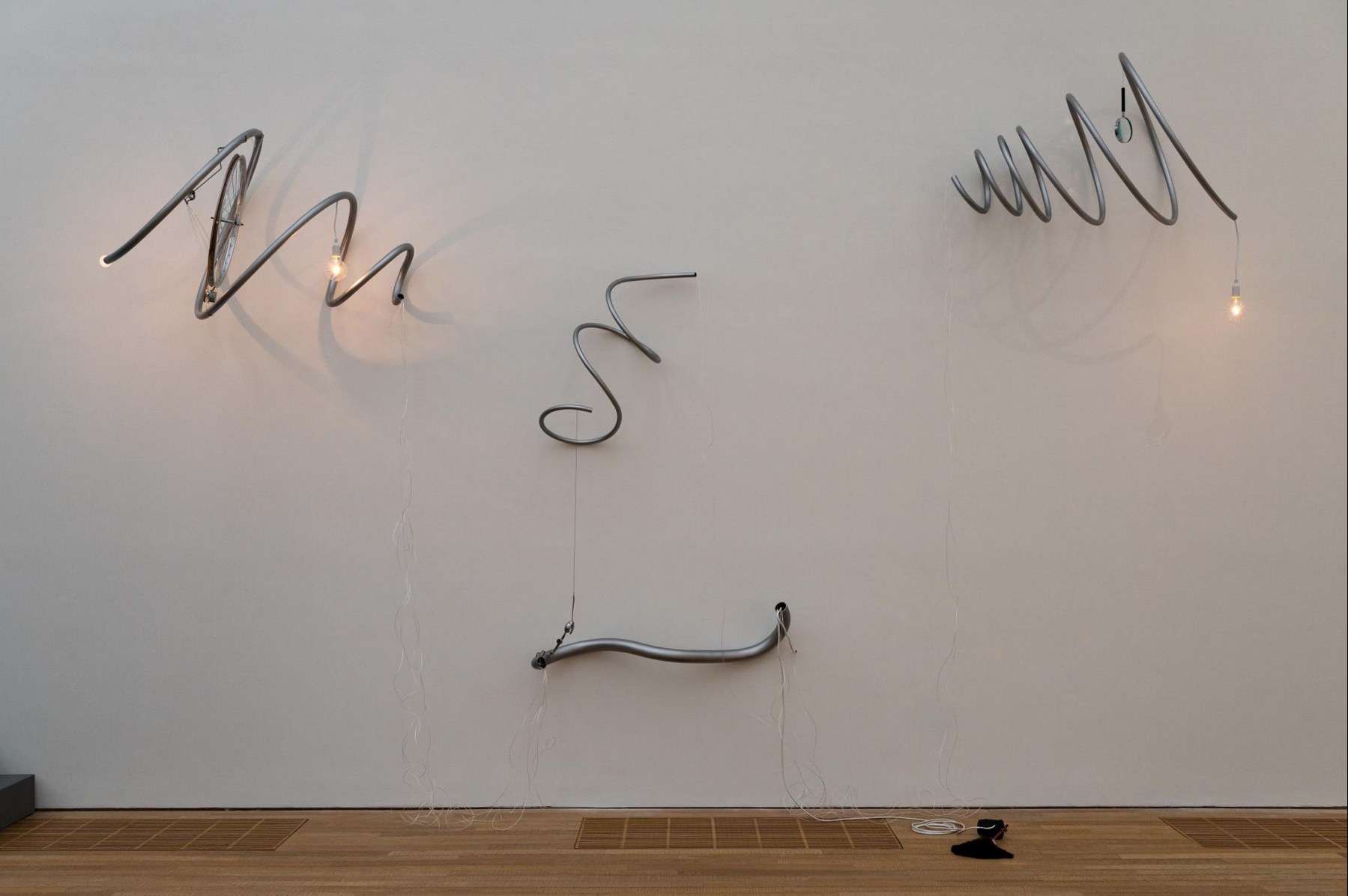 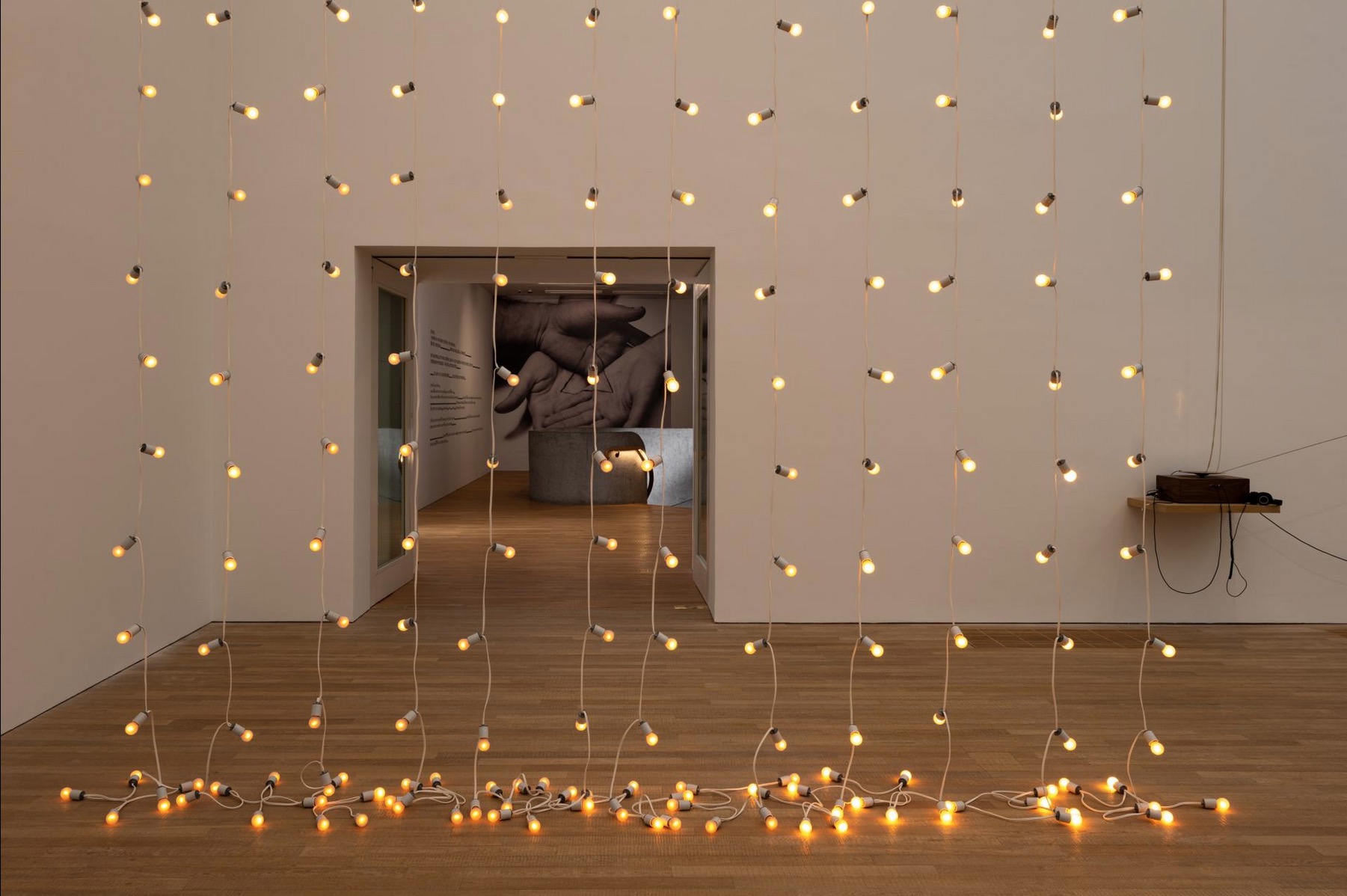 trust & confusion is about the conversation of certainty and chance; the transformative power of bodies, intangibles, and ephemeral encounters; music and magic; and the luck of being alive, with all the concerns that come with it, be they human or not. Evolving, accumulating, the exhibition unfolds over several episodes, on site and online, from now to the end of the year.

trust & confusion transforms the white cube space into a fluctuating environment that hosts activities and sensations; it transforms this space in favour of movements, interactions, and deep listening for ears and bodies. A new relationship of you and I, along with new associations and experiences, shares this temporality. There are several visible performances taking place as you enter, and several invisible ones, mostly new commissions from an intergenerational, international, and cosmopolitan group of artists.

First sketching out the contours of the exhibition in 2019, we imagined creating a ground for our community—polarised and exhausted by the turmoil of that year—to come together and rest. A new communal intimacy was called for: quieter, more playful, body-centred, and tactile, safe from abuse and diminishment, a healing space. A constellation of live works of art exploring the individual and collective body through conversations, games, gatherings, and imagination was conceived.

Suddenly, as if out of nowhere, the pandemic swept in and everything was re-adapted for a situation even more solitary and vulnerable. Next came the epiphany that what had ensued was not just a global crisis: life itself has changed, numbingly quickly—like watching time-acceleration videos depicting 6 billion years of evolution in 6 minutes. Life was made a subject of rules more numerous and ever-changing than most of us can remember, while our daily environment threw up new protocols through which most of us will keep navigating. Our adaptability has continued evolving since. Indeed, this project has entailed constant reactions, multiple modifications, untold scenarios—which a vast multitude of people have similarly faced in their own fields, who, like everyone, expect the advent of a transition, a rupture. We trust in a more embracing world to come, as we trust in that alignment of chance, intentions, and effort in the striving for the better.

However confused we may now feel, we trust that we will arrive at a safer place. This feeling keeps us very much alive. No point in speaking of either certainty or absolute chance, as the surface that a dice falls onto is never perfectly smooth or straight, nor is the dice itself. In our case, “trust” and “confusion” have joined the journey as companions rather than as opposites: like sweet and sour in taste, like inhaling and exhaling, like dance movements, like fleeting, impermanent conditions. At this point of the journey we do not know if the last episode of the project will take place as conceived; much will depend on changing fortunes as well as the thrust of the present episode, as its feedback may manifest in future.

The transformative power of everyday practices remains at the centre of what we can do together at this stage, and for that matter at any moment of life: looking with the artists, collecting, repurposing, betting, recasting, playing, wondering, and realising. Our conversations with artists immersed in their studios in different corners of the world have generated tools for us to understand the surroundings, the non-binary realities, as the more pertinent truths lying in ambivalence and complexity.

The exhibition is an invitation to observe how things emerge in relation to each other—sounds, gestures, smells—and to be a part of it, being surprised and giving attention to your inner landscape while a spectacle is taking place around you. An invitation to a most sentimental belief: to trust that the hands and arms you decide to fall into will hold and sustain you.

As you move along, there is a chance that you might be caught by the sounds of birds and humans conversing, two or three life retrospectives of previously unpublished photographic works, a short splash of dance, a posture reminiscent of a public sculpture in Hong Kong, melodies sung by a chorus of tone-deaf singers, a sound sculpture morphing into a theatre prop, a molecule striking a new olfactory possibility, an open rehearsal in public, foam mattresses transmitting the sound of one’s favourite radio, a tree so obsessively protected that it is nowhere to be seen, a visual letter speaking of virtual existence and climate change, among others.

There is a chance you will find a secret garden.

Observing nature's cycles and the importance of rituals, which anchor our beings and ancestries, the exhibition space is devised in the alignment of day and night, with a brief sunset room in between. Whereas artworks would grow and evolve in the day room, a solo or duo presentation would debut in the night room for each episode. Changes would take place after each full moon, when the tides are the deepest and the forest the nosiest. Some artists’ contributions will remain for months but in fresh configurations; others will appear in changing roles with the unfolding of time. As tribute to the bare human voice as a most vibrant and direct form of communication, a weekly release of voices by artists, writers, poets, and choreographers is made available on www.trusting.hk , where you also find the calendar of the moon to guide you through the coming episodes.