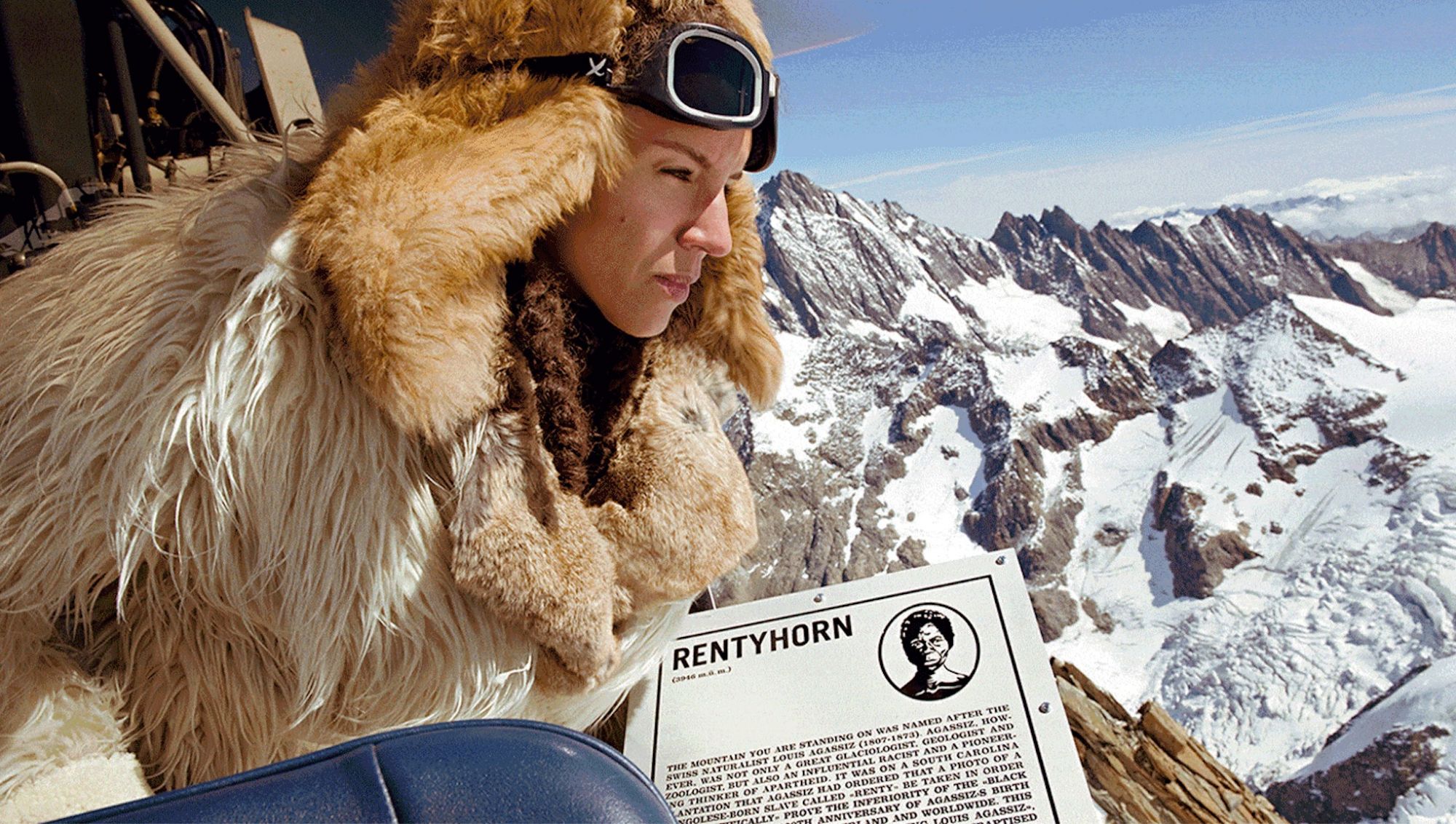 For her first solo exhibition in The Netherlands, artist Sasha Huber presents over a decade’s worth of work prompted by the cultural and political activist campaign Demounting Louis Agassiz. Founded in 2007 by Swiss historian Hans Fässler, the campaign seeks to redress the legacy of the Swiss-born naturalist and glaciologist Louis Agassiz (1807–1873). As a member of the Demounting Committee, for her part, Huber has staged numerous interventions at terrestrial and extraterrestrial sites that bear his name, of which there are eighty in total. She uses performance, photography and film, among other media, to investigate colonial residues left in the environment. As part of the exhibition, Huber sets out to un-name the Agassiz Ice Cap on Ellesmere Island in Nunavut—one of the largest in Canada at 21,000 km2—in collaboration with Inuit throat singers Cynthia Pitsiulak and Charlotte Quamaniq.

The exhibition of Sasha Huber is co-produced in collaboration with The Power Plant Contemporary Art Gallery, Toronto, Canada, and is organized by Rosa de Graaf from Kunstinstituut Melly and Justine Kohleal from The Power Plant.