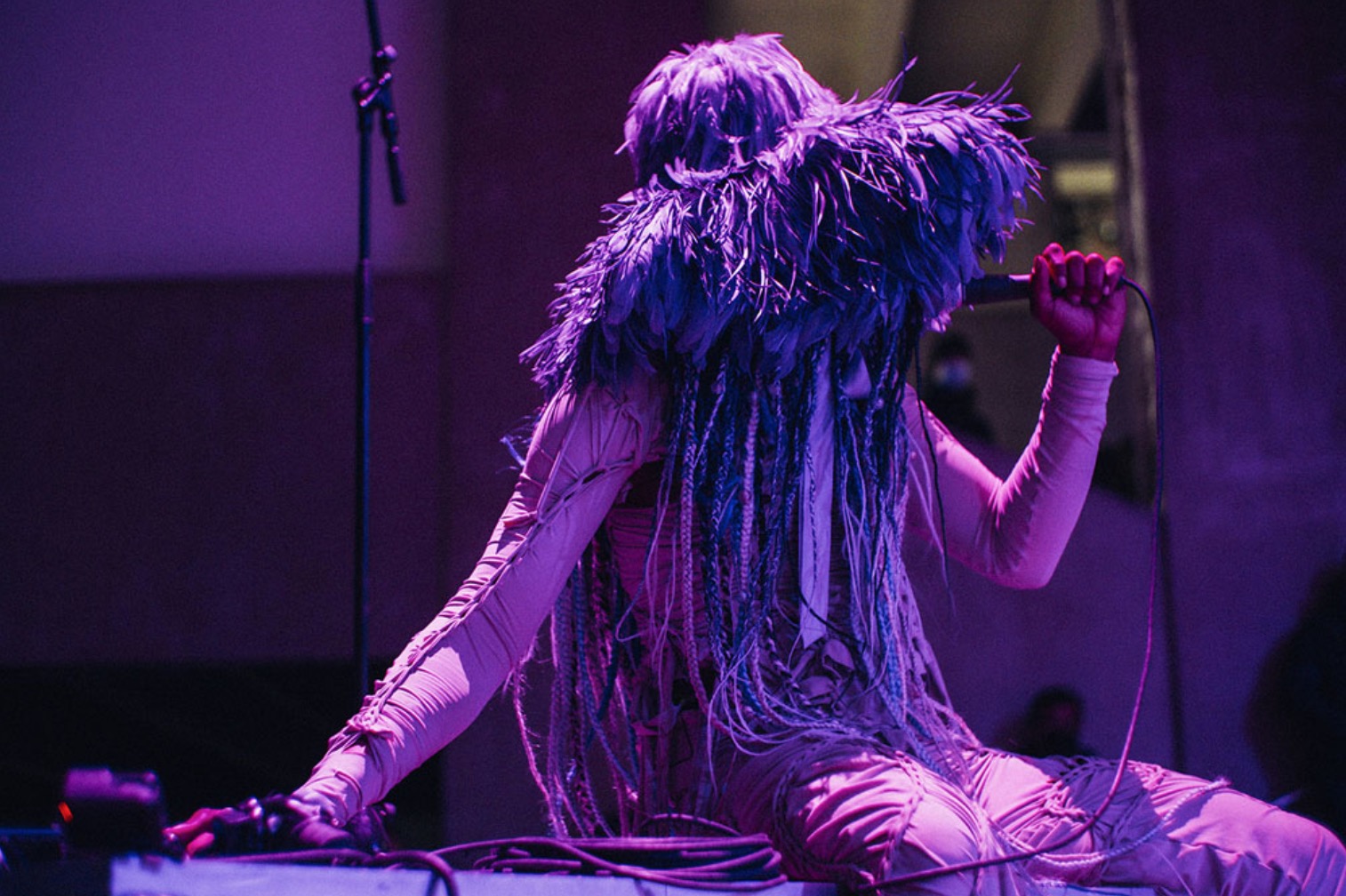 Peres Projects is pleased to announce the third solo exhibition of Richard Kennedy (b. 1985 in Long Beach, California, US) at our space in Milan.

Richard Kennedy’s multidisciplinary practice is interested in relationships and navigating sexuality as it occurs at the intersection of class, race and gender. Their professional background is in music and opera, through which they initially began communicating and elaborating these ideas. Considering opera through a language of African American experience – drawing on the oral histories told through spirituals and chain gang songs, Kennedy disrupts the tradition of Western Theatre, where the primary mode of engagement is through observation, in order to generate new participatory modes of viewership. Throughout the process of creating costumes and set design for opera, Kennedy was drawn to painting, sculpture and video – drawing on a process of layering, obfuscation, and temporality (slowness) that contradicts his practice in live performance. **