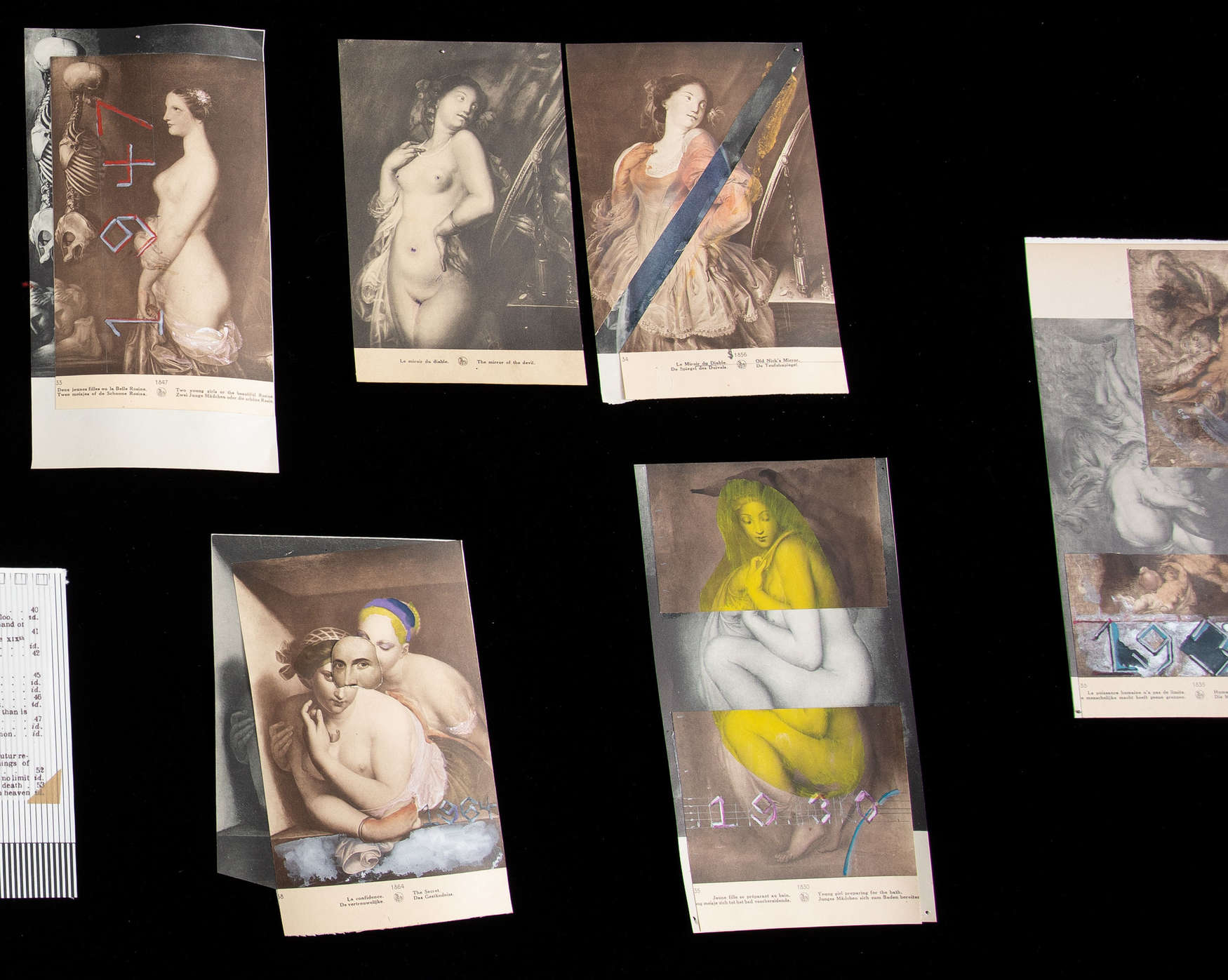 For her monographic exhibition at WIELS, R. H. Quaytman explores Brussels’ cultural and artistic history and, more specifically, the relationship to power of some of the artists with whom she shares an affinity, such as Magritte and Broodthaers. In her preparatory research, Quaytman came across the painter Antoine Wiertz and his personal museum, which is now nestled in the heart of the European Quarter.

With its unique and spectacular hanging, this museum bears witness to the golden age of monumental painting, which was in the throes of decline in the face of photography and film. Wiertz sought to compensate for this waning with an overabundance of moralising subjects condemning injustice and inequality. He depicted chilling scenes of poverty, war, suicide, or cholera. Now all but forgotten, Wiertz’s work and exuberant museum-sanctuary provide a starting point for Quaytman’s investigation into the possibilities of painting in the context of the photographic image, seen through the prism of Wiertz’s work, which teems with suggestive male bodies while displaying a genuine empathy for the condition of women.

R. H. Quaytman reinvents the production of pictorial images in today’s digital age, reinstating them within the context of art history and of painting in particular, reasserting their materiality and spiritual scope, and deconstructing prevailing narratives from a feminist and intersectional point of view. Her strategies are pictorial, photographic and conceptual, leading to the development of complex groups of works she titles as chapters. Composing each of her exhibitions in relation to a local reference, Quaytman builds her series as a narrative structure that shapes the overall organisational principle and the mode of execution of the individual works.

The choice of [Antoine Wiertz’s] subject matter suggests a revolutionary ideological orientation supporting the emancipation of women and the poor, and placing the blame at the feet of the military, the state and the rich — although his works on these subjects are displayed to the side of his gargantuan attempts to attain La Gloire.

R. H. Quaytman lives and works in Connecticut (USA). Her works have been shown around the world, from the 2010 Whitney Biennial to the 2011 Venice Biennial, and Kassel’s Documenta 14 (2017). She has had numerous solo exhibitions, notably at the Serralves Museum, Porto; Muzeum Sztuki, Łódź; the Solomon R. Guggenheim Museum, New York; the Secession, Vienna; the Museum of Contemporary Art, Los Angeles; the Tel Aviv Museum of Art; and the Renaissance Society, Chicago.