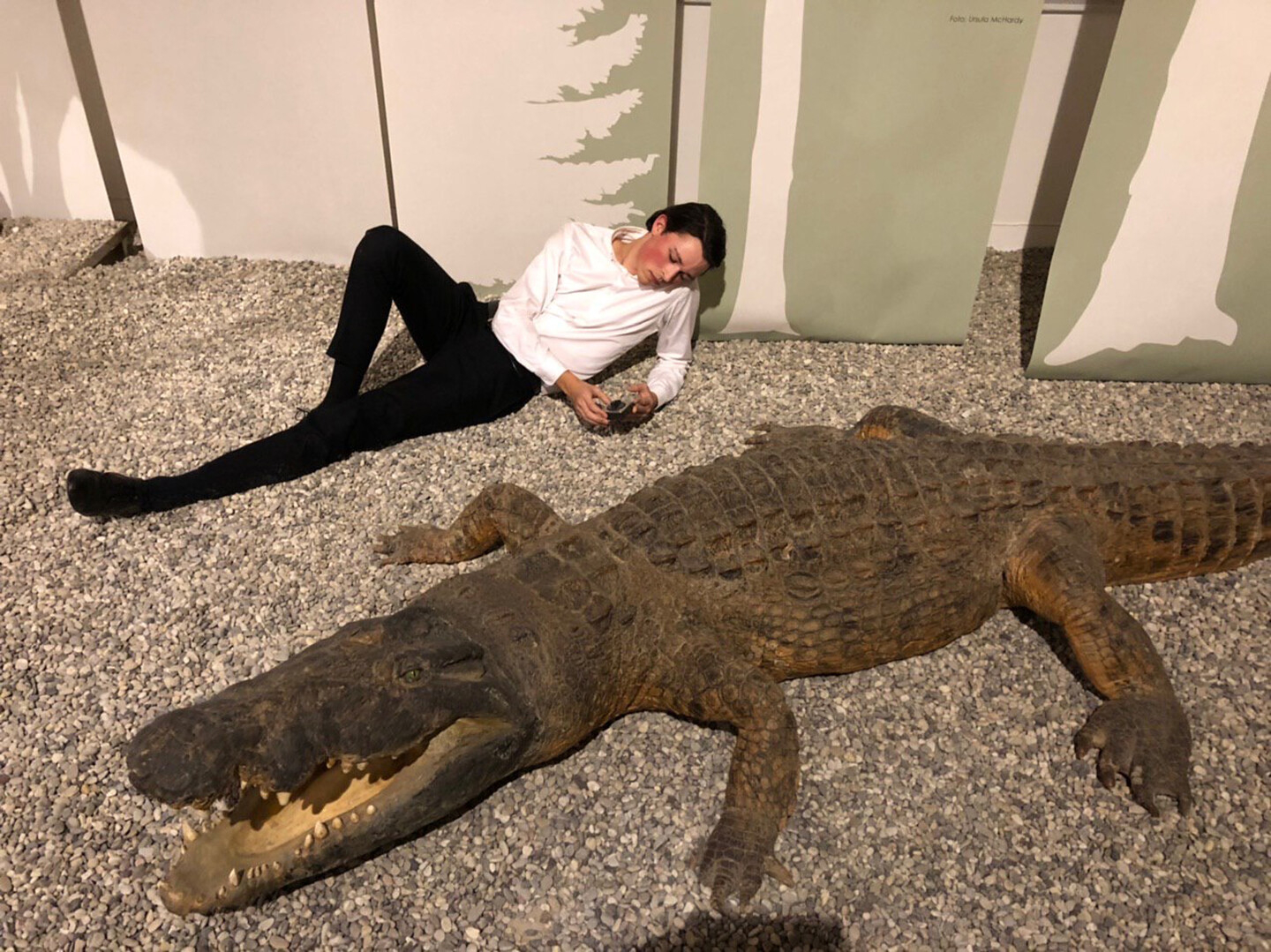 Bertolt Brecht’s play The Decision was first performed in 1930, followed 46 years later by the première of Heiner Müller’s response Mauser. After a similar interval, Frankfurter Hauptschule now responds to the two Lehrstücke with Maßnahme – Mauser – Motor. Based on the results of a series of discussions, the repertoire developed by Brecht and Müller is used to explore the question of where we stand today: modernity, post-modernity, acceleration, knowledge society, fake news, contemporary art, I’m a celebrity get me out of here, climate disaster, the end?

In December, the nGbK will present the new video work by Franfurter Hauptschule. Preceding panel discussions inspected and further developed a text that formed the point of departure for Motor.

Frankfurter Hauptschule (FHS) is a collective that has been exploring the pain thresholds and limits of art in a stress test of public and media space since 2013. With their interventions, the artists, who met at the Städelschule in Frankfurt, probe societal resilience and legal responsibilities.

The book on Motor will be published by Merve Verlag in 2021.