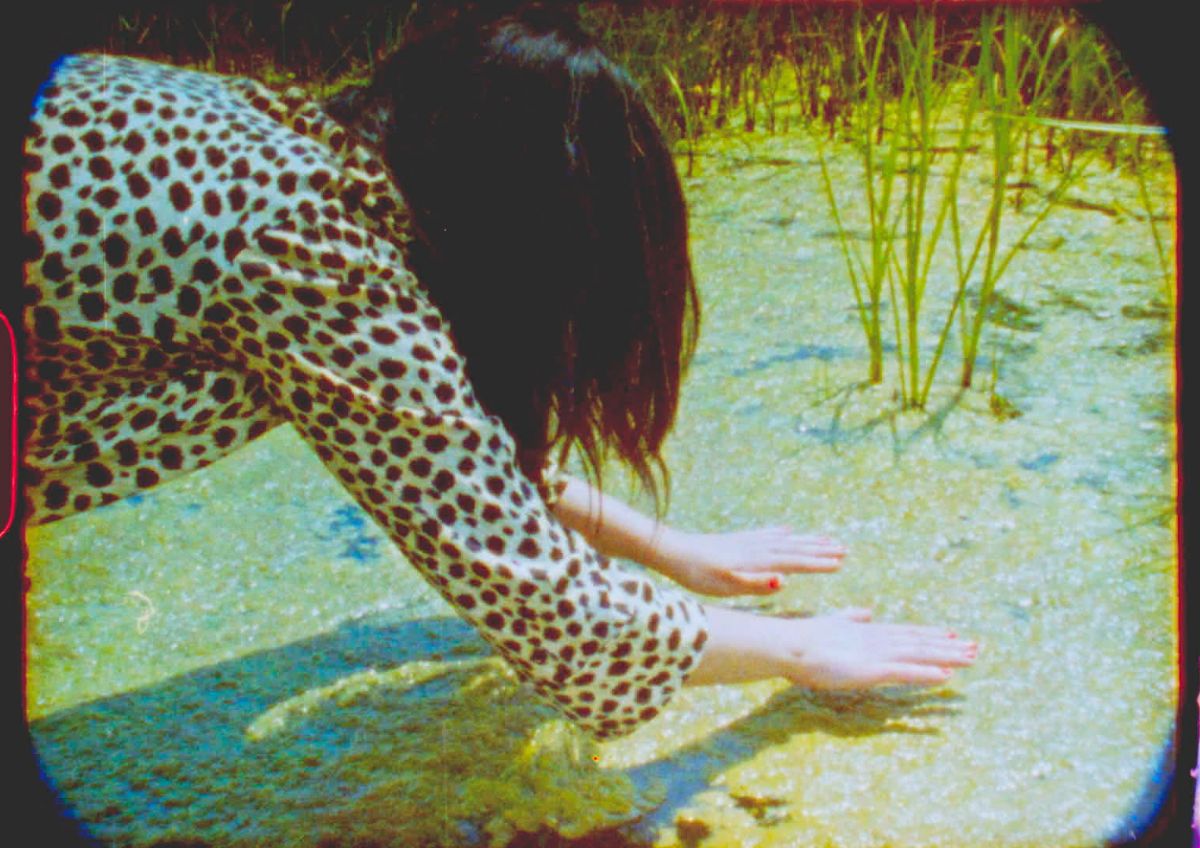 The largest independent contemporary art event in Hungary, OFF-Biennale Budapest, announces its third edition, titled INHALE!. OFF-Biennale in 2021 premiers 14 projects that look at ecology, Eastern European nationalisms, and political imagination; with a focus on artistic propositions that do more than just point to these complex, entangled problems. The 14 projects, specifically created for this occasion, will be accompanied by public programs as part of the Living Room project. Living Room is a preliminary event of documenta fifteen at OFF-Biennale Budapest, which will take place in conjunction with OFF’s invitation to documenta fifteen as a lumbung member.

OFF-Biennale will be planning its offline and online programs in accordance with the unfolding pandemic situation and emerging guidelines, constantly adapting to them.

OFF-Biennale Budapest is the largest independent contemporary art event in Hungary. It started in 2014 as a grassroots initiative, a "garage" biennale set up by a small group of art professionals in order to create a platform for exchange between art practitioners and other members of society, to strengthen the local independent art scene. OFF has never applied for Hungarian public funding and steered clear of state-run art institutions. This is a political statement as much as a practical solution to protect freedom of artistic expression and professional integrity.

The first two editions of the biennale in 2015 and 2017 demonstrated the power of perseverance and creativity, and confirmed that there is a great need for survival strategies. In this way, OFF has been a continuous experiment, seeking to perform and prefigure a sustainable and democratic institution in the civic realm, the methodologies of which bear both local and international relevance. Alongside producing and presenting art in Budapest, OFF also aims to participate in public discourse on pressing issues, to enhance infrastructures of emancipation and dissent locally and, in the long run, internationally.

OFF has become more concise and more proactive over the course of its previous two editions, and has shifted increasingly towards commissioning and producing projects rather than only presenting them. While in 2015 there were 200 programs in around 100 venues, with artists from 22 countries, the 2017 iteration had 60 venues for its projects and around 150 participants from, again, 22 countries. After these two successful editions, the third iteration focuses on 14 complex projects that OFF-Biennale will co-produce and co-organize.

The third edition of OFF-Biennale Budapest, INHALE!, takes the seminal political poem “A Breath of Air!” by 20th-century Hungarian poet Attila József as its starting point. “A Breath of Air!,” cried the poet and along with him cried all those who felt the social-political atmosphere tighten around them in the 1930s. “A Breath of Air!,” we cry today when surveillance is taking on global proportions, social inequalities are greater than ever, and all of these are accompanied by a new peril: beneath the looming shadow of the climate catastrophe, inhaling fresh air has become the privilege of a select few.

When we chose the 1935 poem “A Breath of Air!” as our point of departure for the third edition of OFF-Biennale, originally planned for Spring 2020, little did we know what new layers of meaning our title would gain throughout the year 2020. Nor did we suspect that we would have to postpone the biennale by an entire year on account of a global pandemic. Since then we have witnessed the agony of millions fighting for their lives gasping for air. Meanwhile the outcry “I can’t breathe!”––the last words of Eric Garner, Javier Ambler, Manuel Ellis, Elijah McClain and George Floyd, killed in the US by brutal police violence––has become one of the most important slogans of the Black Lives Matter movement.

What does contemporary art have to say when scientific facts are taken over by conspiracy theories, myths replace history, and creativity itself has also become subject to co-optation? The projects presented do not only point to problems: going beyond criticism, they deliver utopic, playful, or very tangible propositions and alternatives. Thus, the title Inhale! is neither a desperate cry for help, nor a mere demand, but rather an imperative pertaining to all of us. It means that we must take action for clean air, for the protection of our freedom, for the liberation of our imagination. It means that we must take a deep breath and get to work. Collective engagement is the only way to preserve and create conditions and places for breathing freely.

The third edition comprises fourteen complex projects initiated by Hungarian curators, artists, theoreticians, and art collectives. They share one feature: almost all of them are group initiatives where artists from different fields work together; most of these groups have been collaborating for years. OFF primarily intends to be a platform for such self-organized long-term projects that bridge several branches of art or fields of culture. Another priority in this edition was to support productions that critically approach the present while also exploring future possibilities, putting forth proposals and visions with the intention of actively shaping matters of common interest via their own means. The projects to be presented at OFF were selected by the OFF curatorial team with the involvement of independent experts in the form of an open call.

AMONG THE 14 PROJECTS AT OFF

INHALE! coalesces around three larger and interrelated themes: ecology, Eastern European nationalisms, and political imagination. For visioning ecological futures, a fictional art-science research institution (ACLIM! Agency for Climate Imaginary) will be set up at OFF by the artist group xtro realm, in order to unleash the social imagination seeking a way out of the climate crisis. Through the everyday practice of eating, a closer look at the the impact of human activity on the environment will be taken by the group exhibition and speculative futurology project MENÜ Imaginaire, while Tomás Saraceno's and the Aerocene community's MUSEO AERO SOLAR, an inflatable floating sculpture made out of collectively gathered used plastic bags, will rise into the air above Budapest without fossil fuels, solely using the energy of the sun and the wind.

Are plants capable of eliciting social change or inciting spiritual civil disobedience by wielding strange unknown forces?––ask the artist and filmmaker duo Igor and Ivan Buharov in their new solo exhibition Revolutionparabotany, about the revolution carried out by plants. The pasts and the futures of ethnonationalism will be satirically examined and performed in the symposium by the Hungarofuturism (HUF) group. At the same time, the 19th century conception of a multinationalist nationalism will be the theme of an audio walk in the Little Melting Pot project.

Examining nationalisms and transnationalisms, the research exhibition Transperiphery Movement looks at the historical relationships and parallels between Eastern Europe and the Global South in the 20th century through the concepts of coloniality, peripherality, and migration. The contemporary art project RomaMoMA with exhibitions at OFF, is initiated as a forum for collaborative reflection on the future of an imagined transnational Roma Museum of Contemporary Art with the involvement of local and international, Roma and non-Roma artists, cultural experts, social scientists, and the civil sphere. RomaMoMA prefiguratively creates itself; it is an imagined and yet real space that is home to both Roma arts and artists.

Among the preliminary events to documenta fifteen is the Living Room project at OFF-Biennale 2021.

Responsible for the artistic direction of documenta fifteen, the Jakarta-based collective ruangrupa extended invitations to other initiatives to become “lumbung members.” Lumbung in Bahasa Indonesia means rice barn and can be utilized as a model of collective work and sustainability. The lumbung is where crops are stored and the surplus becomes shared common property. Currently, fourteen organizations––from Indonesia to Colombia, from Denmark to Kenya, including OFF-Biennale––come together as part of documenta to build a shared, collective, international lumbung; a symbolic granary made up of intellectual and material assets, beyond the scope of a mere series of exhibitions and events.

Lumbung is closely related to another symbolic space that determines ruangrupa’s way of thinking and mode of operation: the living room. The artist collective, also in conversations with lumbung members, regards the living room as a meeting place, a community space that accommodates casual conversation as well as initiatives and collaborations arising from it.

OFF will invite lumbung members and the public to its Living Room in Budapest, where local matters are discussed within a global context, with invited guests. At the same time, the Living Room in an Eastern European context, also refers to the situation in which critical voices and themes are increasingly confined to private spaces. In Hungary this phenomenon is one ramification of the shrinking of the autonomous (art) institutional framework and the dwindling of possibilities, which the pandemic has only heightened. As a hub for the public programs in the third edition of OFF-Biennale Budapest, the Living Room also accommodates the biennale’s Open Editorial Office, a common-knowledge sharing platform for the biennale’s organizers and participants. Its mission is to create a collectively edited publication through a flexible and open work process that inspires collective thinking.

In the current situation of the global pandemic, we cannot yet see the final format in which our plans will be carried out. In any case, whether this spring’s OFF will be composed of citywide exhibitions and events or online content, or the combination of the two, our greatest joy will still be that it is realized a third time; that it once again offers an opportunity for art to incite, inspire, inquire, provide a perspective, create a community, and build a bridge towards a more livable future.