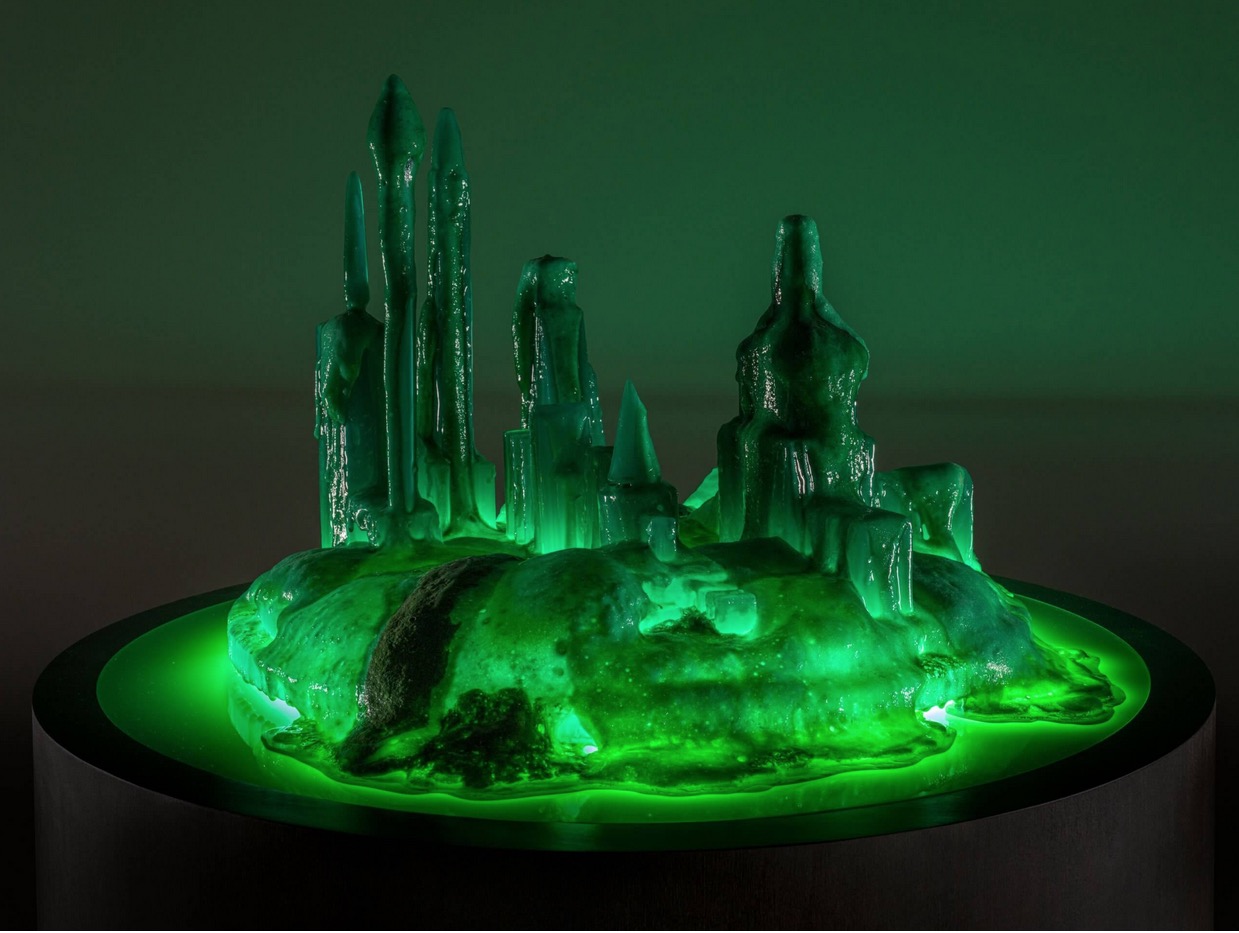 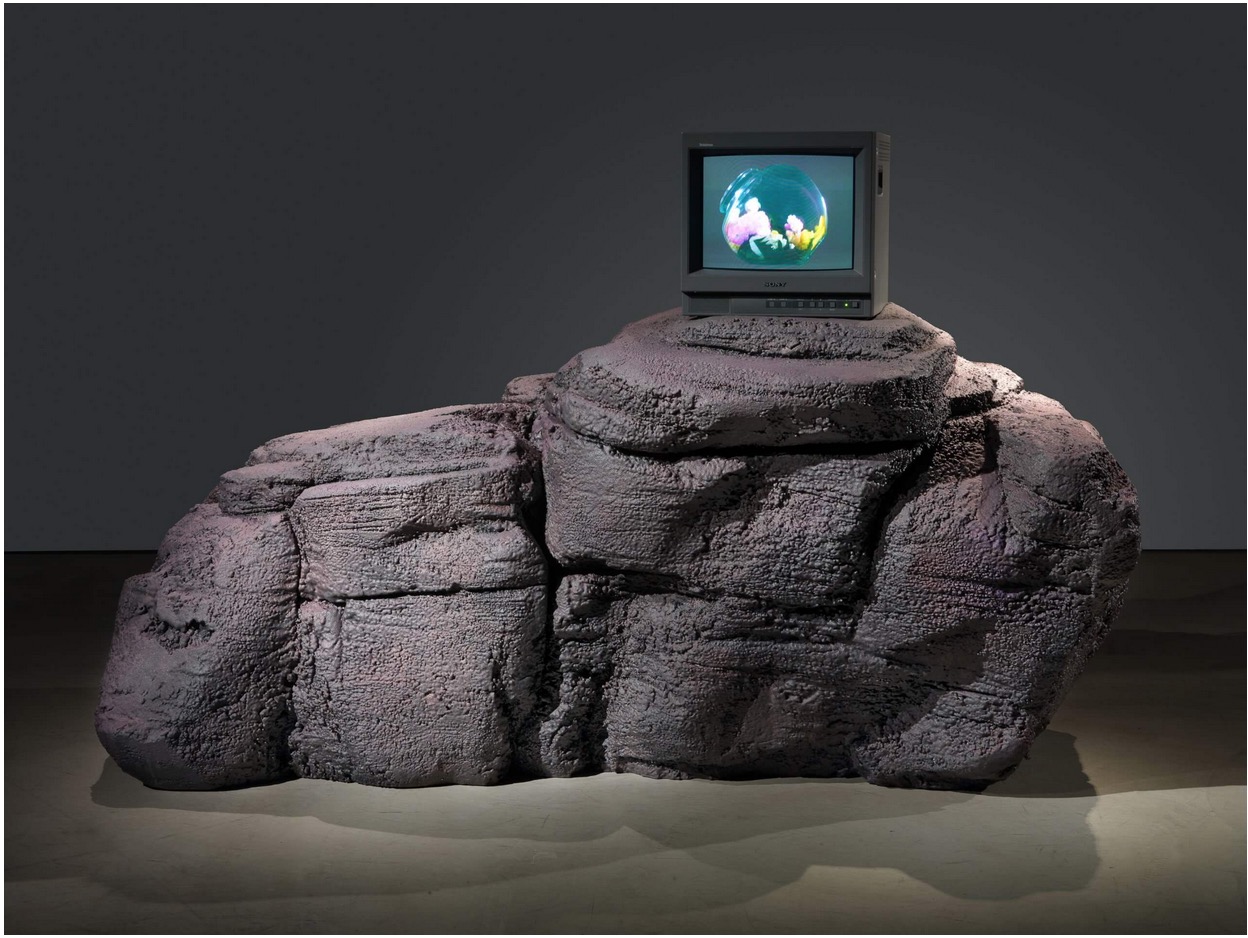 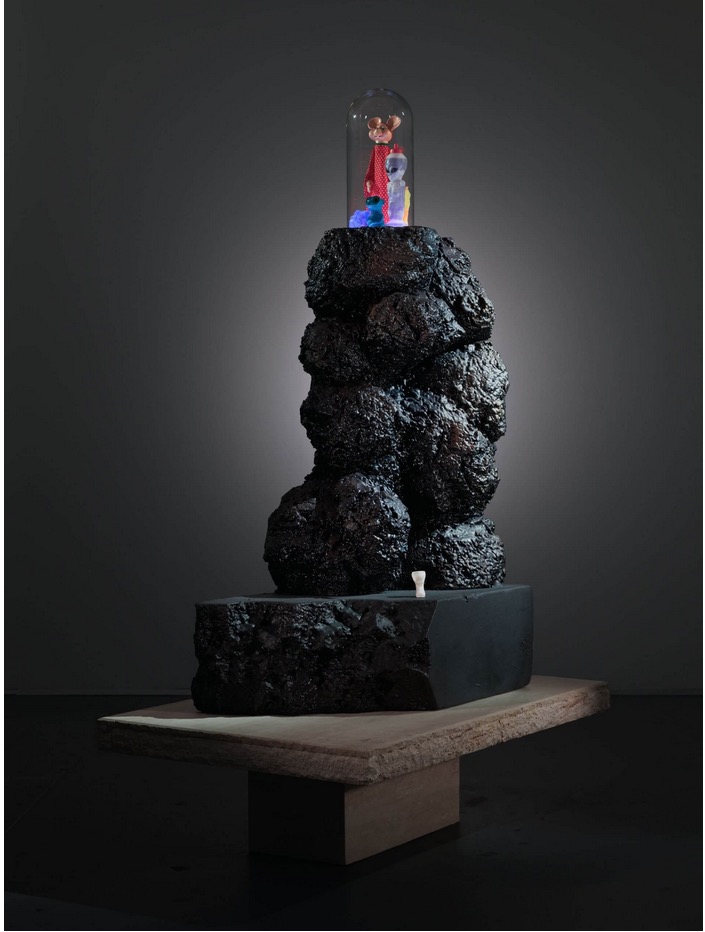 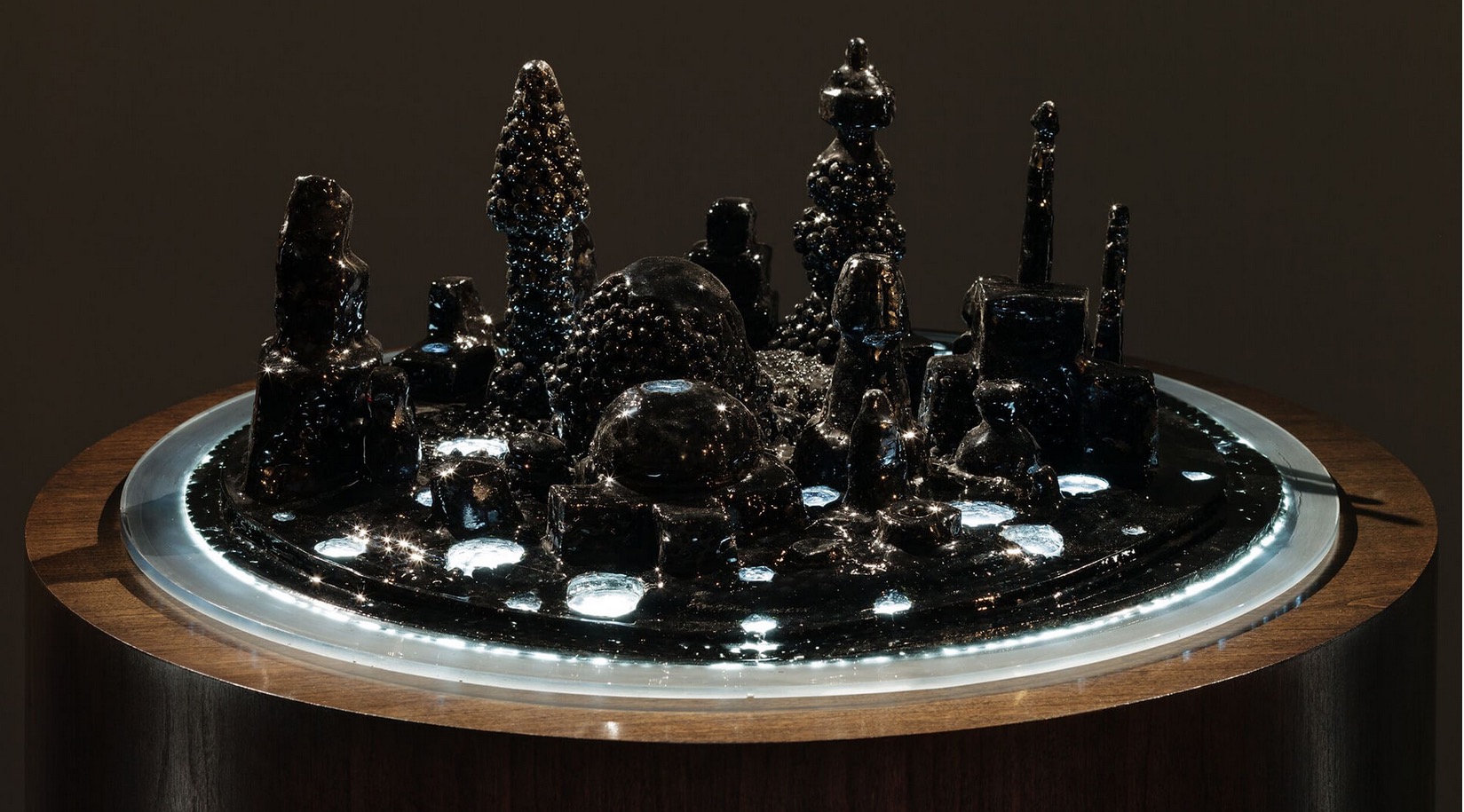 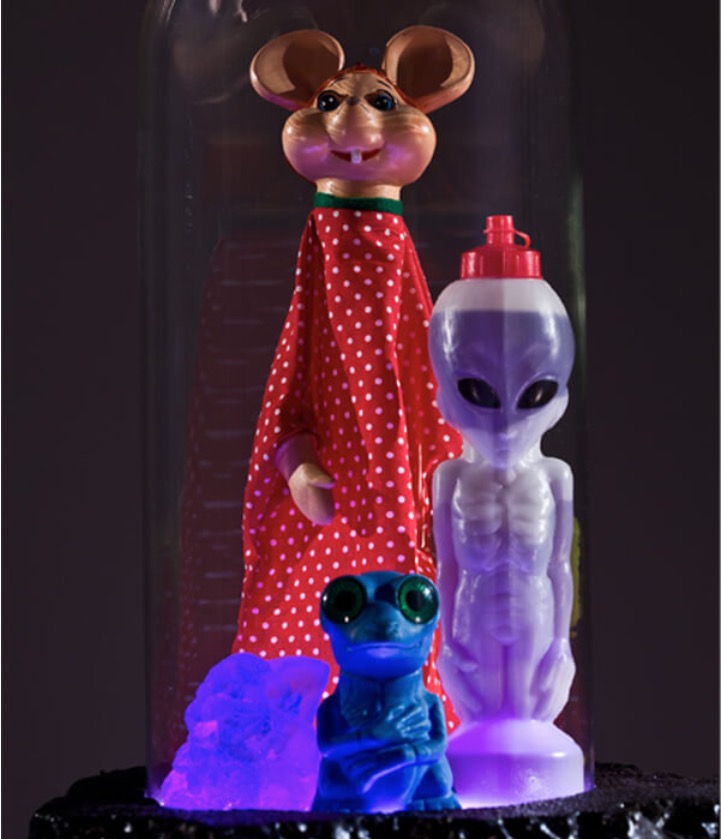 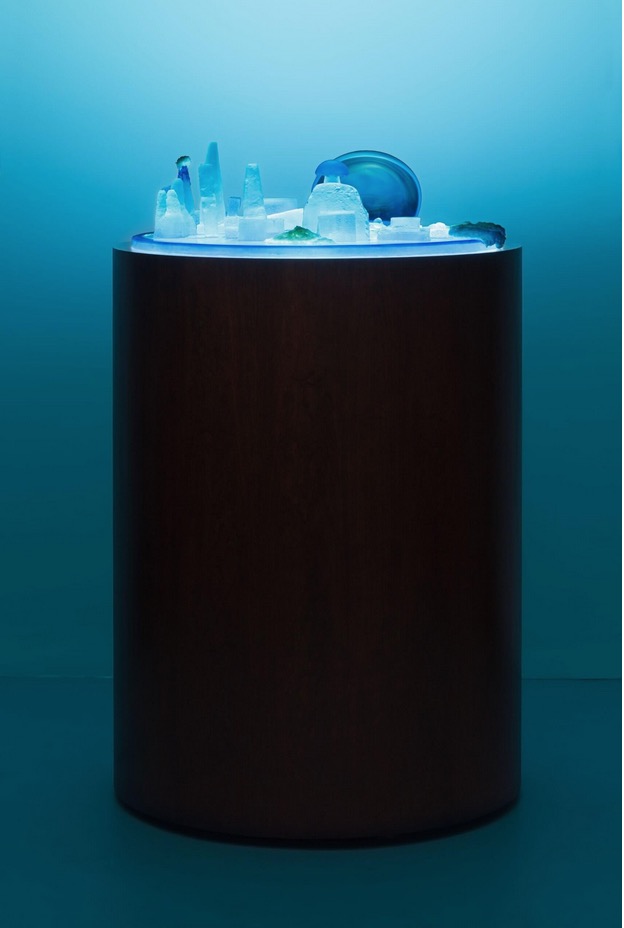 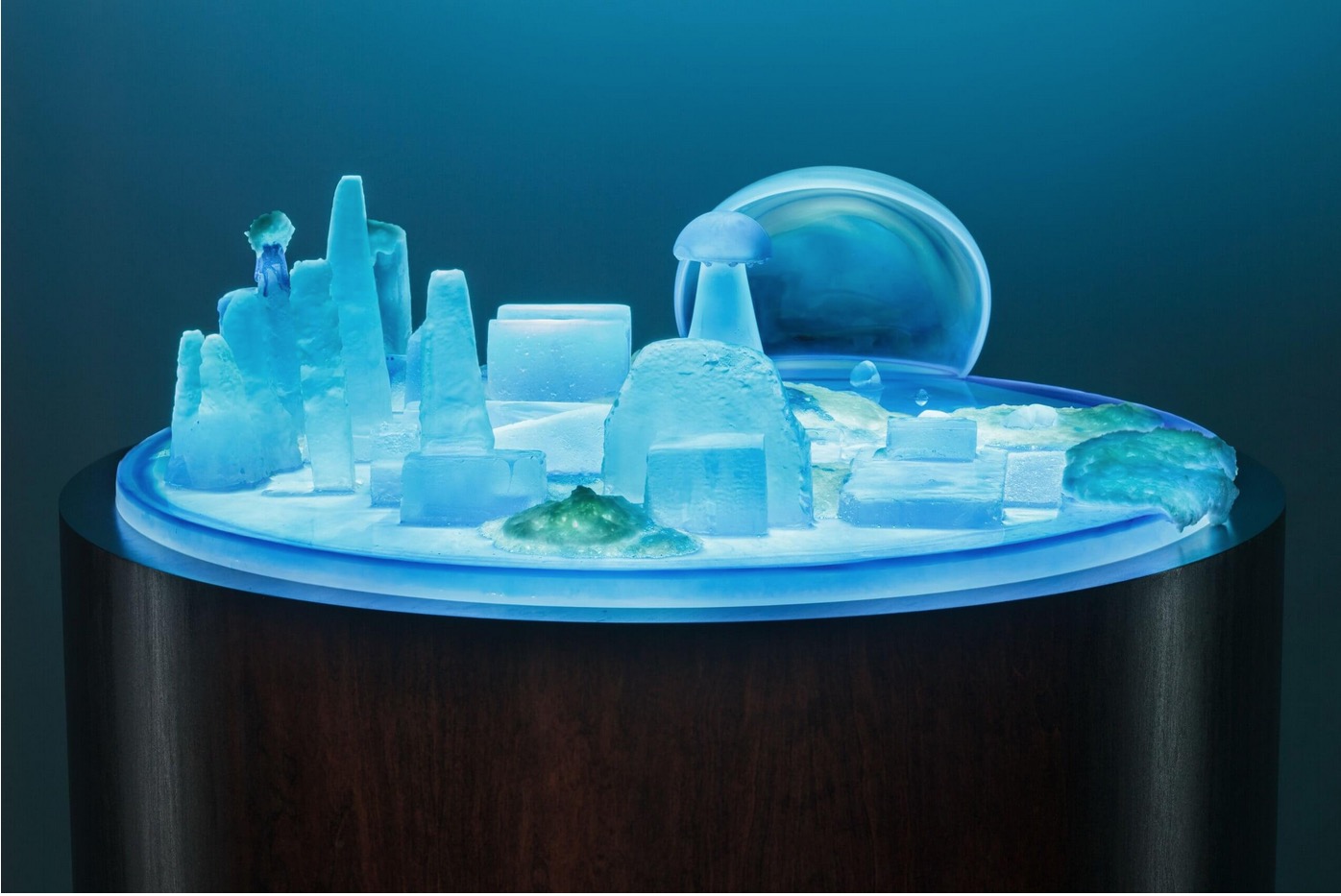 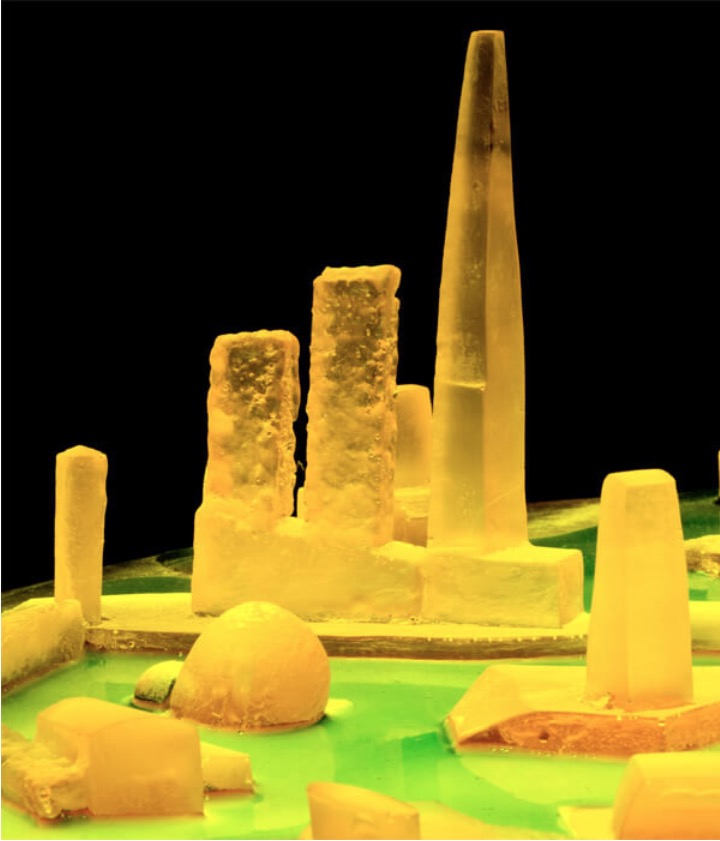 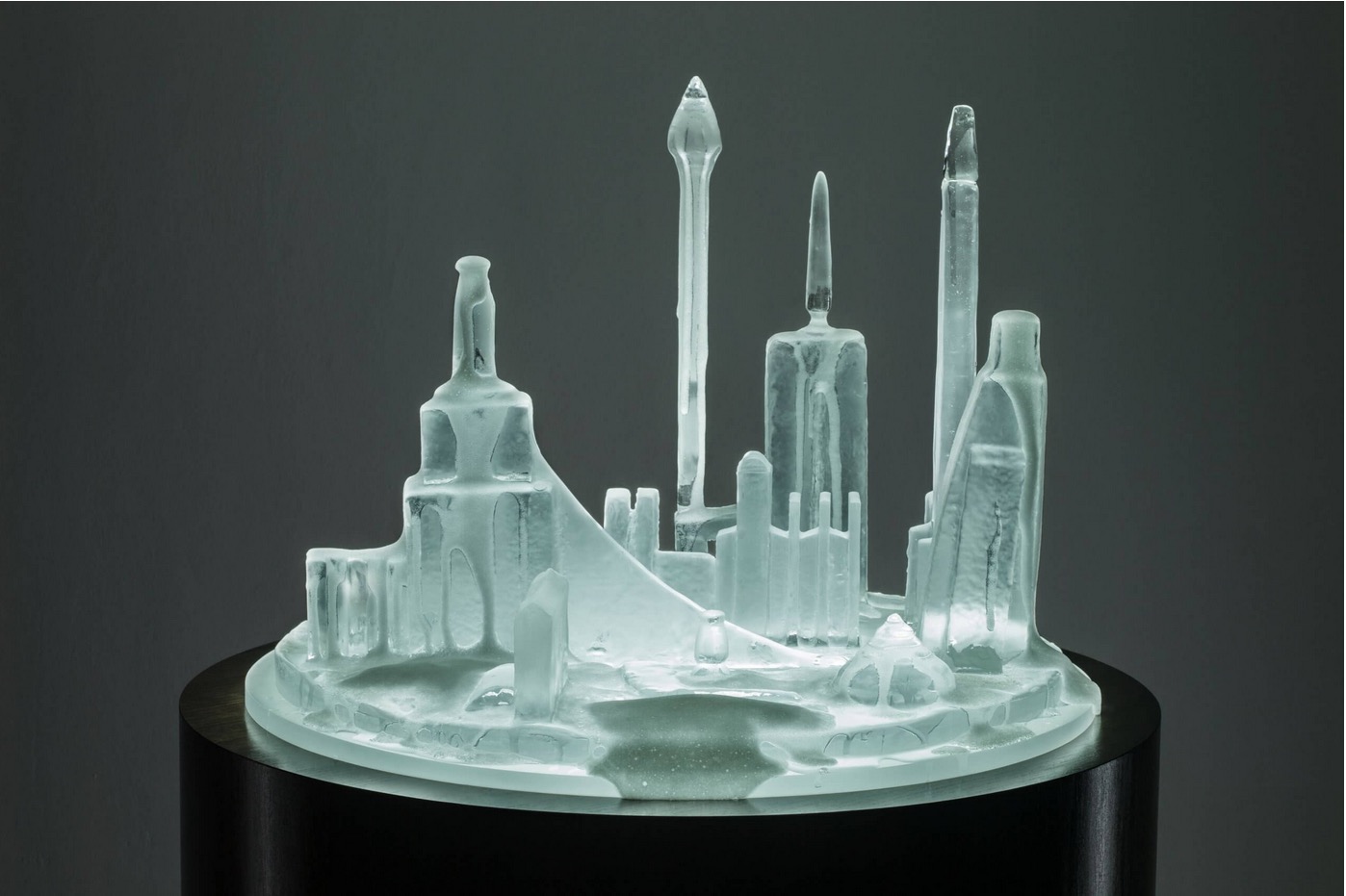 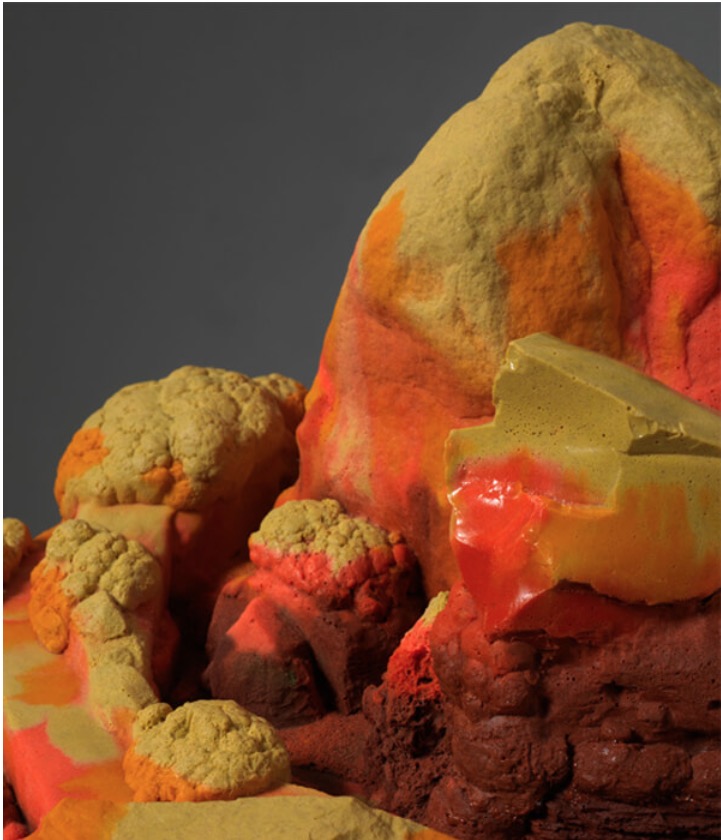 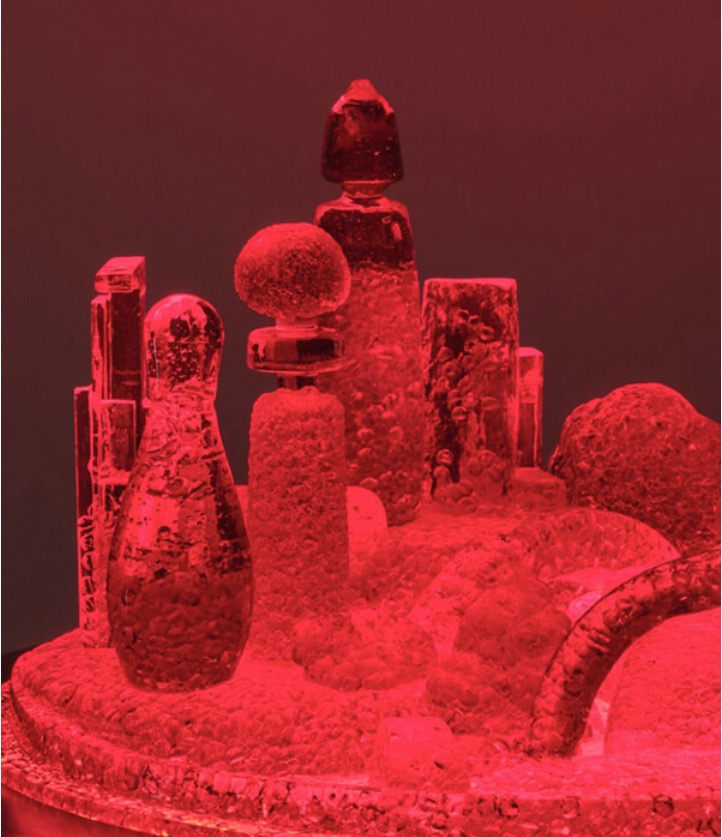 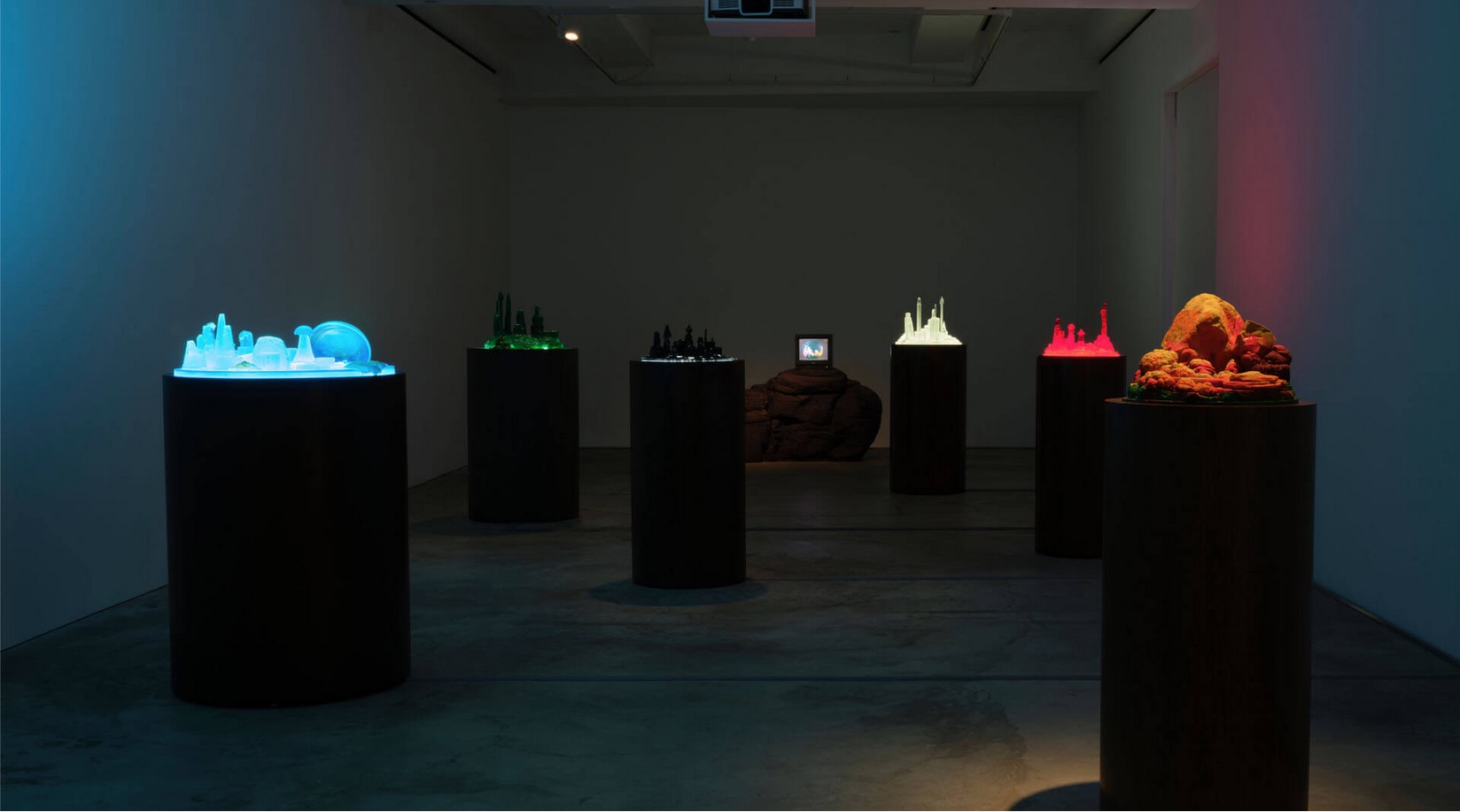 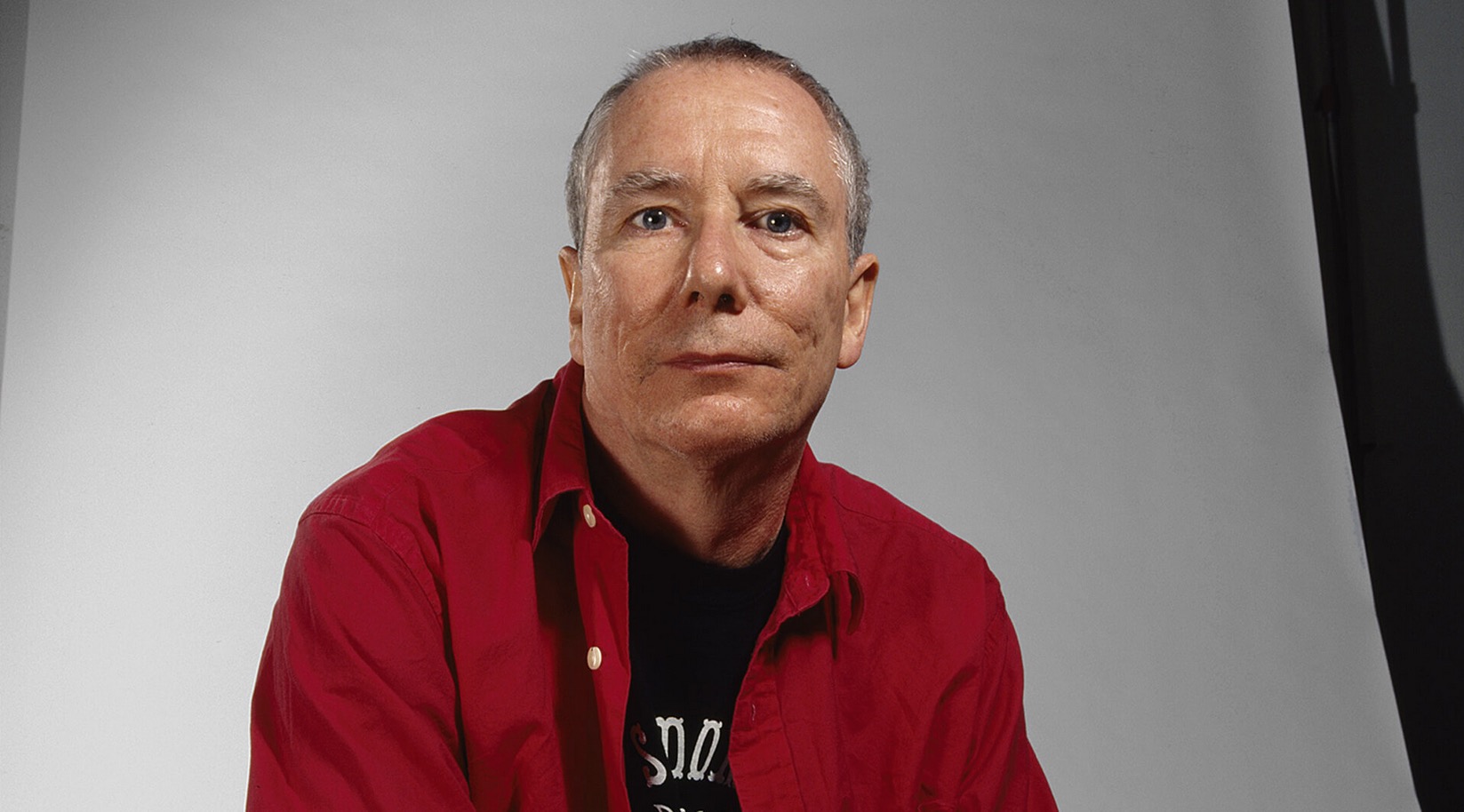 Kelley began his Kandors series in 1999, in preparation for a show at the Kunstmuseum Bonn that sought to emphasize and portray ‘new media of the past’—retrospective images of an idealized future. In response to the exhibit, Kelley chose to focus on the fictional city of Kandor: the hometown of the popular Superman comics’ eponymous hero. According to the books, Superman was sent to Earth as an infant from Kandor, the capital of his home planet Krypton, which was under attack and risked total destruction. Although sentenced to a future of displacement, loneliness, and longing on Earth, Superman uses his alien powers for the good and salvation of mankind on his adopted planet.

He later discovers that Kandor still exists, though in miniature form: stolen by an intergalactic archvillain Braniac prior to Krypton’s demise, the city was shrunk to a toy-sized metropolis and preserved inside of a glass bottle. Superman ultimately wrestles Kandor from Braniac and keeps the city in his Fortress of Solitude, sustaining its citizens with tanks of Kryptonic atmosphere. As Kelley once explained, Kandor functions for Superman as ‘a perpetual reminder of his inability to escape the past, and his alienated relationship to his present world.’