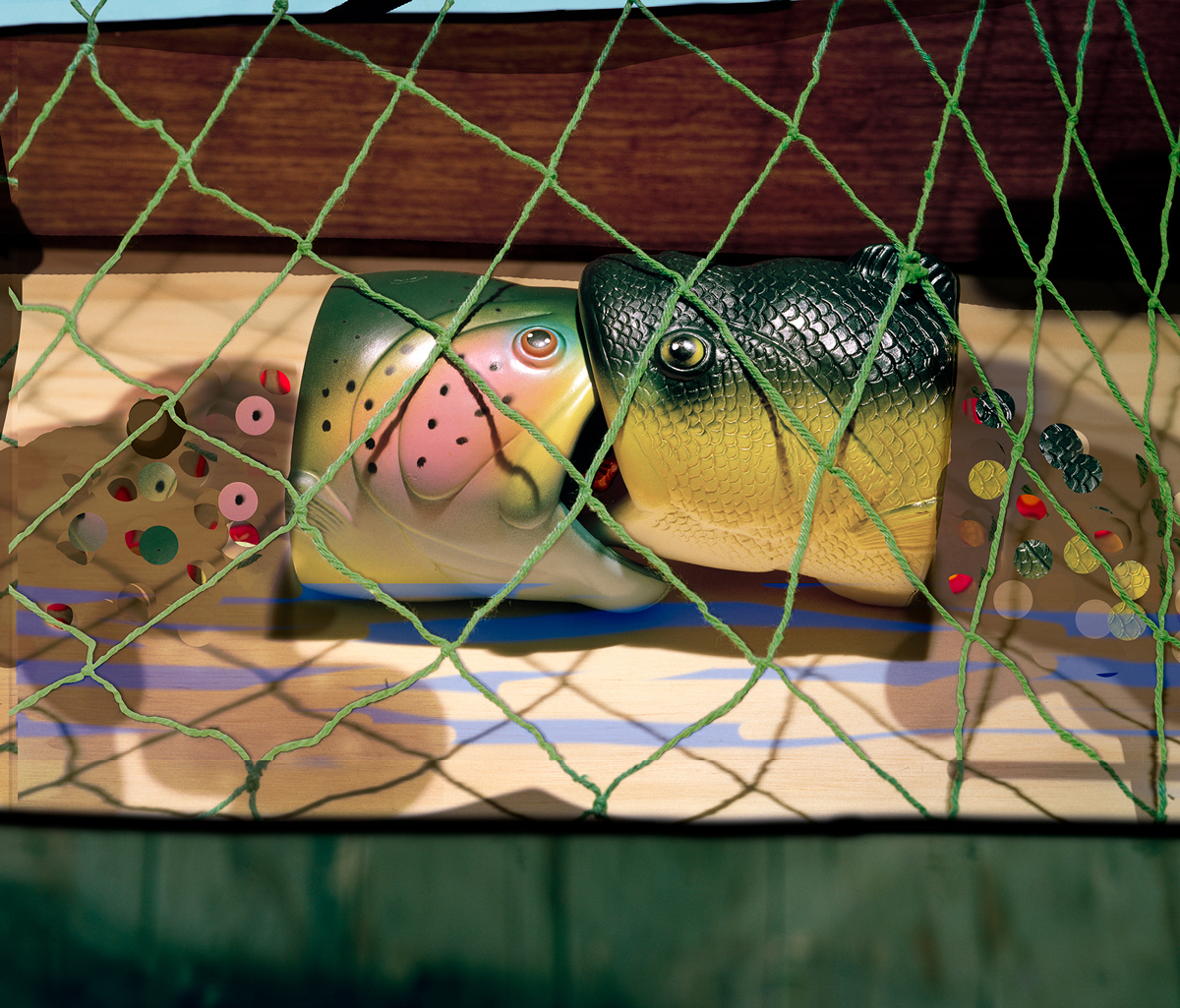 Lucas Blalock was ten in 1989, when his thumb was crushed beyond repair in a freak accident on Disney World’s “Pirates of the Caribbean” ride and surgically replaced with his big toe. The procedure was somewhat experimental—only a handful of similar operations had been attempted at the time—but it pretty much went off without a hitch, in a utilitarian sense. He exited the surgery one toe short of an even ten, but Blalock was able to maintain nearly normal use of his hand, thanks to his novel cut-and-paste digit.

This was the outcome that he and his parents had hoped for when he was loaded into the medical helicopter that whisked him to the hospital, drenched in blood and near catatonic with shock. But, as you might imagine, the psychic and physiological aftermath from the event has been ongoing. Some of this fallout was jarring, disruptive, paradigm-shifting: the trauma triggered an early transition into puberty, and all memories from his childhood before the accident vanished as if they had been sucked into a black hole, never to be recovered. Some of it was more subtle, pushed down just below the threshold of Blalock’s newly adolescent consciousness where it simmered quietly, cooking down a sense of nameless dread into a worldview.

There is no aspect of Blalock’s work that was not shaped by this personal tragedy. You can see it in the wonky way he deploys Photoshop to cobble together strange and disturbing new objects and monstrously remixed portraits, in the work’s gnawing sense of disquiet, in the way that he transforms dime store tchotchkes designed to project sunny, childlike optimism into objects of menace. This exhibition marks the first time that Blalock has attempted to grapple with this event directly, or at least as directly as one might expect from an artist whose work is as elusive and allusive as his.

The show’s scene is set with a collection of works that exude a sense that we are navigating a shoddily constructed fantasyland. In The Floridian (Urodisny), a sun-drenched wooden tabletop supports a notecard scrawled with childish waveforms resting beneath a sail-shaped piece of pointed metal on which an undulating flamingo-pink object is skewered, evoking Florida’s sun and sand with a slapdash economy of means. Similarly, in Pool Music, Blalock has festooned an empty swimming pool tucked behind a middle-of-the-road Art Deco hotel with a scattered collection of Photoshopped musical notes, a gesture that radiates cloying, insincere good cheer. On the flip side are works like Perforated Landing I, a creepy, dilapidated stairwell punctured with peepholes that look out onto patchwork of colorful materials, suggesting that we are being given a peek behind the scenes of a world of artifice, where things are much darker than they appear on the outside.

Interspersed with this scenery are nods toward the unseemly realities of the body—its frailties, its unruliness, its horror—that have been commonplace in Blalock’s work for years, return here freighted with additional psychic weight. His three kinetic sculptures, dubbed “Film-Objects” due to their comically impoverished resemblance to proto-cinematic 19th-century zoetropes, which often depicted human or animal bodies in dynamic, eye-catching motion, ironically point to the body in a state of torpor or death. In other works, objects serve as stand-ins for states of psychosexual distress, like the limp, uncooked hotdog in Single Father, the hirsute medical brace in Hairy Armature, and the sickeningly slick-surfaced, vulva-like object in Rubber Dog Toy Insides, multigraph, a chew toy in the shape of a hotdog that has been cut open and turned inside out, photographed using another popular piece of 19th-century optical trickery. Redolent of the universally relatable shock of puberty, these works suggest that the loss of his appendage became queasily linked to the body’s more natural upheavals.

The show is also populated by a bizarre cast of animal familiars and ghostly entities. These kinds of characters have popped up in Blalock’s work before, but they are similarly inflected with new flavors of meaning in the context of this exhibition’s autobiographical turn. For instance, creatures like the disturbingly bulbous-tongued tiger in Blep, or the cartoonishly phallic squirrel in Squirrel, multigraph, seem like they could be members of a troupe like the dwarfs in Snow White and the Seven Dwarfs (1937), if they hailed from a bizzaro Disney universe where libidinal forces were allowed to run wild, rather than remain repressed. Relatedly, the pink, amorphous specters lounging on their loungers in Florida, 1989 are almost cute, until their hollow eyes force the realization that they have been dialed in from some nightmare corner of Blalock’s unconscious, where there’s always trouble in paradise. Animated Dad Shirt, a grotesquely puffed up button down with mangled, club-like arms that has taken on a life of its own, gets further to the heart of this nagging feeling of uneasiness, whose persistence seems to have been the accident’s lasting legacy. Here the archetypal Father—protector, sense maker, authority figure—is revealed to be nothing more than a stuffed shirt, just as the saccharine promises of everlasting happiness and stability spun by the likes of Disney and woven into the fabric of the American Dream were, in a bloody instant, revealed to Blalock to be fraudulent. In the place of these broken fantasies, we are left with the question: just who exactly is in charge here, anyway?