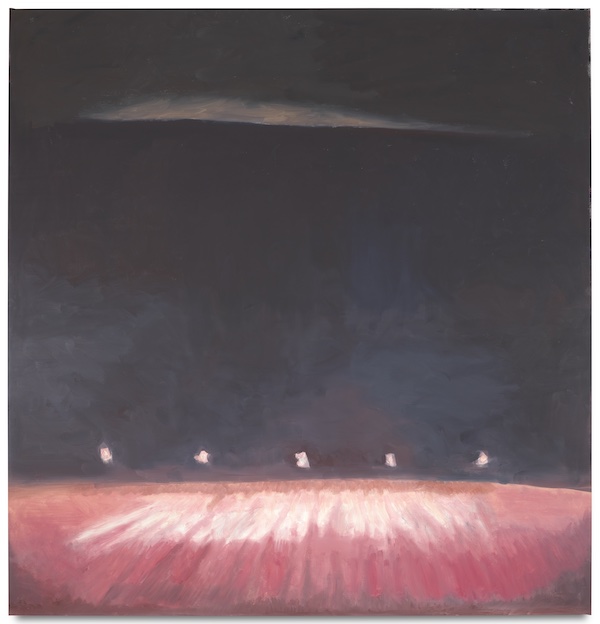 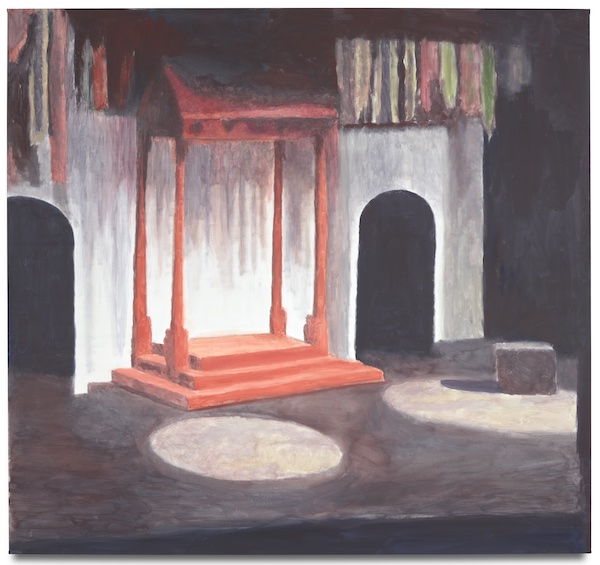 The exhibition centres on four monumental canvases on which numbers are painted. The almost light-emitting figures seem to float in a dark space. The background is so rich in colours – painted in many shades of violet and indigo – that it seems as if the numbers are vibrating on a TV screen. The numbers are in fact based on film stills the artist made from his own films from the 1980s. A few months ago, he first painted the numbers in gouache on paper, but then immediately came upon the idea of realizing these graphic images on a large scale on canvas. The format of the works has both an immersive and cinematic impact on viewers.

Numbers have always been an important motif in the oeuvre of Luc Tuymans. In the 1970s, he glued the days of a tear-off calendar on the front of his canvases to organize them, and in the 1980s he made drawings based on numbers that he filmed with his Super 8 camera. The artist is interested in the tension that emerges between the concrete reality of the numbers and the fictional character of what is depicted. The monumentality of the works was moreover inspired by a visit to the Rothko Chapel in Houston, Texas.

The other paintings in the exhibition capture stilled moments. Intermission and The Stage show the empty stage, the interval during a theatre performance. These are moments of inactivity that also contain great tension. It is no coincidence that the current pandemic has a similar effect: life seems to be on pause and we just have to wait and see what the post-Covid world will look like.

With this exhibition, Luc Tuymans is seeking to create pertinent images in the midst of a global crisis. The numbers are at once abstract and concrete, but also universal. They seem to be counting down to something new and refer to the statistical reality with which we are constantly confronted by the media. During the lockdown, the artist created several short animation films lasting a few seconds, all of which were titled Seconds. The intensive and time-consuming process of animating series of gouaches was probably only possible thanks to the time that was suddenly available.

At the back of the gallery Luc Tuymans is showing his most recent animated film, titled Happy Birthday. The series of drawings on which this film is based can also be seen in the gallery. The film depicts an inflatable duck on which a laser show is projected. The light and comical character of this work stands in stark contrast to the physical size and metaphysical gravity of the paintings.