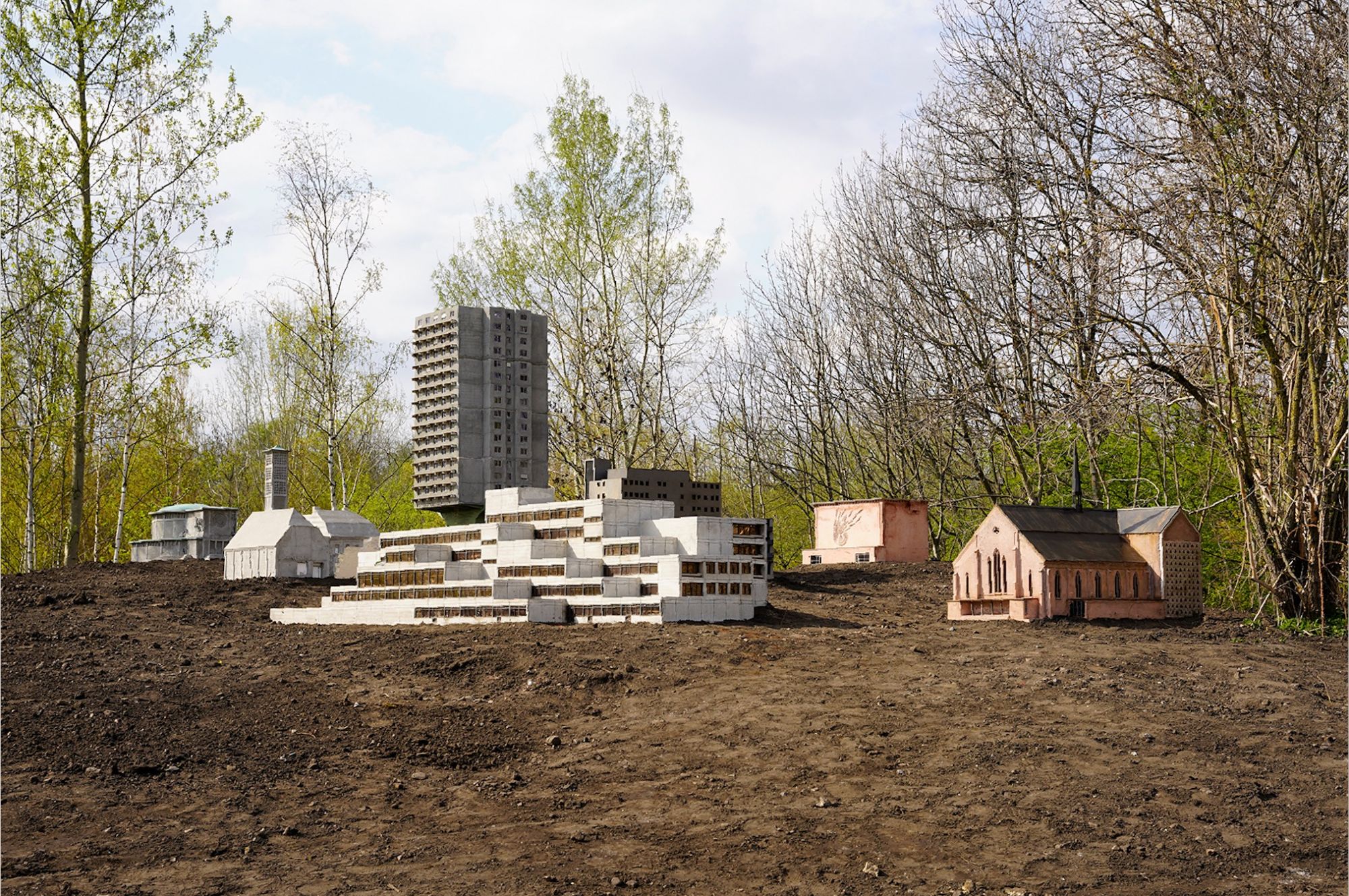 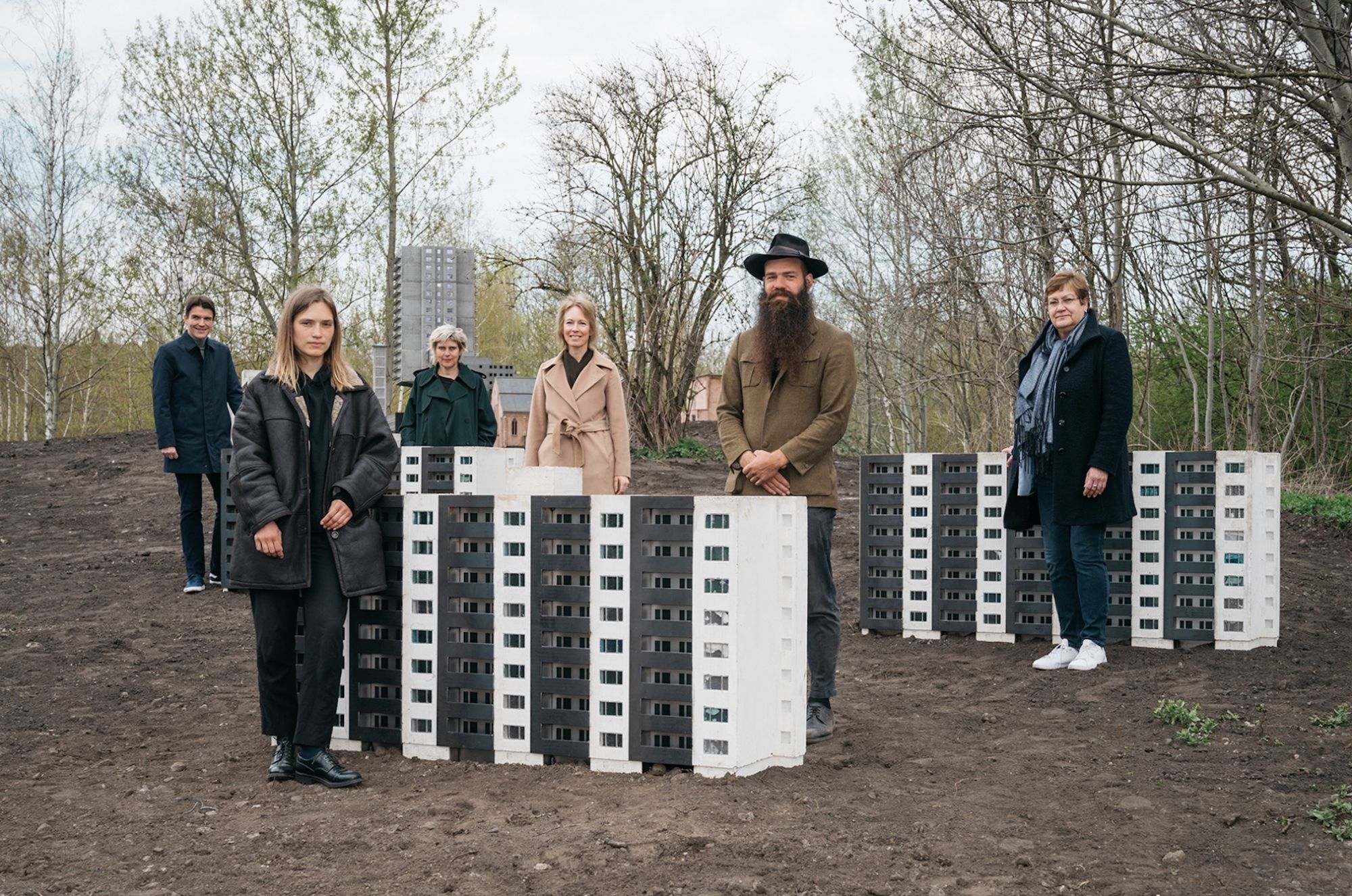 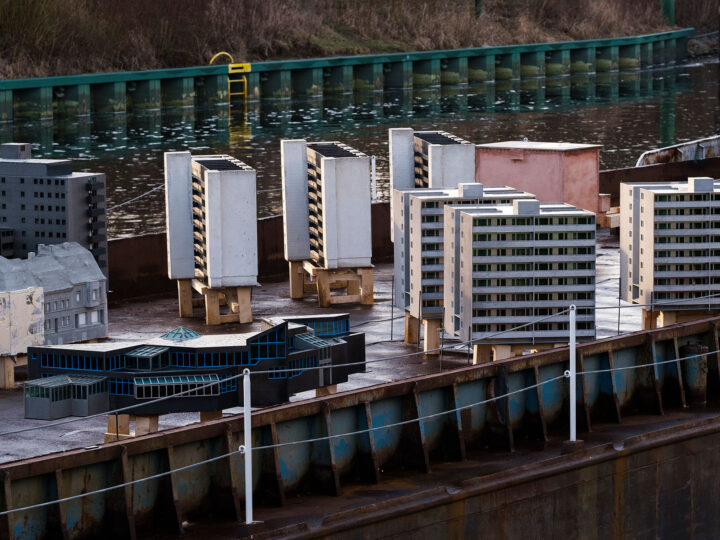 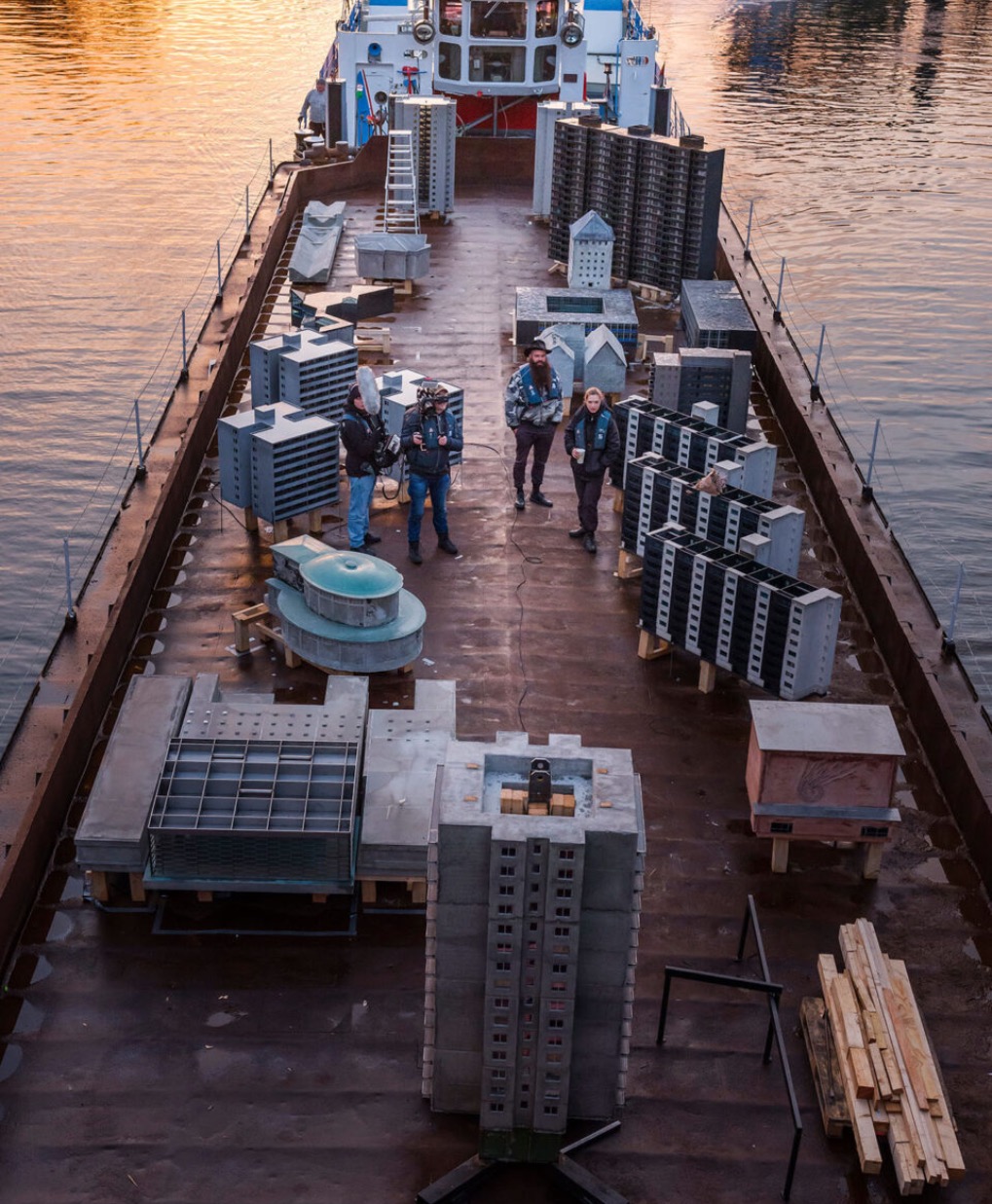 Julius von Bismarck has created in collaboration with Marta Dyachenko a miniature city at the Old Emscher in Duisburg. »Neustadt« consists of model house sculptures that once shaped the Ruhr area, but have been demolished since the 2000s.

On a scale of 1:25, Marta Dyachenko and Julius von Bismarck have brought former apartment buildings, schools, fun pools, churches, bunkers and other buildings back to life as sculptural models made of concrete and steel. A fictitious city structure made of demolished buildings is thus created in model format at the Duisburg-Nord Landscape Park.

"In 'Neustadt', society and architectural history are not revealed through new creations, but through the decision of which architecutre was removed. The whole complex becomes a negative of contemporary building politics - a city as an antiversion that is nevertheless permanently installed in reality through the materials used - steel, glass and concrete."
Julius von Bismarck

The Emscherkunstweg – Emscher Art Trail – is a permanent collection of art in public space: eighteen artistic works accessible to everyone at all times and free of charge. Along the banks of the Emscher river you’ll see the unique conversion of the waterway that has decisively accompanied structural change in the Ruhr region.