Hito Steyerl: Factory of the Sun 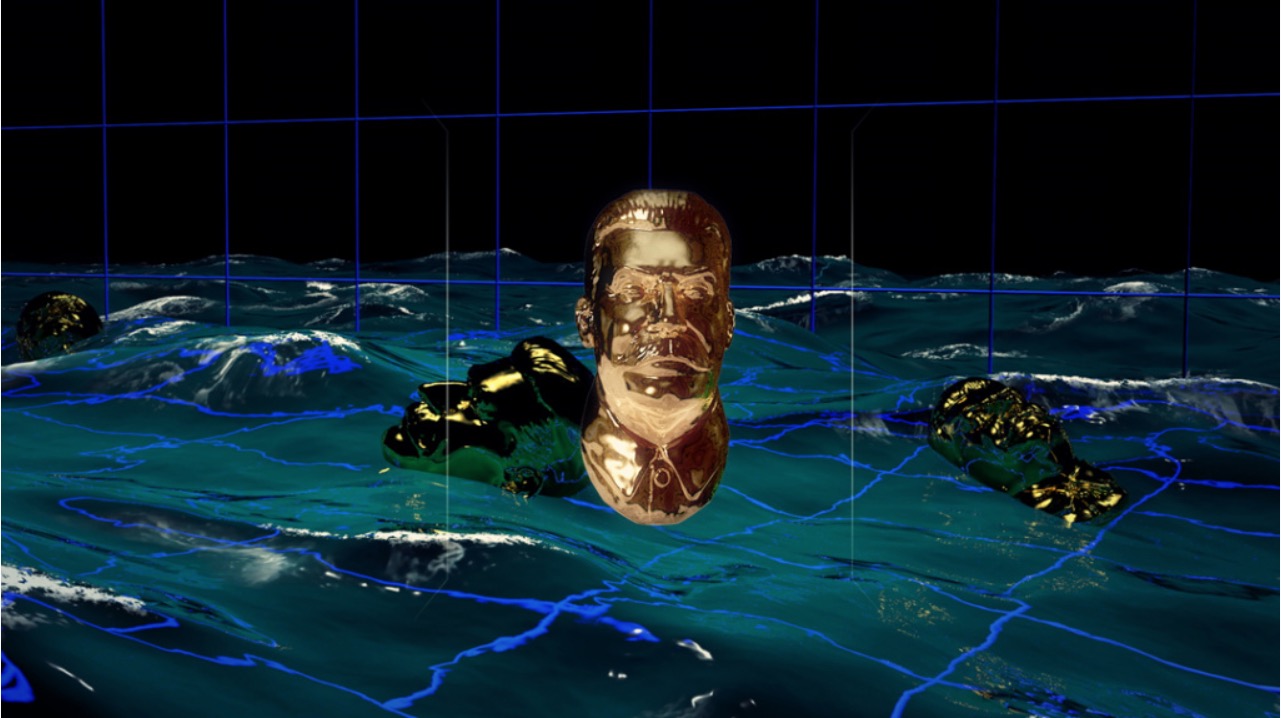 Hito Steyerl: Factory of the Sun

SJMA presents the landmark installation Hito Steyerl’s Factory of the Sun (2015), a joint acquisition between the Hammer Museum in Los Angeles, the Museum of Contemporary Art in Chicago, and SJMA. The critically acclaimed, immersive video debuted at the 2015 Venice Biennale. It is inspired by a quote from Donna Haraway’s Cyborg Manifesto (1985), describing machines as “made of pure sunlight.” In the video, Steyerl explains: “Our machines are made of pure sunlight. Electromagnetic frequencies. Light pumping through fiberglass cables. The sun is our factory.” The premise of machines made of pure sunlight is not a romantic one for the Berlin-based artist. Steyerl has long attuned herself to the power of image and their reproduction, particularly documentary images, to manipulate our worldview.

Factory of the Sun tells a surreal story of workers whose forced dance moves in a motion capture studio are turned into artificial sunshine. The story is based on an actual YouTube phenomenon (her studio assistant’s brother whose viral homemade dance videos were used as a model for Japanese anime characters) and a news story about an experiment at CERN nuclear research facility that claimed to have measured a particle traveling faster than the speed of light. On screen, Steyerl interweaves fact and fiction; a montage of YouTube dance videos, drone surveillance footage, real documentation of recent international student uprisings combines with video game characters, fake news, and dancing, gold lamé-costumed avatars. In this imaginative reality spun from Haraway’s theory, the motion capture studio’s glowing grid of blue LED lights extends beyond the screen into the gallery, like a Star Trekkian “holodeck” able to materialize a different world in three dimensions. Modern warfare, corporate culture, and anti-capitalist resistance movements are played out by disembodied characters—avatars, bots, or proxies for the human viewers who watch the video from the vantage of reclined beach chairs.