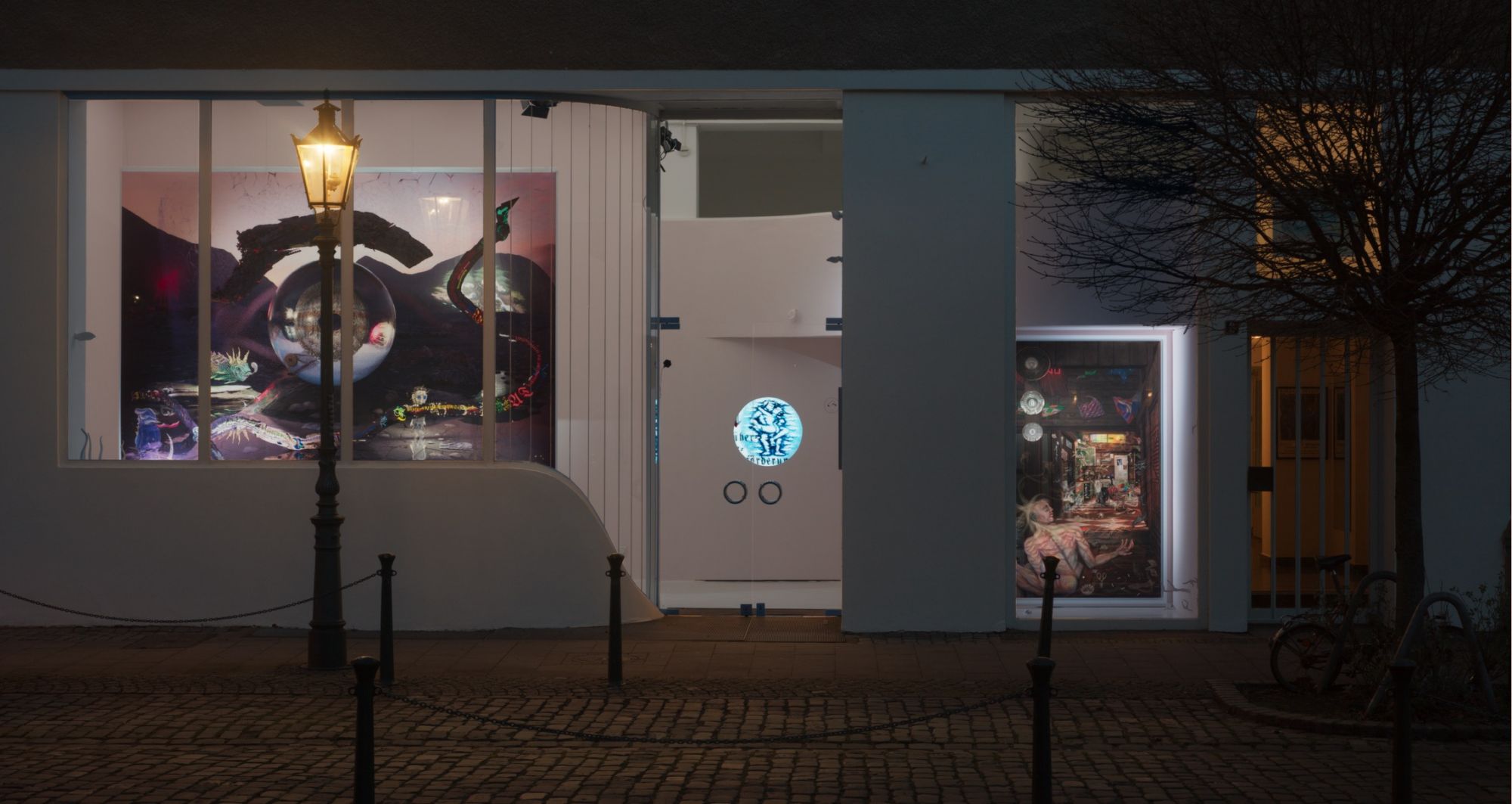 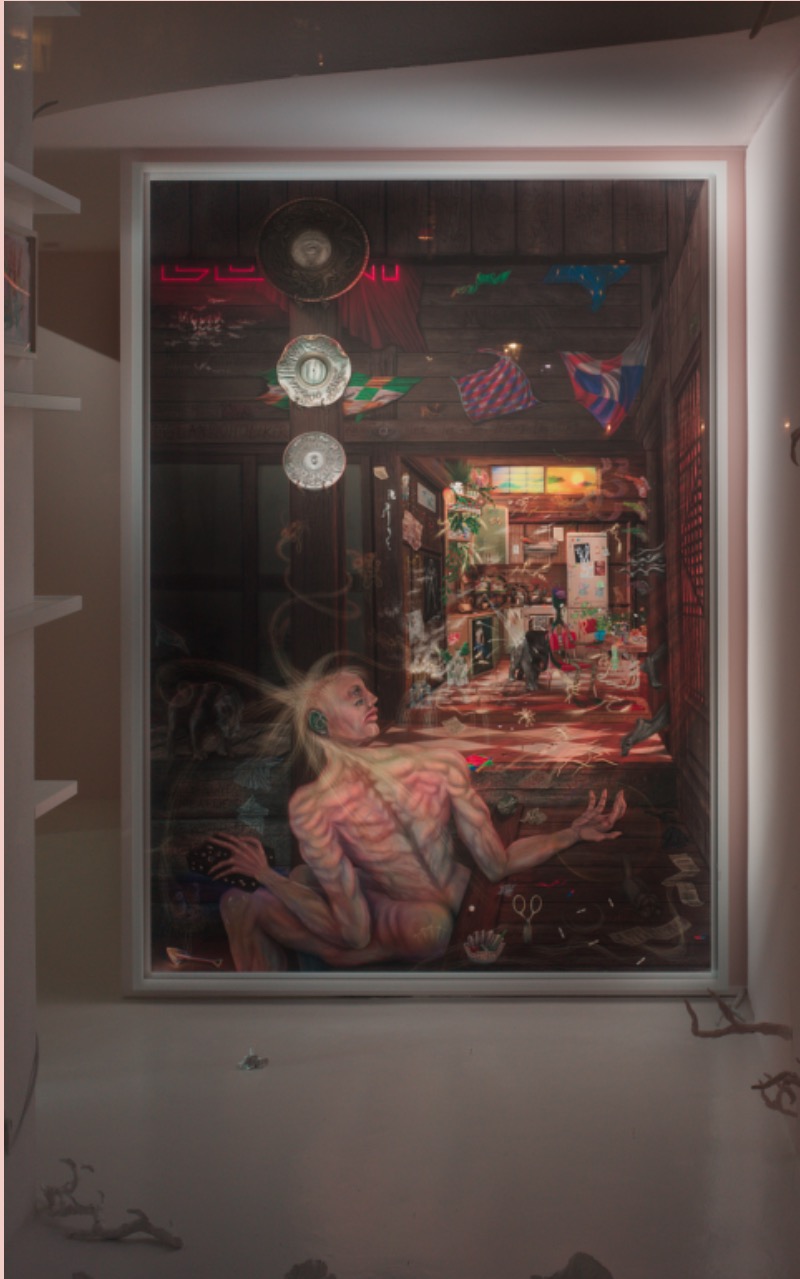 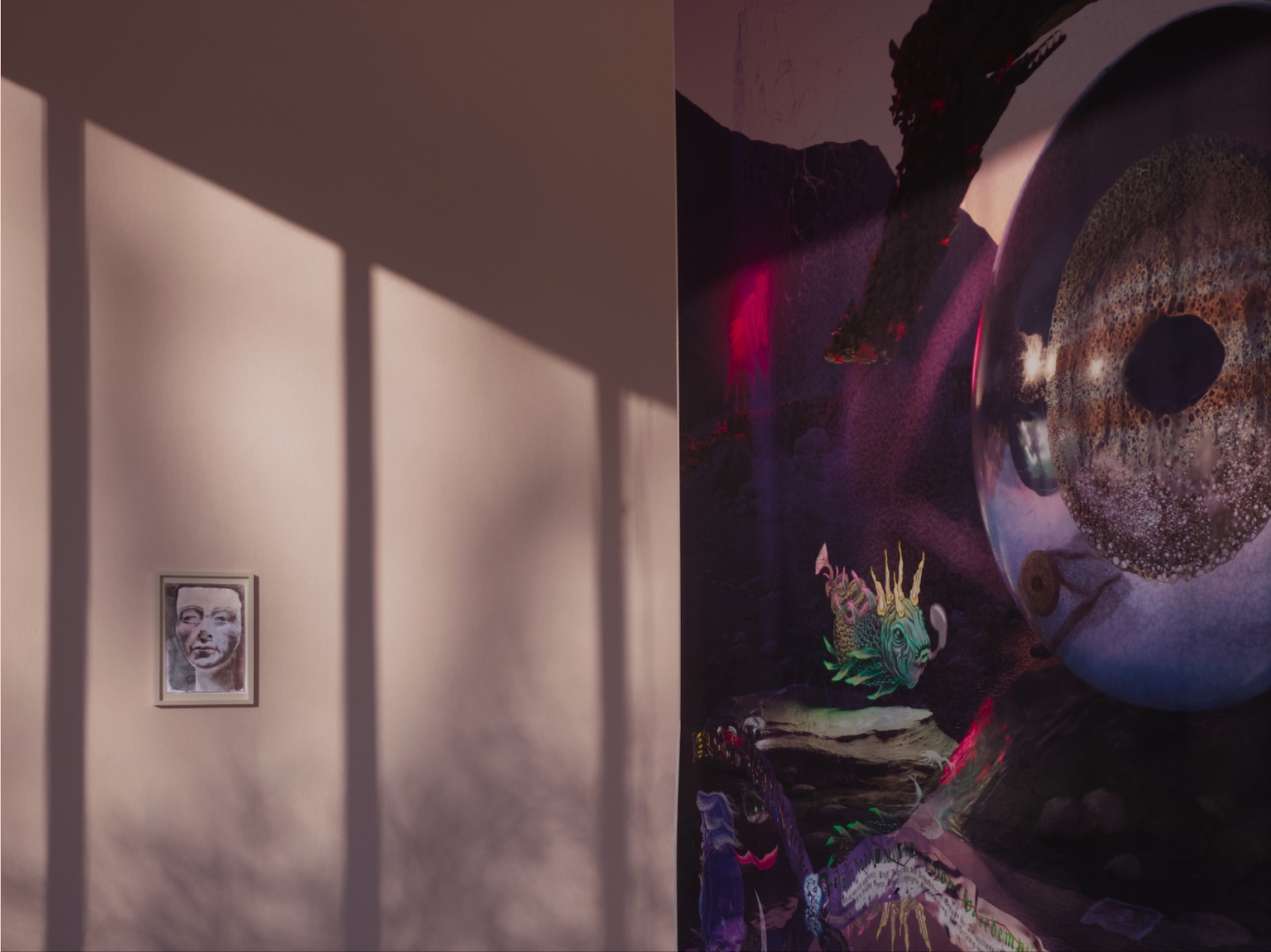 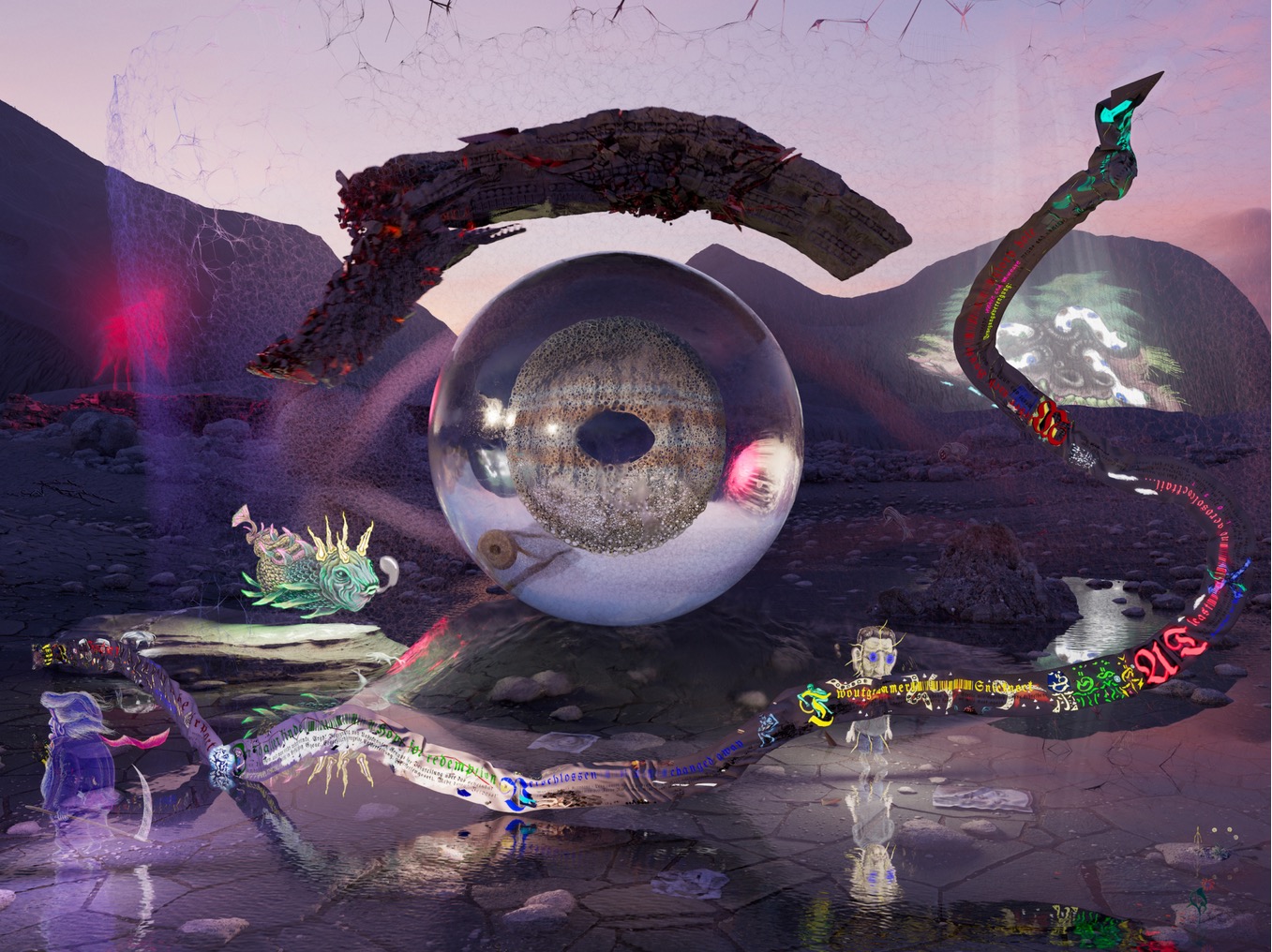 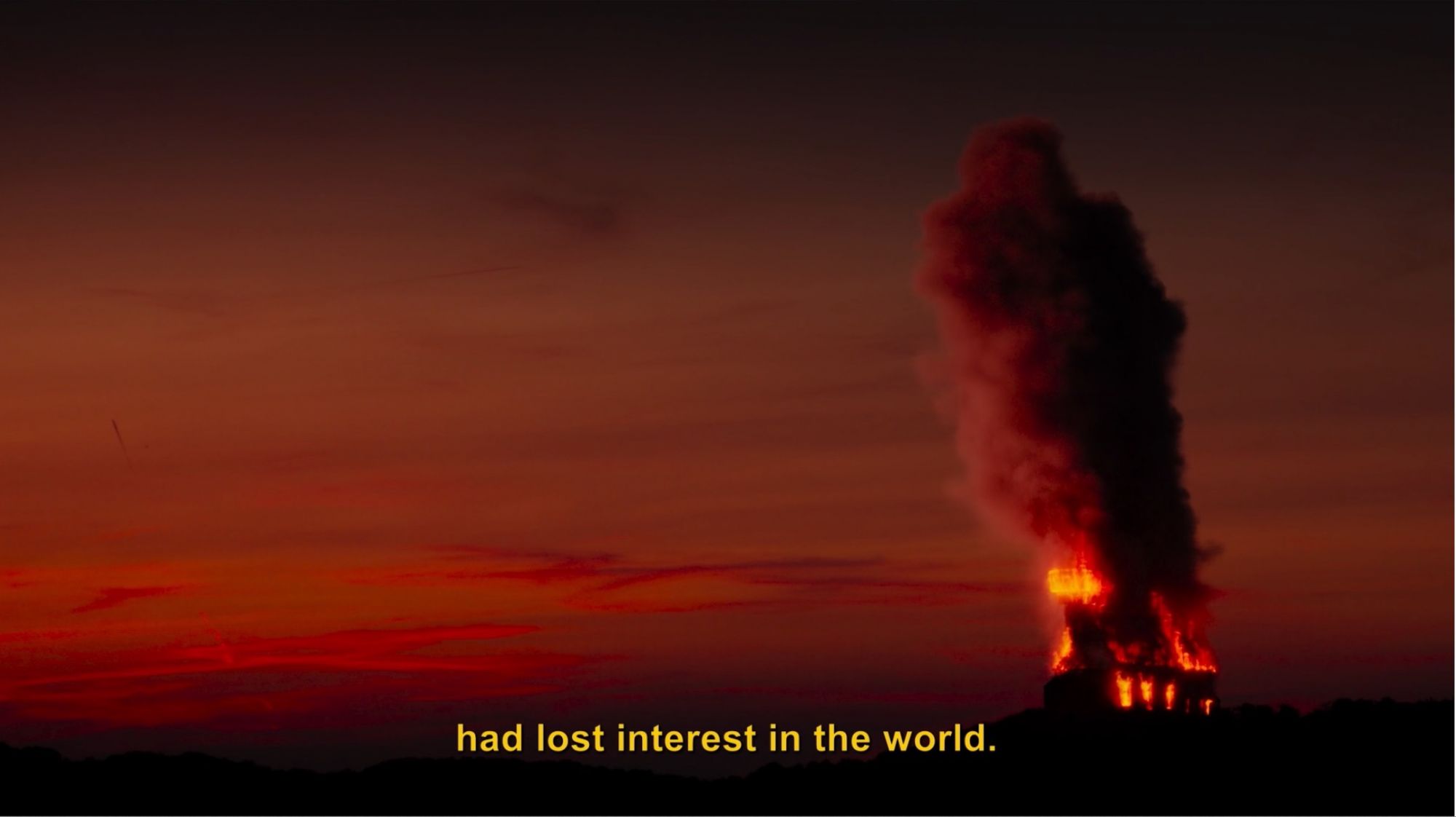 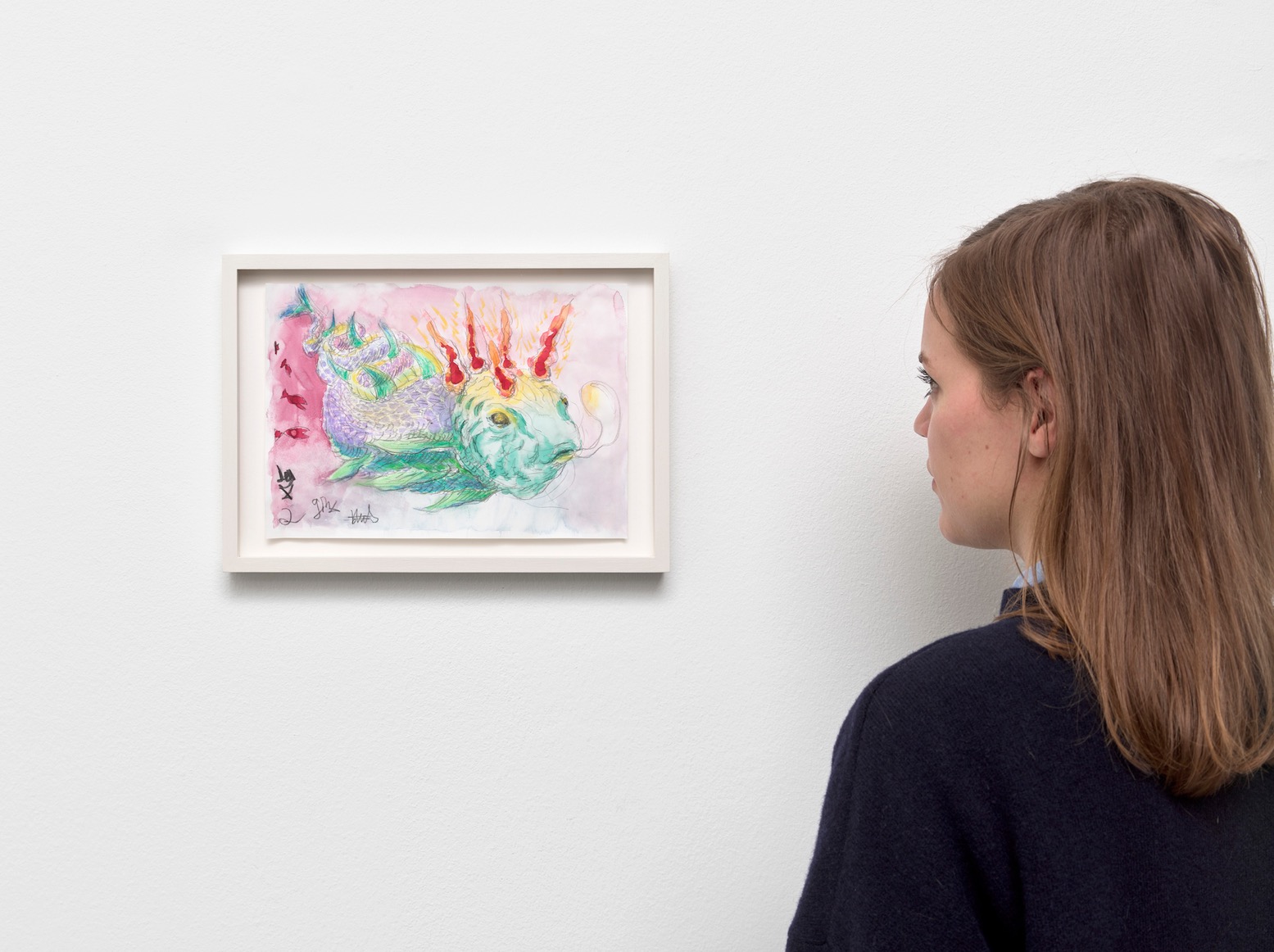 Sies + Höke is delighted to announce that Hedda Schattanik and Roman Szczesny have joined the gallery, with their first solo exhibition loom.

The images on show are produced in a complex and slow process of adding layer to layer, through different digital tools and algorithms. Digital drawings appear in virtual landscapes, working as light-sources of their own or become textured and haptic, by the means of not fully predictable algorithmic processing. It is a process of constant input-output, reworking and replacing.

We are going to meet different characters, Melankoholiker or Struwwelpetra, P. or Pevlov, an immense floating eye, supposedly belonging to one of the characters, some of which have appeared in previous works. Character- and narrative development is a loose but generative drive to the images and is a way of investigating unknown land or new visual worlds, through the perspective of a specific person. But often, the specific narratives and circumscribed characters fall away; they have become a DNA, that hovers in the background and guides what has now established itself as a world of its own.

Hedda Schattanik (b. 1992 in Westerstede) and Roman Szczesny (b. 1987 in Bensberg) interweave cinematographic elements with surreal animation, literature, drama, sculpture, photography and drawing in video installations. Both artists graduated from the Düsseldorfer Kunstakademie and have been working together since 2014. They live and work in Düsseldorf.

Their main artistic practice expands the traditional boundaries of art-making, while reflecting the perceptions, preconceptions and contradictions which characterize our existence in the world. A dreamlike narrative seems to be the backdrop of each of their art works. While the observer tries to understand the logic behind the opulence of each image, all that remains is the intensity of each individual moment that questions the human identity.