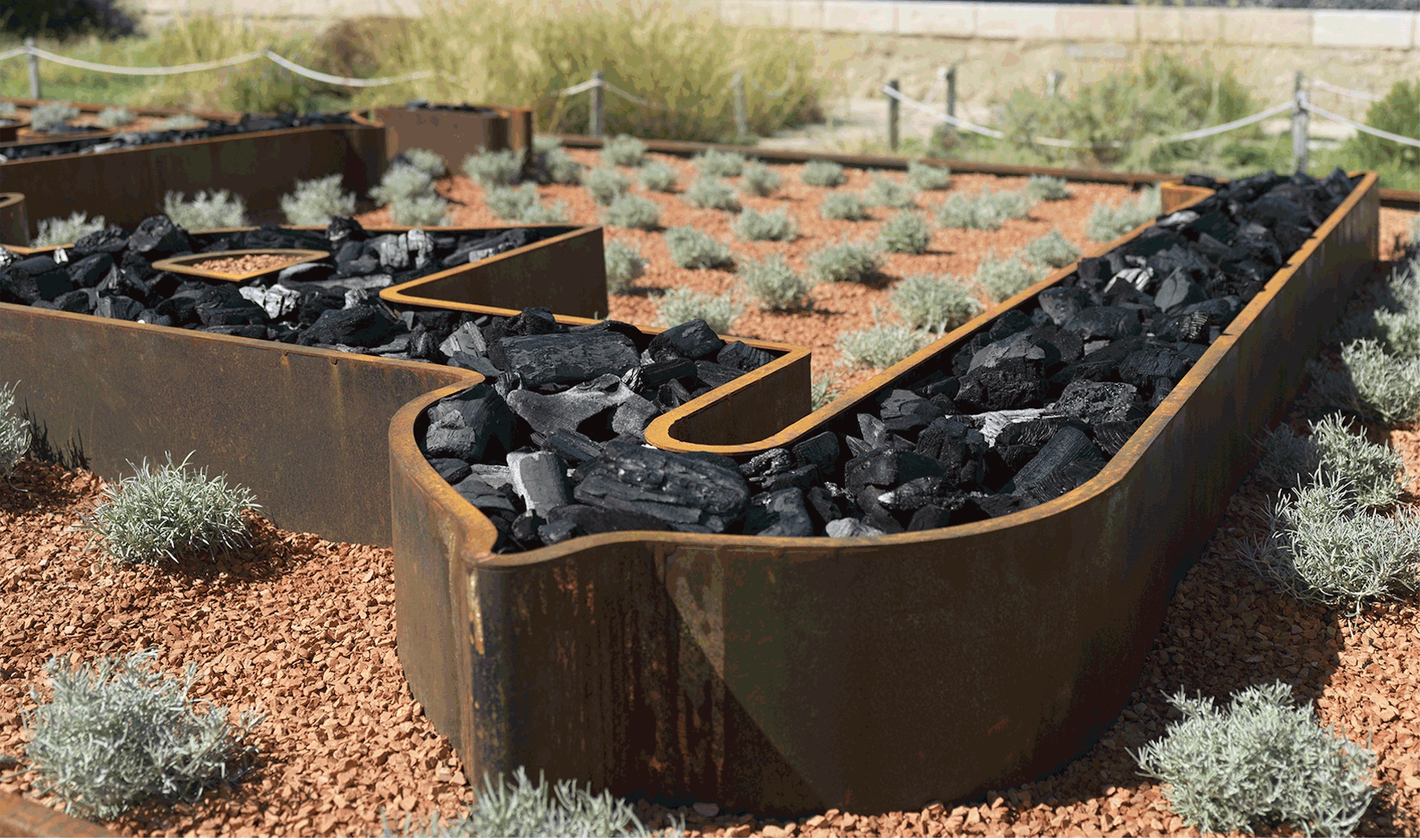 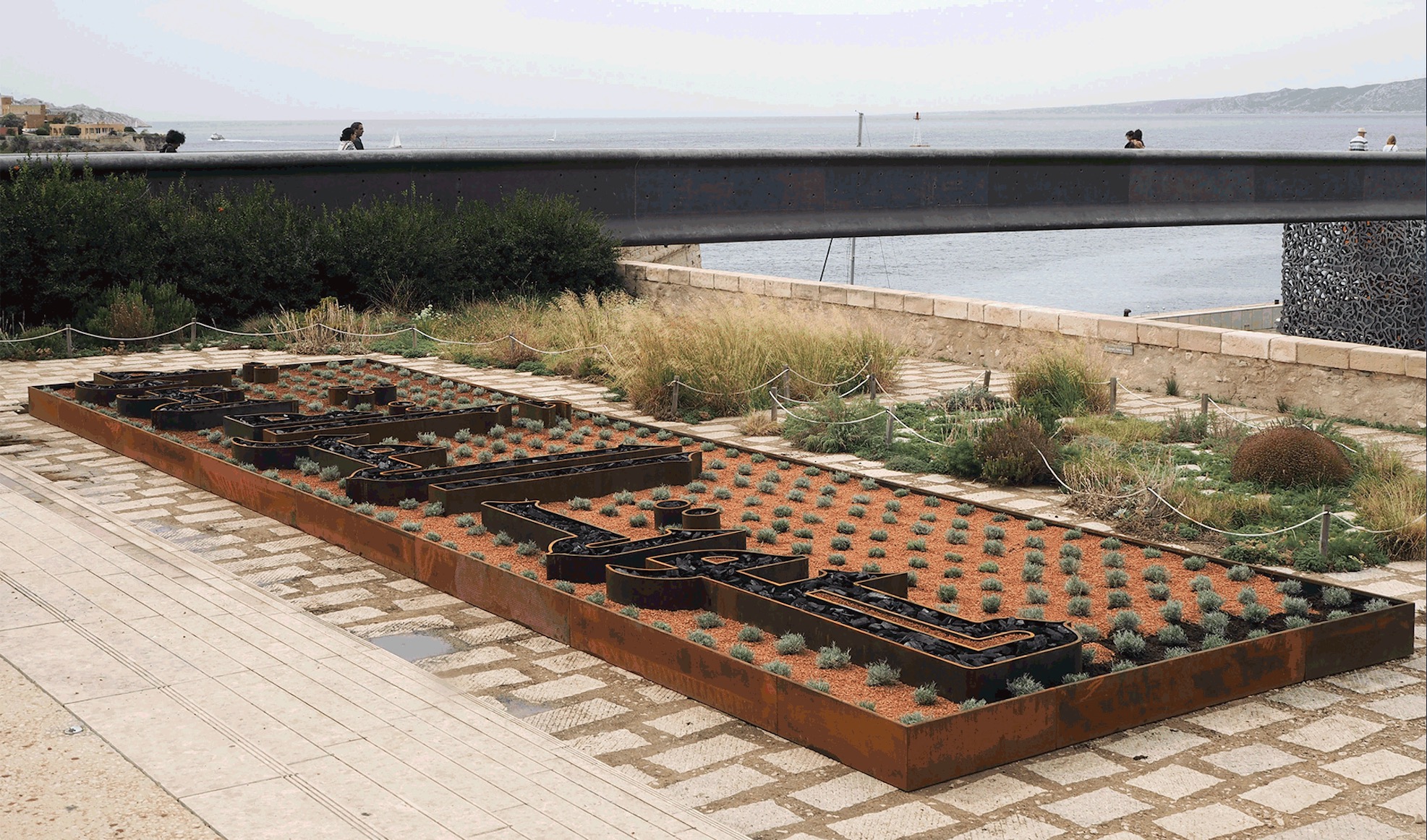 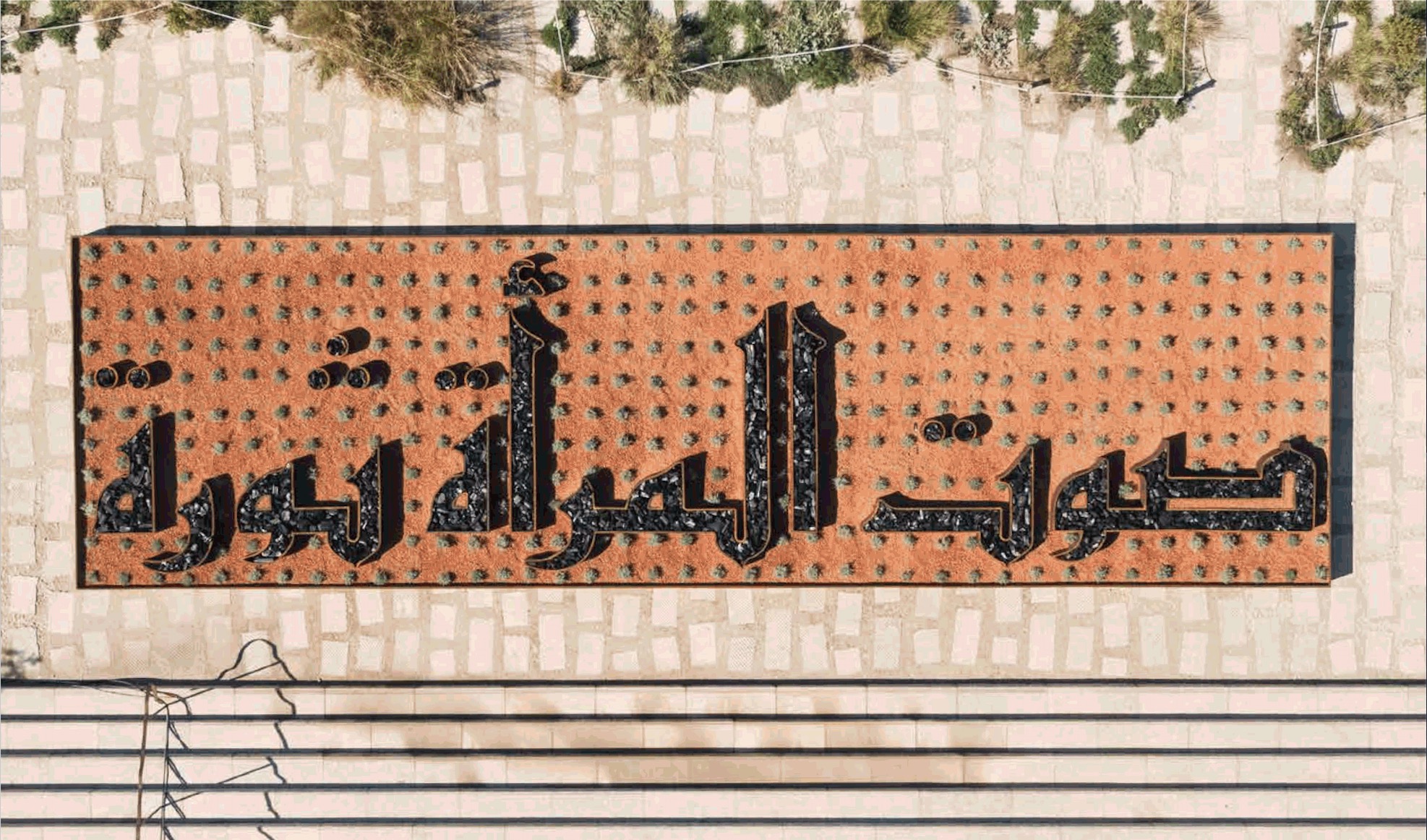 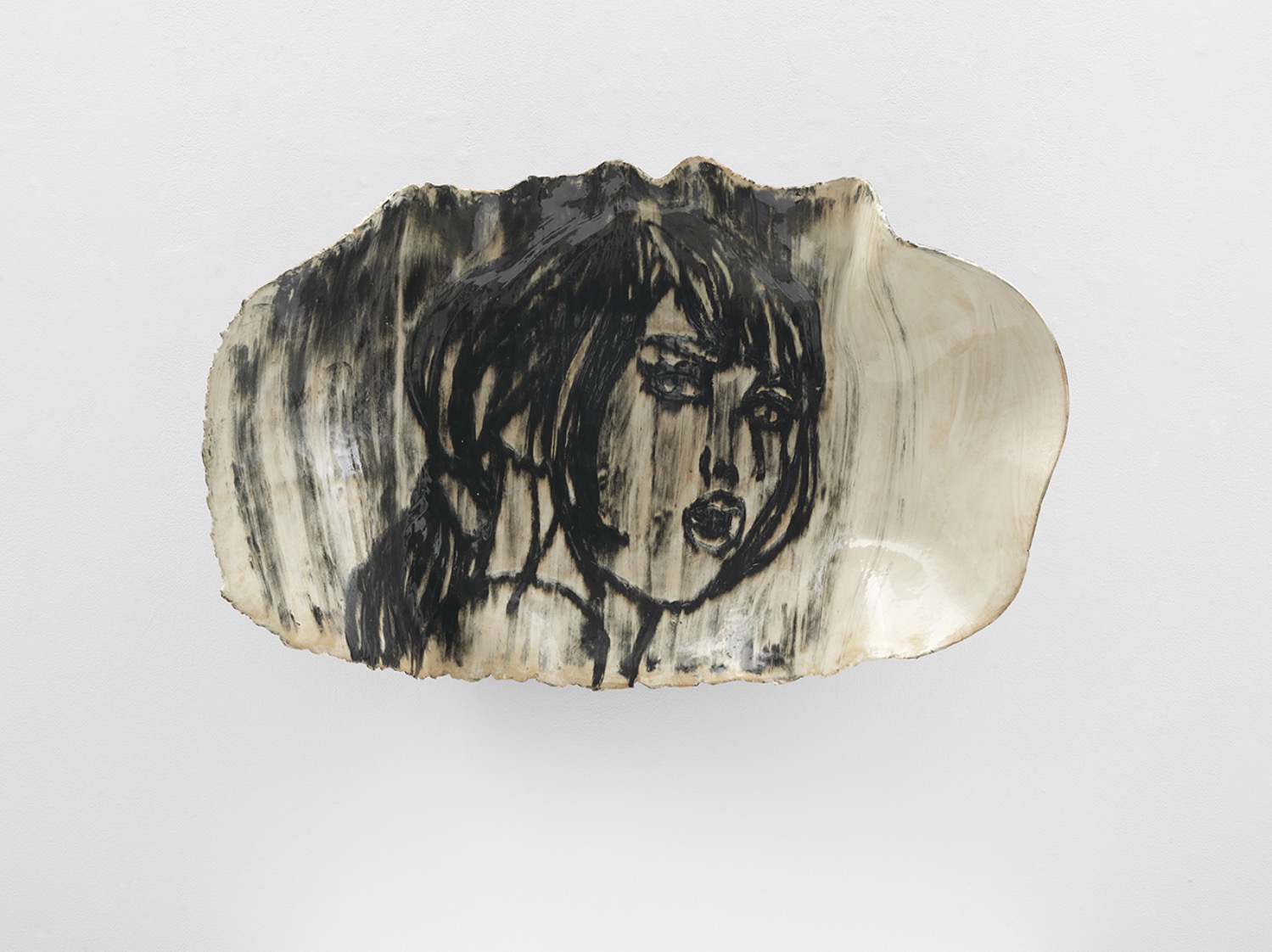 At the Mucem (Fort Saint-Jean): Ghada Amer. East الشرق الغرب—West
At the Fort Saint-Jean (in the Georges Henri Rivière building), the artist’s transcultural and international career will be highlighted. The East, its perception by the West, the translatability of one culture into another, religion, the status of women, current affairs: these are all themes on which Ghada Amer delivers a personal, committed and nuanced vision, asserting herself as one of the great voices in the current debates on the post-colonial challenges of creative work.
In addition, a garden sculpture will be created outside at the Fort Saint-Jean.

At FRAC PACA: Ghada Amer. Women & feminisms
For Ghada Amer, the question of women transcends that of cultural and religious affiliation. Resolutely feminist, she has taken up the traditionally feminine medium of embroidery as a painter. Part homage, part vindication, her paintings enter into a dialogue with the masters of an art history that has been dominated by men for too long. Beyond that, they develop under the sign of a jubilant creative power and a new interest for portraiture.

At the chapelle de la Vieille Charité: Ghada Amer sculptor
Through exciting transfers from one technique to another, Ghada Amer’s pictorial experimentations invest in the field of sculpture – through installations and landscape sculptures, but also through ceramic and bronze works recently pushed in the direction of monumentality.

The Ghada Amer exhibition is the first retrospective of the artist in France. Born in Cairo in 1963, Ghada Amer moved to Nice in 1974 with her parents. Some ten years later, she trained at the Villa Arson, before joining the Institut des hautes études en arts plastiques in Paris. Outraged by the difficulty of asserting herself as a painter in the 1980s, and even more so as a woman painter, Ghada Amer developed an oeuvre of of canvases and embroidered installations as well as sculptures and gardens, through which painting gradually asserted itself. In 1999, she was invited by Harald Szeemann to exhibit at the Venice Biennale, where she received the UNESCO prize. Since 1996 she has lived and worked in New York.

In three venues in Marseille, the retrospective brings together the different modes of plastic expression of the Franco-Egyptian artist, from her beginnings to her most recent works.

The Ghada Amer exhibition was designed and organized by the Mucem, Museum of European and Mediterranean Civilizations in partnership with the Museums of Marseille-Centre de la Vieille Charité and the Frac Provence-Alpes-Côte d'Azur.