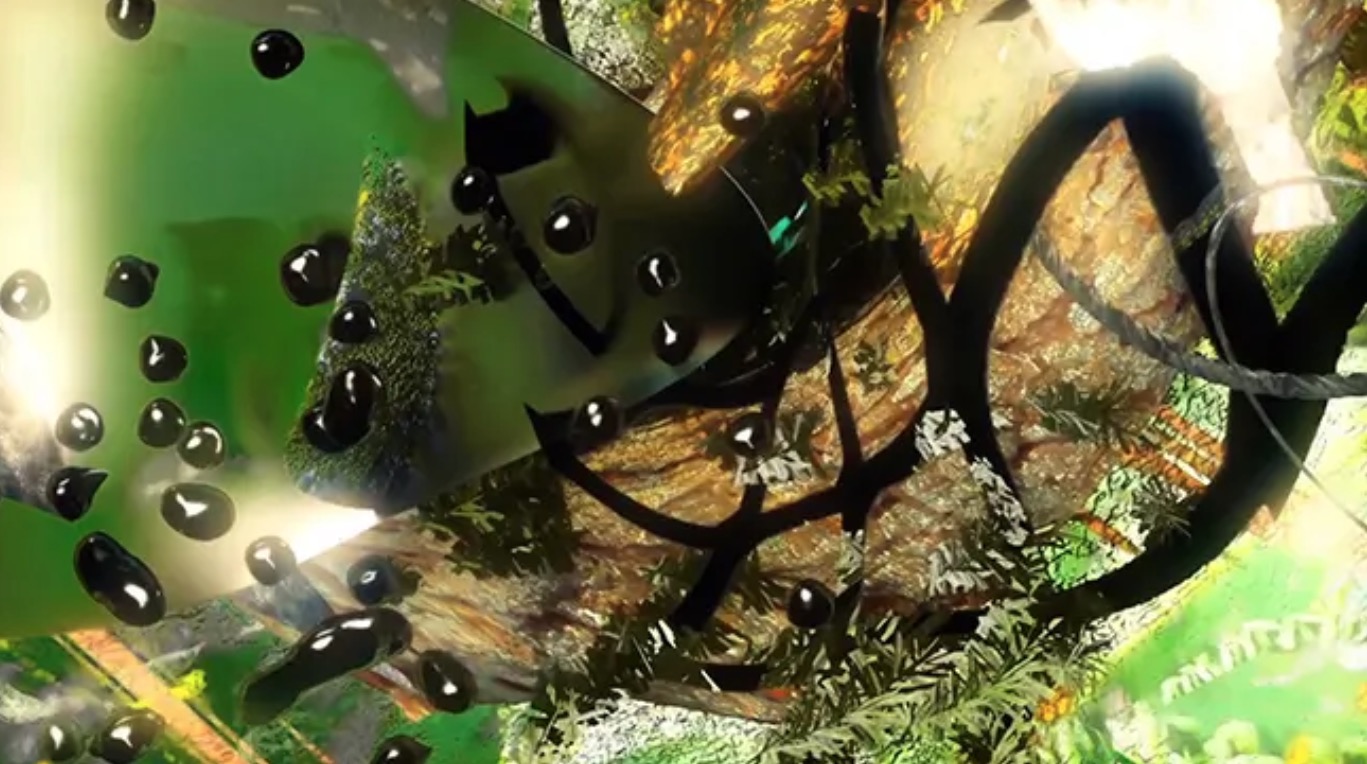 Eva Papamargariti’s video Factitious Imprints takes viewers on a journey through a posthuman, postnatural landscape that blurs boundaries between virtual and physical environments and ecosystems.

The video presents a hybrid, dystopic dreamscape of digitally rendered scenes and images of real places culled from Google Maps, drones, and handheld recording devices. Its overlapping surfaces—from nonbiodegradable waste to simulations of animals and plants to the artist’s own skin—shift and change form as we move through it.

A reflection on the idea of “constructed” nature, one defined and documented through the palimpsest of imprints on the earth resulting from human interaction and natural processes, it considers the complicated relationship between humans, nature, and technology and the fuzzy boundaries between our past, present, and future realities.

Eva Papamargariti: Factitious Imprints is part of the Arts Center’s Ways of Being theme. The featured visual and performing artists recontextualize our past, reorient our present, and project new, viable futures. Collectively, they ask, what if?