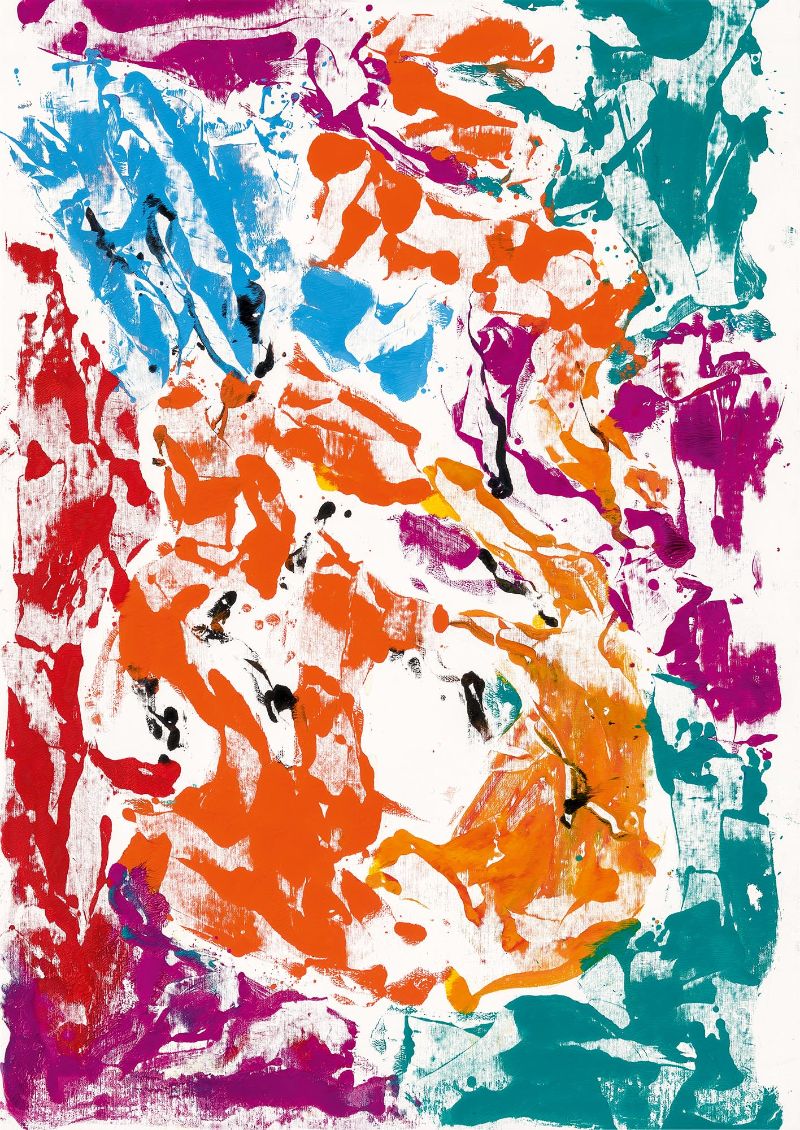 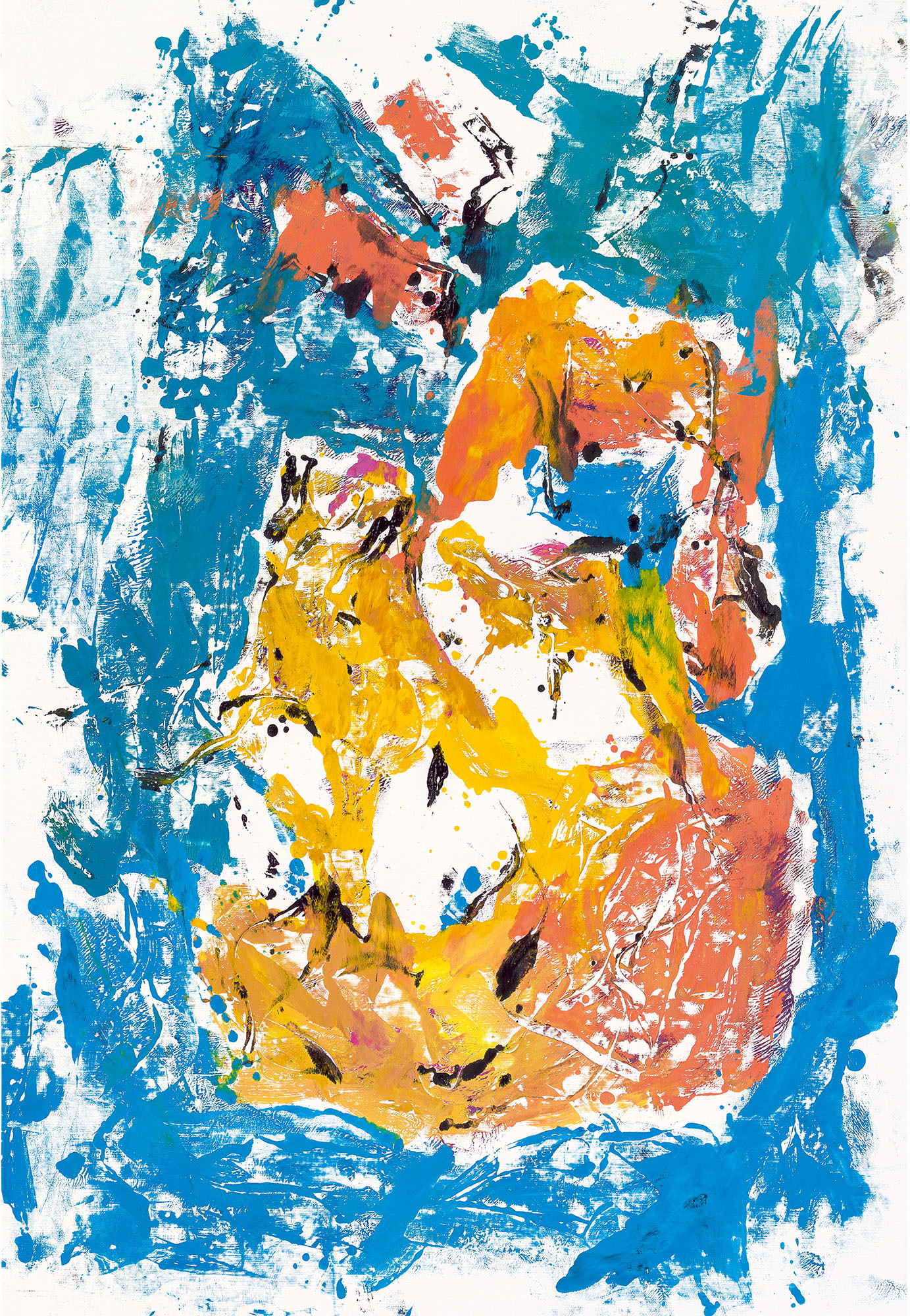 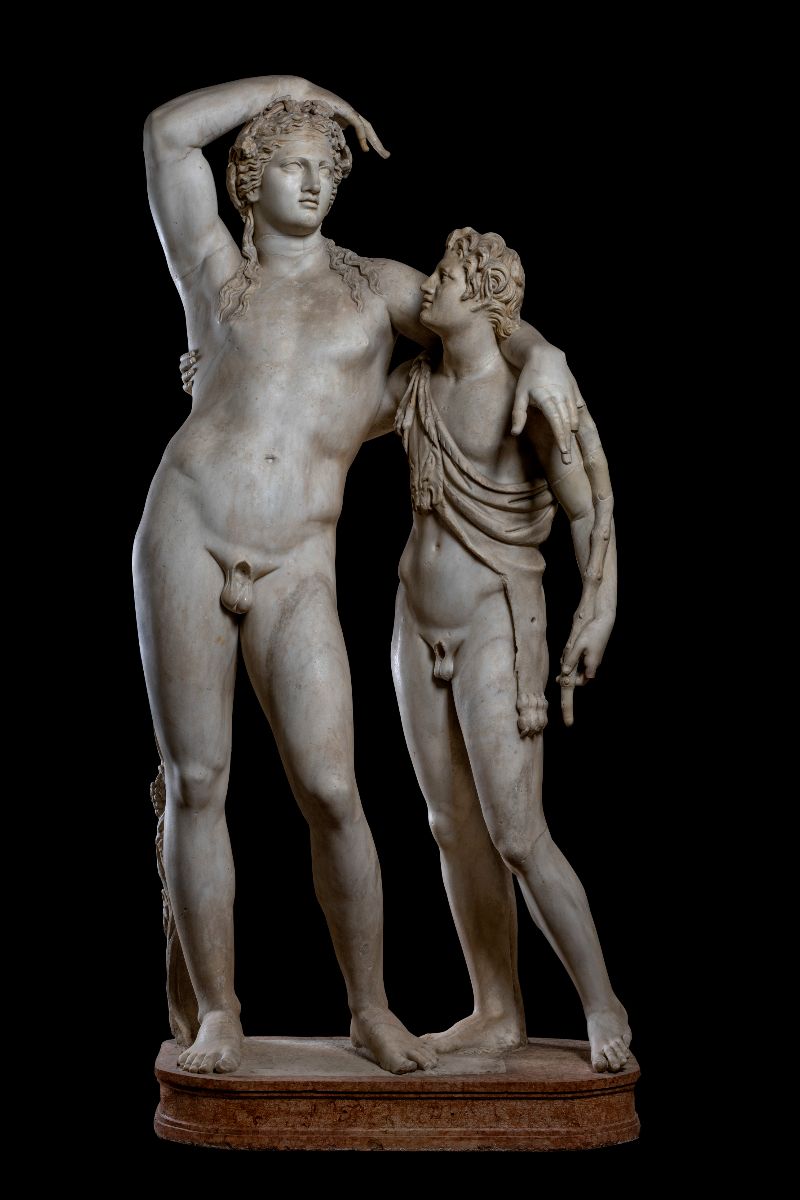 The Museum of Palazzo Grimani in Santa Maria Formosa confirms its leading role in the Venetian cultural scene with two new projects highlighting the dialogue between Ancient and Contemporary art, in a unique place which represents an exception in the city’s architectural and artistic landscape.
On March 19th two exhibitions will open to the public: DOMUS GRIMANI. The Doge’s Room - the new set-up of one of the palace’s most spectacular and evocative rooms returning to its Renaissance splendour – and Archinto, the show dedicated to German artist Georg Baselitz’s new works, some of which, conceived especially for Palazzo Grimani, will remain on long-term loan to the museum from the artist thanks to an exceptional agreement.

The result of the collaboration between Veneto’s Regional Directorate for Museums (Direzione regionale Musei Veneto) and the Venetian Heritage Foundation, the relocation of the Greek and Roman sculptures of the Grimani collection is part of a wide strategy to enhance and promote Palazzo Grimani and its history, following the rearrangement of the Tribuna of Patriarch Giovanni Grimani with the exhibition DOMUS GRIMANI 1594-2019, opened in May 2019.

The Doge's Room was created at the same time as the extension works of the palace commissioned by Giovanni Grimani, patriarch of Aquileia, and his brother Vettore and completed in 1568. This space, an ideal counterpart to the Tribuna and probably also designed by Giovanni himself, wanted celebrate Antonio Grimani, skilled spice merchant and first doge of the family. Precisely to evoke the relations of the ancestor with the eastern Mediterranean, Giovanni and Vettore decided to decorate the space with ancient and precious marbles such as yellow alabaster, green serpentine and red porphyry, thus creating a spectacular setting in which to exhibit part of the classical sculptures from the family collection.

Through a thorough study of historical sources - including Giovanni Grimani's will, historical descriptions of the time and late 19th century photographs recently discovered in the archives of the National Gallery in Washington - the curators Daniele Ferrara, director of Veneto’s Regional Directorate for Museums, and Toto Bergamo Rossi, director of Venetian Heritage, were able to relocate twenty sculptures inside the room, including the imperial Roman era Dionysus leaning on a satyr in the niche of the front wall. Eleven more sculptures are placed in the adjoining rooms: six in the vestibule, one in the Camerino di Callisto and four in the Sala di Psiche.
The exhibition is accompanied by a book published by Marsilio which includes a wide range of images documenting the operation, completing the editorial research on the Museum started with the show Domus Grimani 1594-2019.

This new project —produced by Civita Tre Venezie and supported by Venetian Heritage and the Ministry of Culture, in collaboration with Gagosian, the Cologni Foundation for the Métiers d’Art and with the support of many donors—confirms the virtuous collaboration between public and private sector in the safeguarding and enhancement of Venice’s historical-artistic heritage. On the occasion of the set-up of the Doge's Room it has been also possible to carry out important maintenance works of the museum, in addition to the restoration of the Psyche Room, the creation of a new heating system and a new lighting system for the entire noble floor.

Simultaneously with the rearrangement of the Doge’s Room, the Museum of Palazzo Grimani will host an exhibition, curated by Mario Codognato, of new and recent works by German artist Georg Baselitz. Born in 1938, he is one of the most significant artists of his generation. Titled Archinto, the exhibition, produced by Gagosian in collaboration with Venetian Heritage, will be installed at the museum’s piano nobile, and twelve paintings made expressly for the Sala del Portego will hang on eighteenth-century stucco-framed that, until the end of the nineteenth century, were occupied by portraits of members of the Grimani family. In a highly unusual commitment, these works will remain on long-term loan to the museum from the artist. This is the first time that such an intervention by a contemporary artist has occurred in a State museum in Venice to date.

In Archinto, Baselitz pays homage to Venice and its rich artistic tradition, re-establishing historical continuity while also signalling a rupture between the Renaissance portrait tradition and its contemporary equivalents. The title of the exhibition and its works allude to Titian’s enigmatic 1558 portrait of a partially veiled Cardinal Filippo Archinto. Bringing the Old Master’s sensibility into a present-day context, Baselitz’s spectral paintings continue his exploration of printmaking techniques and allude to the perennial artistic theme of human mortality.

The comprehensive artistic program of the Museum of Palazzo Grimani, and its ability to attract important international partners, testify to its importance within the cultural life of the city; while the dialogue between ancient and contemporary is, once again, the highlight for the promotion of a unique place.

DIREZIONE REGIONALE MUSEI VENETO
Direzione regionale Musei Veneto is a branch of the Italian Ministry of Culture, managing and coordinating twenty public museums and institutions in the Veneto region. The collections under the supervision of Direzione regionale Musei Veneto are extremely rich and diverse, ranging from prehistoric relics (Paleovenetians, Greeks, Etruscans and Romans) to 18th century villas, as well as paintings on wood, canvas and frescoes, sculptures, crafts and contemporary art. Besides the management, enhancement and preservation of the legacy entrusted to it, Direzione regionale Musei Veneto is the regional coordinator of the National Museums System, the institution recently created to promote the network of public and private museums and cultural sites.
https://polomusealeveneto.beniculturali.it/

VENETIAN HERITAGE
Venetian Heritage, an international non-profit organization with offices in Venice and New York, supports cultural projects through conservation, exhibitions, publications, conferences, academic study and research. It aims to increase awareness of the immense legacy of Venetian art in Italy and in those areas that were once part of the Republic of Venice. www.venetianheritage.eu