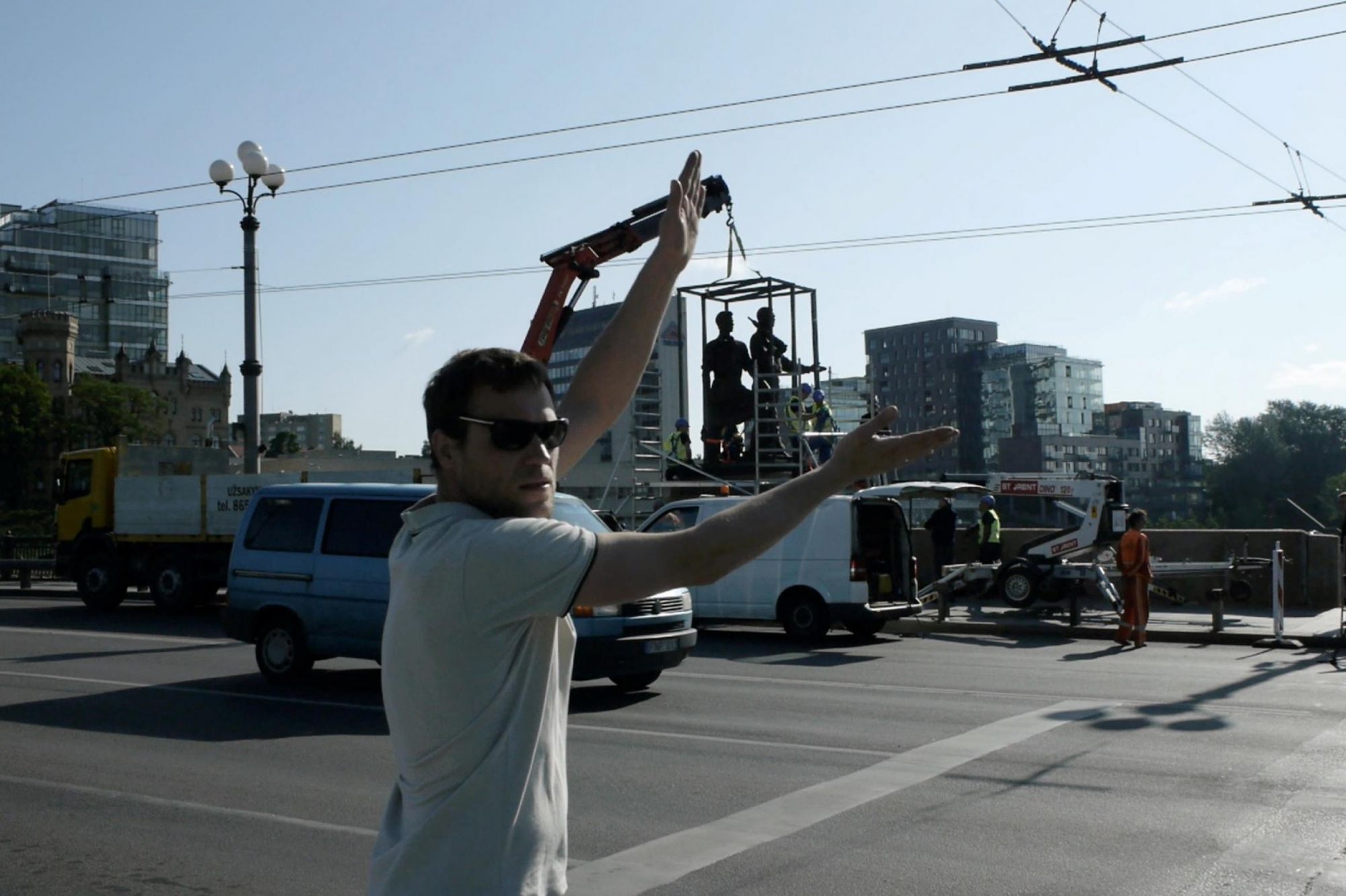 In collaboration with Esch2022, European Capital of Culture, the Konschthal Esch is hosting a major retrospective exhibition of films by contemporary artist Deimantas Narkevicius. Originally from Lithuania, Narkevičius’work offers a unique vision, between documentary and autobiographical perspective, of the post-Soviet era of his native country. After participating in the European Biennial of Contemporary Art MANIFESTA 2 in 1998, Narkevicius returns to Luxembourg for this major exhibition in Esch, which traces a cinematic work that continues to evolve in today’s geopolitical contexts.

The work of Deimantas Narkevičius summons the ghosts and witnesses of the past to confront them with this new Lithuanian society, fully aware of a recent past, but asserting its new European identity. (Kaunas 2022 European Capital of Culture is an example).

On the occasion of this exhibition, the scenography by the architects practice 2001 in collaboration with the artist will once again transform the building of the Konschthal Esch.

As part of this exhibition, Konschthal Esch will co-produce the short film ‘Twittering Soul’, the first of which will take place on the opening day of the exhibition.

Deimantas Narkevičius (born 24 May 1964 in Utena, Lithuanian SSR) is one of the most consistent and widely recognised Lithuanian artists on the international art scene. Originally trained as a sculptor, Narkevičius has mainly been working with film and video. Employing documentary footage, voice-overs, interviews, re-enactments and found photographs, his films submit historical events to the narrative structures of storytelling and cinema. In his artistic practice Narkevičius examines the relationship of personal memories to political histories, particularly those of his native Lithuania. For the artist history, itself has become both material and methodology.