We, on the Rising Wave 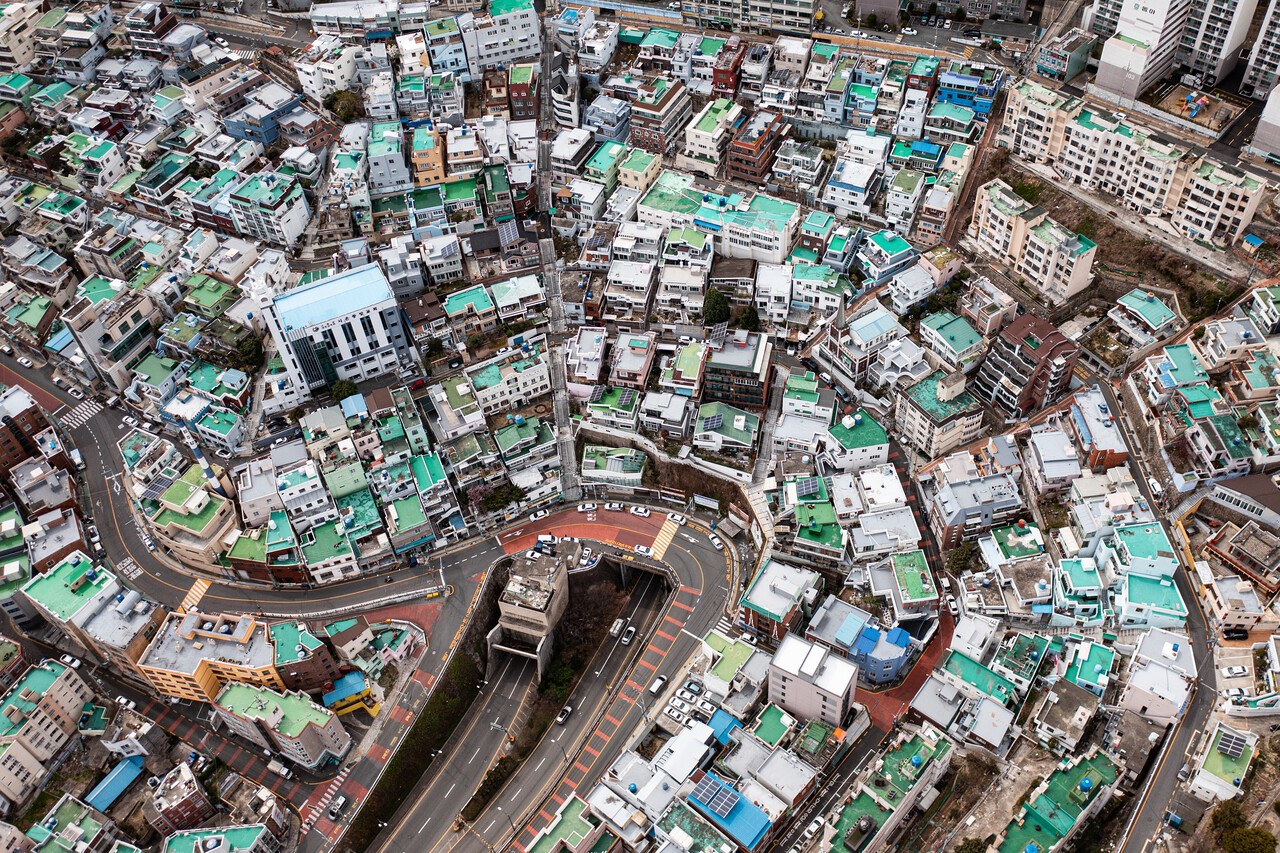 Busan Biennale 2022 is in retrospect of the collective memories that remain or lie hidden within the history of Busan since the modern era and the changes in the city’s structure, examining them in relation to the reality in the world.

In the titile, “Wave” symbolizes the constant inflow and outflow of immigrants from other port cities around the world, suggesting global interconnectedness. It is also a metaphor for dissemination in an environment of technological change, as well as a description of Busan’s rolling landscape of seaside hills.

The phrase, “On the Rising Wave” unveils the unbreakable unity between one’s body in Busan and the city’s history, as we stand atop the vibrant city as we anticipate the future.

An exhibition space that embraces the exhibition theme
Aside from the Museum of Contemporary Art Busan, there are three additional exhibition spaces, including: Pier 1 of Busan Port, Former shipbuilding factory site in Yeongdo, and A house in Choryang.

The Museum of Contemporary Art Busan, which will be used as the main exhibition venue, is located on Eulsukdo Island at the mouth of the Nakdong River. Eulsukdo was well known for its abundance of migratory birds and rich biodiversity in the past, but the natural environment was greatly damaged during the urban industrialization. As the ecosystem changed, the urban environment also underwent major changes. At this exhibition, the wave of changes in urban ecosystems is highlighted and showcased as a global phenomenon.

The Pier 1 of Busan Port reflects the modern history of Korea, which experienced changes from war and colonial rule. It is a place filled with stories of labor and the migration of refugees, and a place that has seen economic growth. By connecting common contexts like that of many port cities, the warehouse (4,093㎡) located at Pier 1 will be used as the main exhibition space together with the Museum of Contemporary Art Busan.

Yeongdo has been the center of the modern shipbuilding industry since the 1930s and is an important downtown area that has driven South Korea’s economic growth. Due to the decline of the shipbuilding industry since the 2000s, the abandoned factory site in Yeongdo, where only traces of it remain, will become an important exhibition site for this year’s Busan Biennale.

Lastly, the exhibition site on Choryang Sanbok Road symbolizes the “house” where the lives of workers who have supported the foundation of modern industry are best incorporated. While heading to the exhibition venue perched on the hill, visitors will be enlightened on their perception of where people live as they walk up the winding road and witness how the urban landscape has changed over the years.

Busan Biennale 2022 program for the public
Starting with the warm-up programs, Busan Biennale 2022 is prepared with a variety of related programs such as curatorial workshops starting in April, online journals, sea chanty project, symposium, etc.

Haeju Kim, the artistic director of the Busan Biennale 2022, said, “The exhibition will put forward a stance to picture how the stories of backstreets in Busan are intersected and connected to that of other major cities, in an attempt to explore ways to adapt to the ever-changing world as we ride the waves ahead of us.”