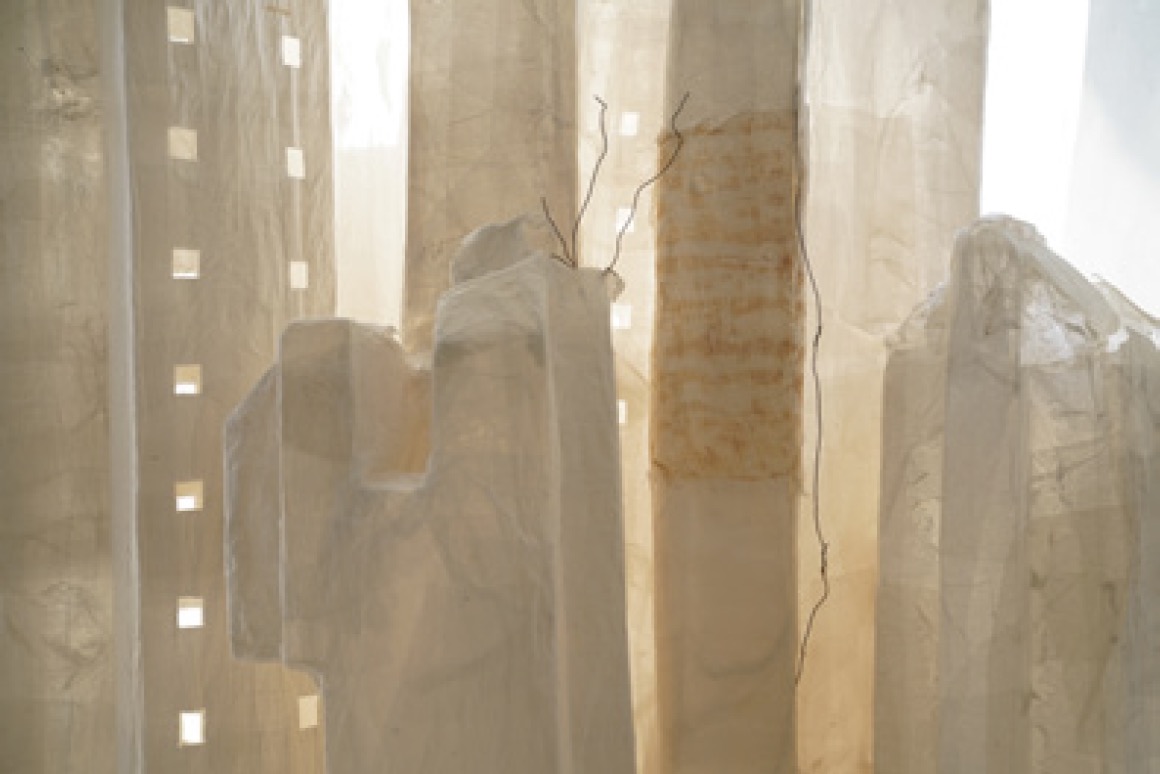 Zilberman Gallery Berlin is pleased to announce Azade Köker’s solo exhibition Verblendet. The Berlin and Istanbul-based Azade Köker’s oeuvre dwells on the dichotomy of the nature and the city in relation to today’s socio-political environment that is connected with war and migration. Cities, multiculturalism and the aftermath of destructions; borders and power structures are the analogies we encounter through the artist’s collages and installations. In Köker’s installations, sculptures and moving images, the resistance of nature against its destruction generates a hybridity that is not the home of the Romanticist or a place of contemplation. Disposal of plastic to in the environment, the roots of a tree protruding from a ceiling or tanks camouflaged in the forests depict a new reality which reveals the pain of destruction.

Azade Köker’s solo show Verblendet (Blinded) at Zilberman Gallery presents new works of the artist. Both in the paper collage or paper sculptures such as Invasion 1 (2018) and Relikte Der Stadt (2018), Köker reveals a silent chaos approaching our urban realities day by day. In the artist’s sensitive modus operandi as in Fragiler Wald II (2017) or Verlassene Dichte (2017), we encounter a poetic possibility of a slow death, as a result of our contemporary economic unconsciousness. Inspired by Paul Virilio’s book Die Verblendung der Kunst—in which the theorist dwells upon the politics of architecture and war, as well as the materiality of art works—Verblendet refers to an eye blinded by a strong light. In ‘light’ of the current political and social warzone, Köker aims at a certain connection with people’s blindness in these apocalyptic times.

The exhibition is accompanied by a catalogue with an introduction by Lotte Laub, and essays by Marc Wrasse, and Tuçe Erel.