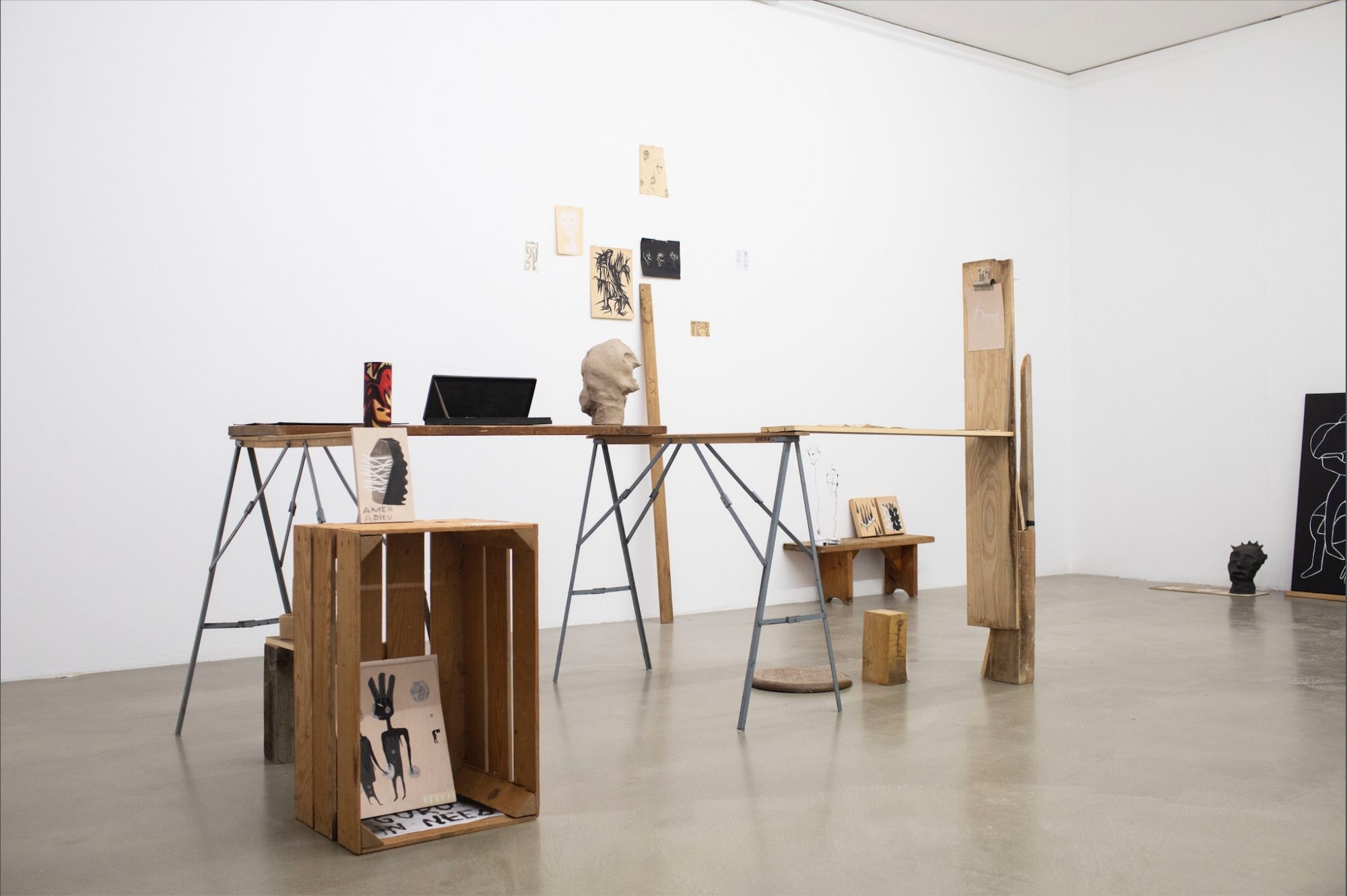 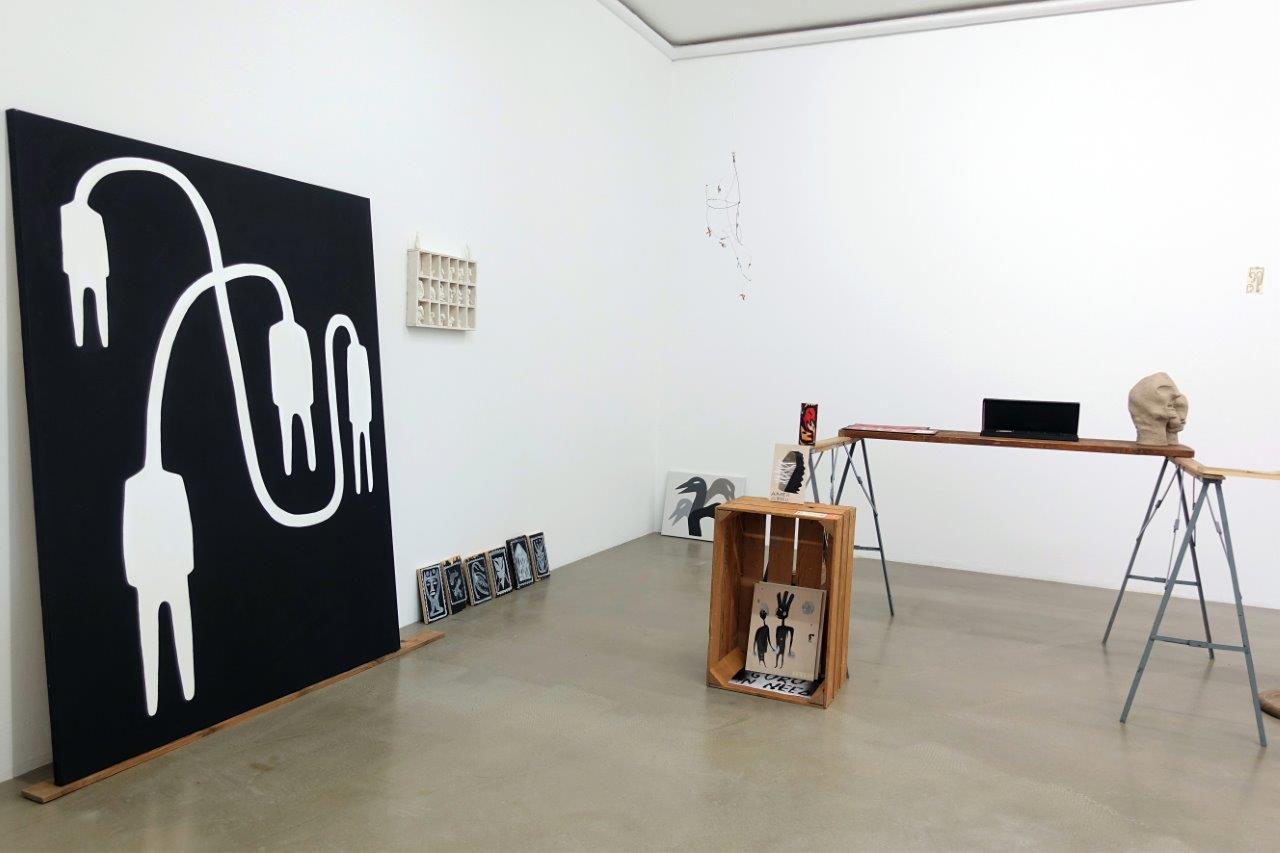 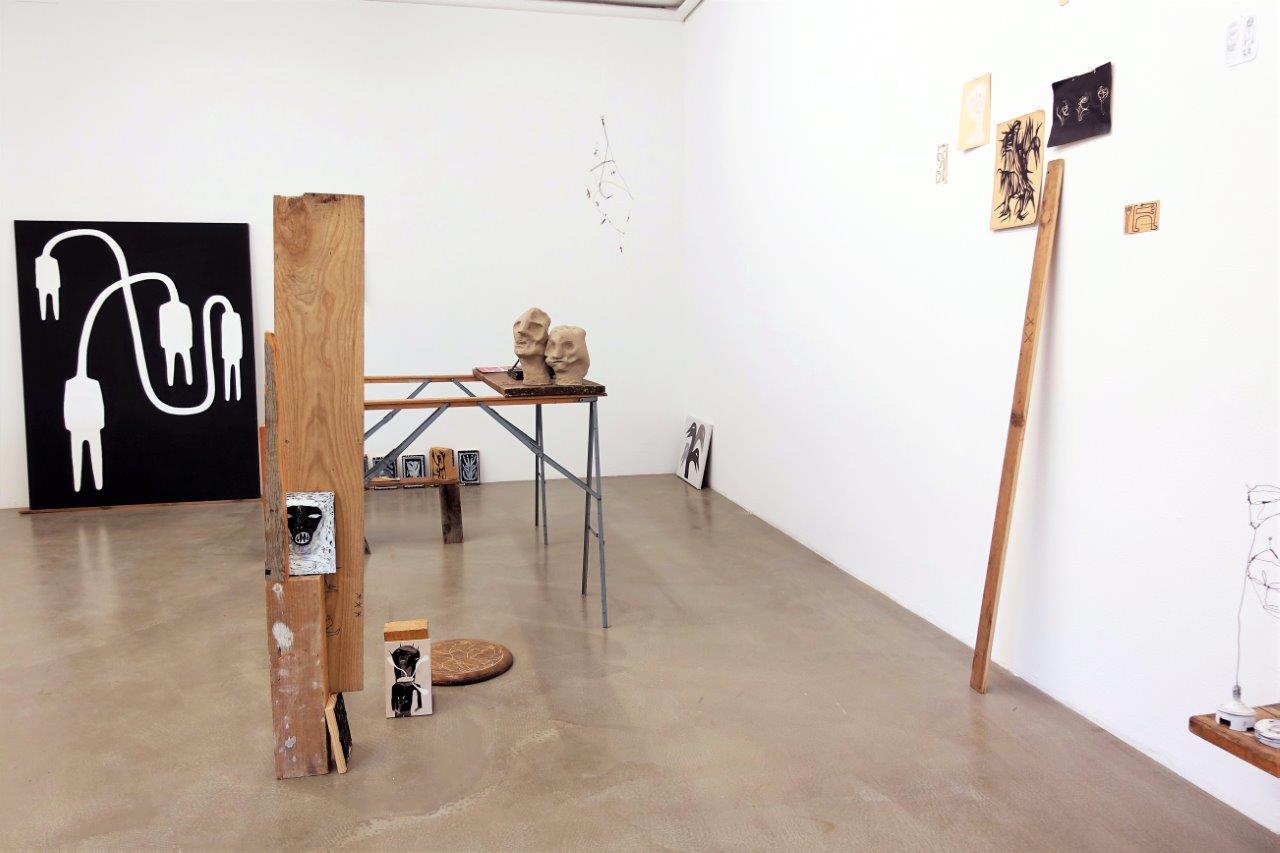 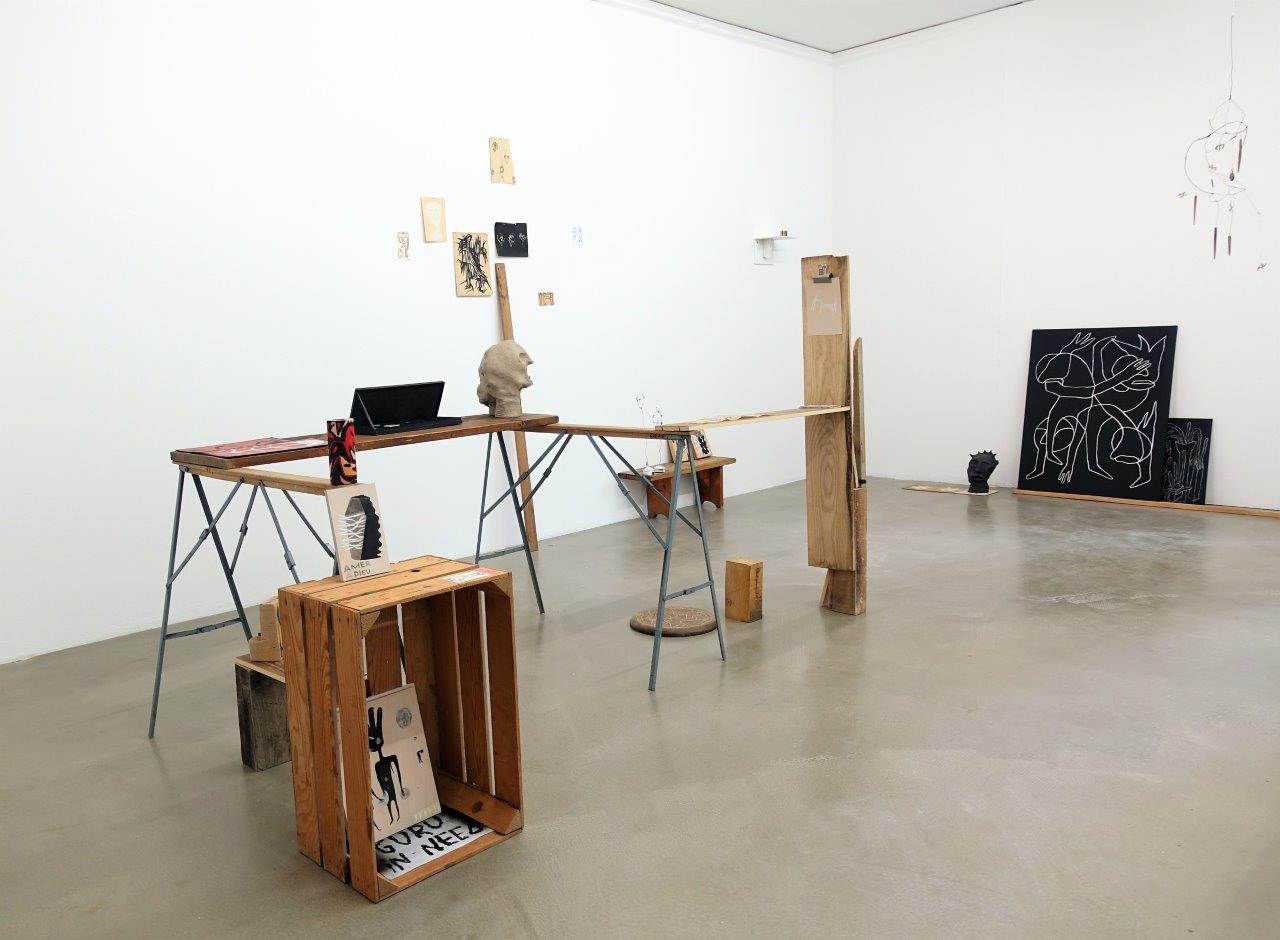 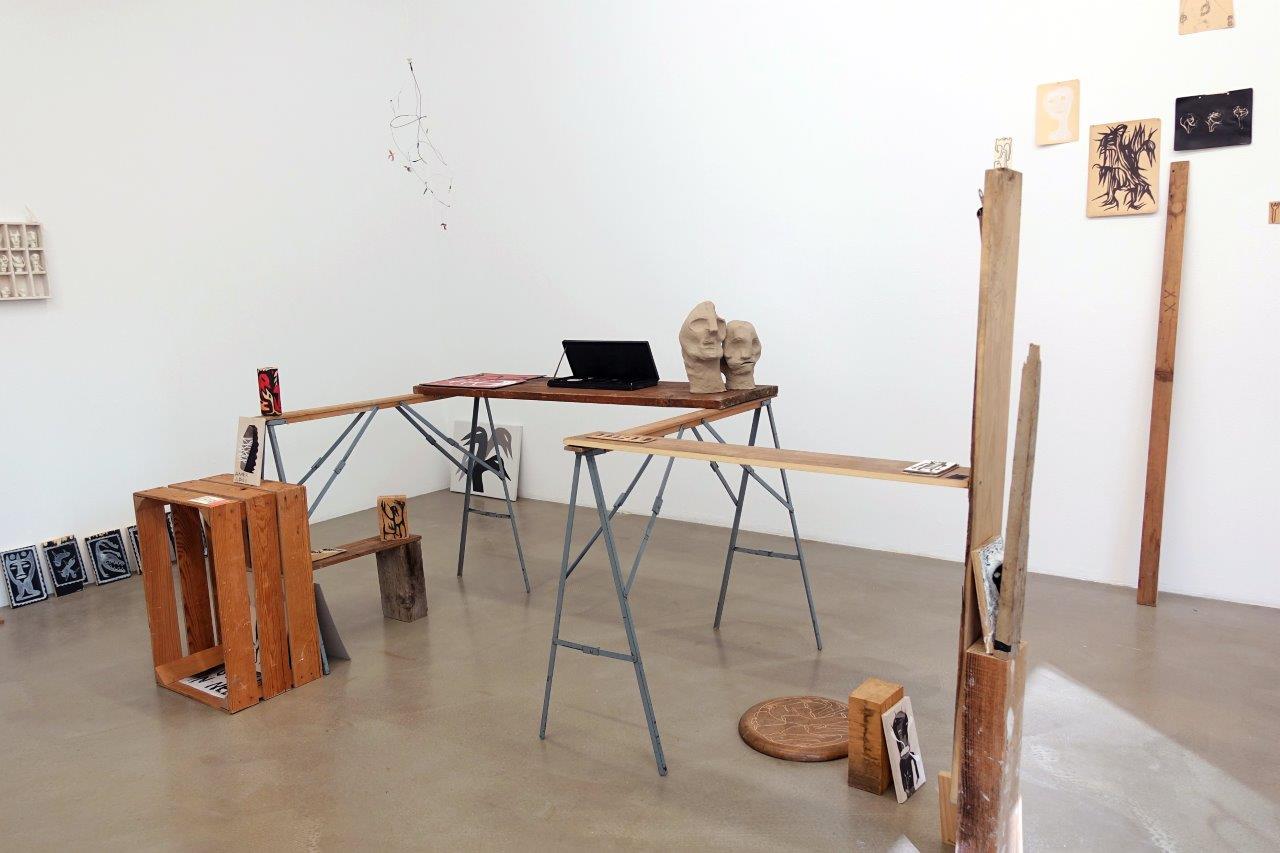 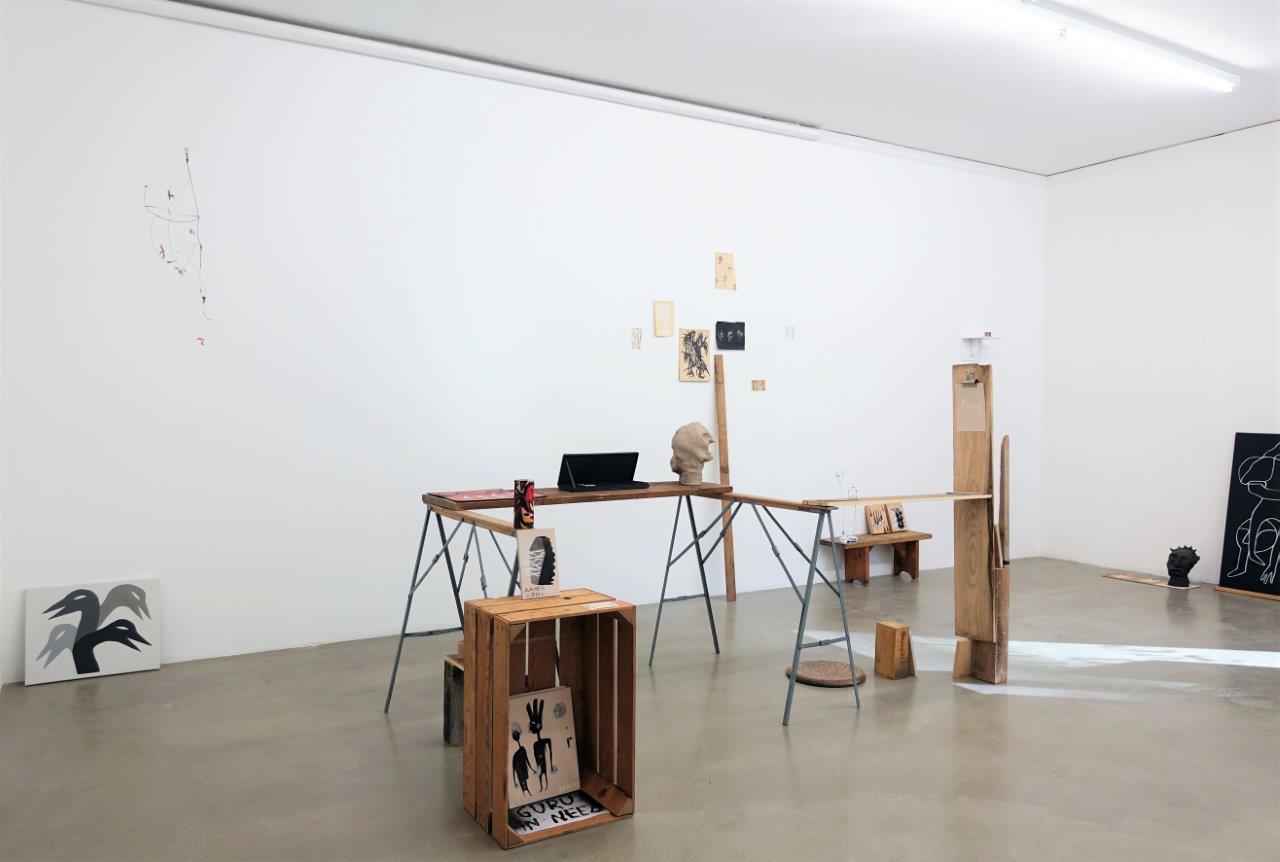 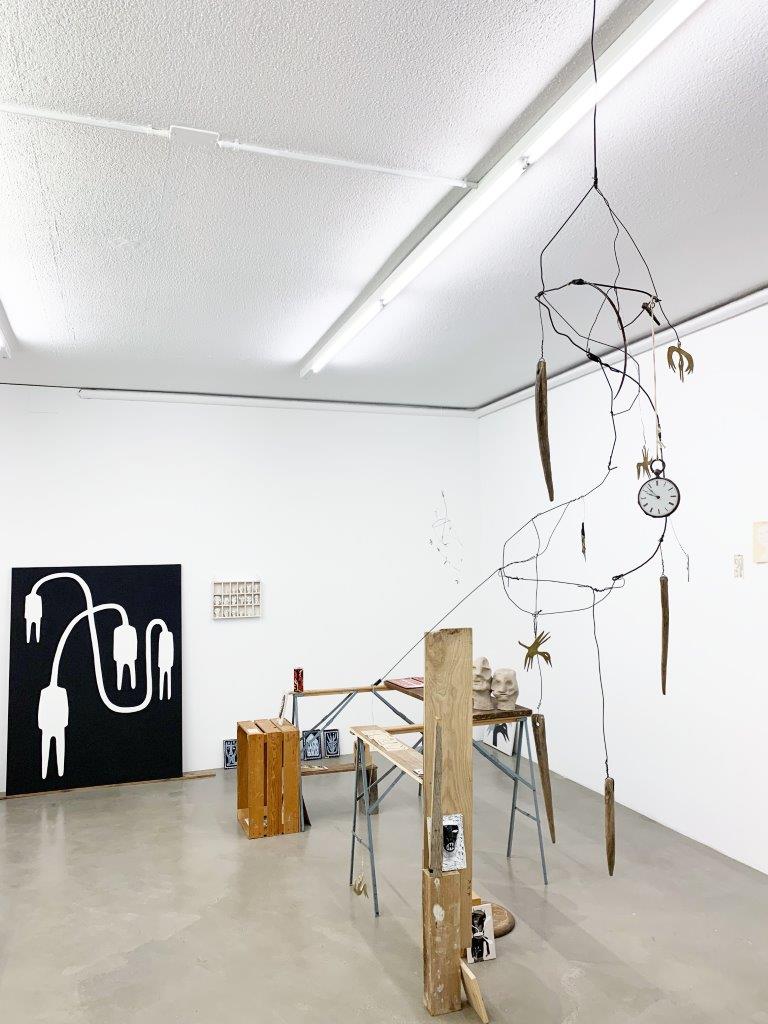 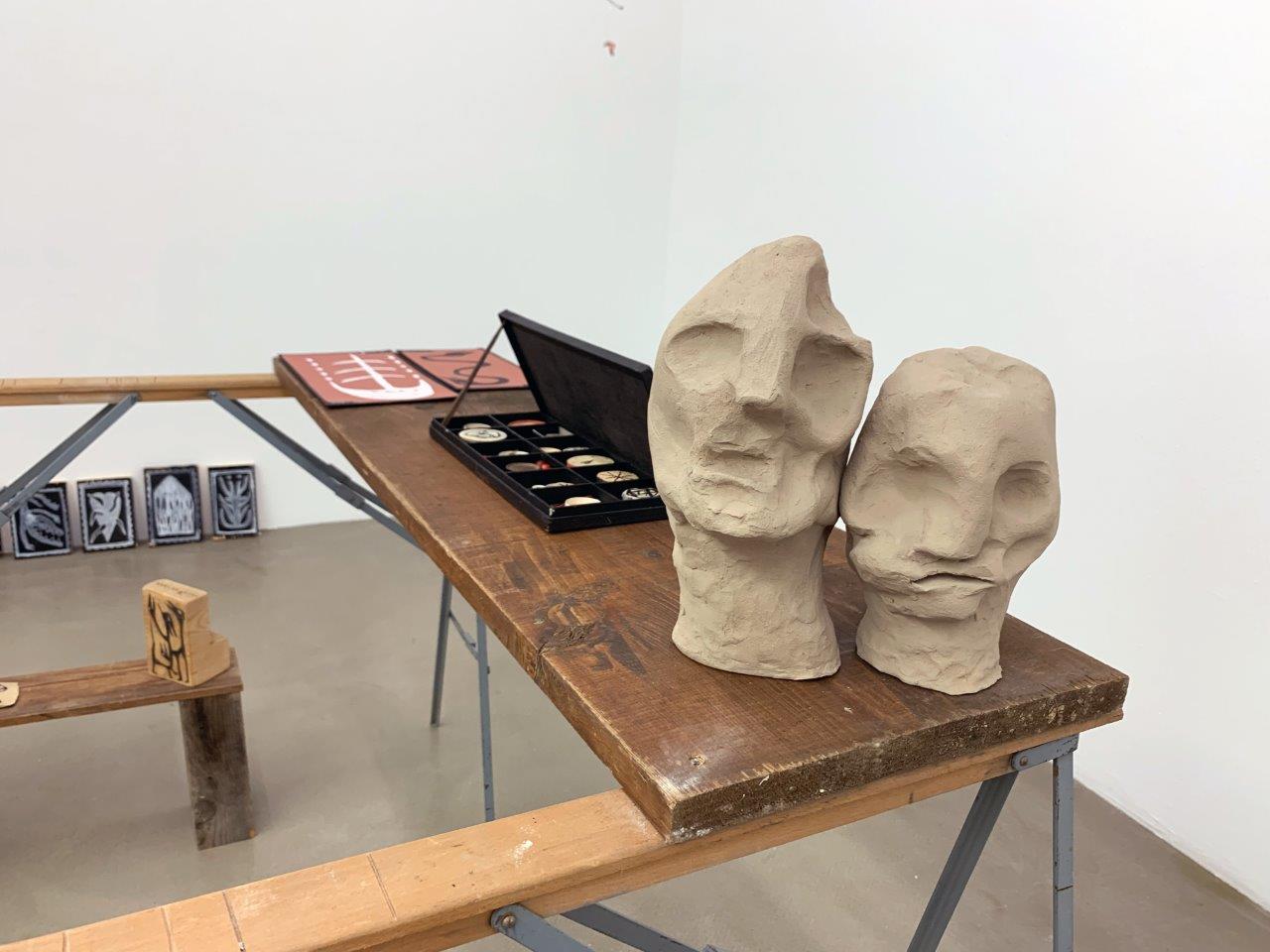 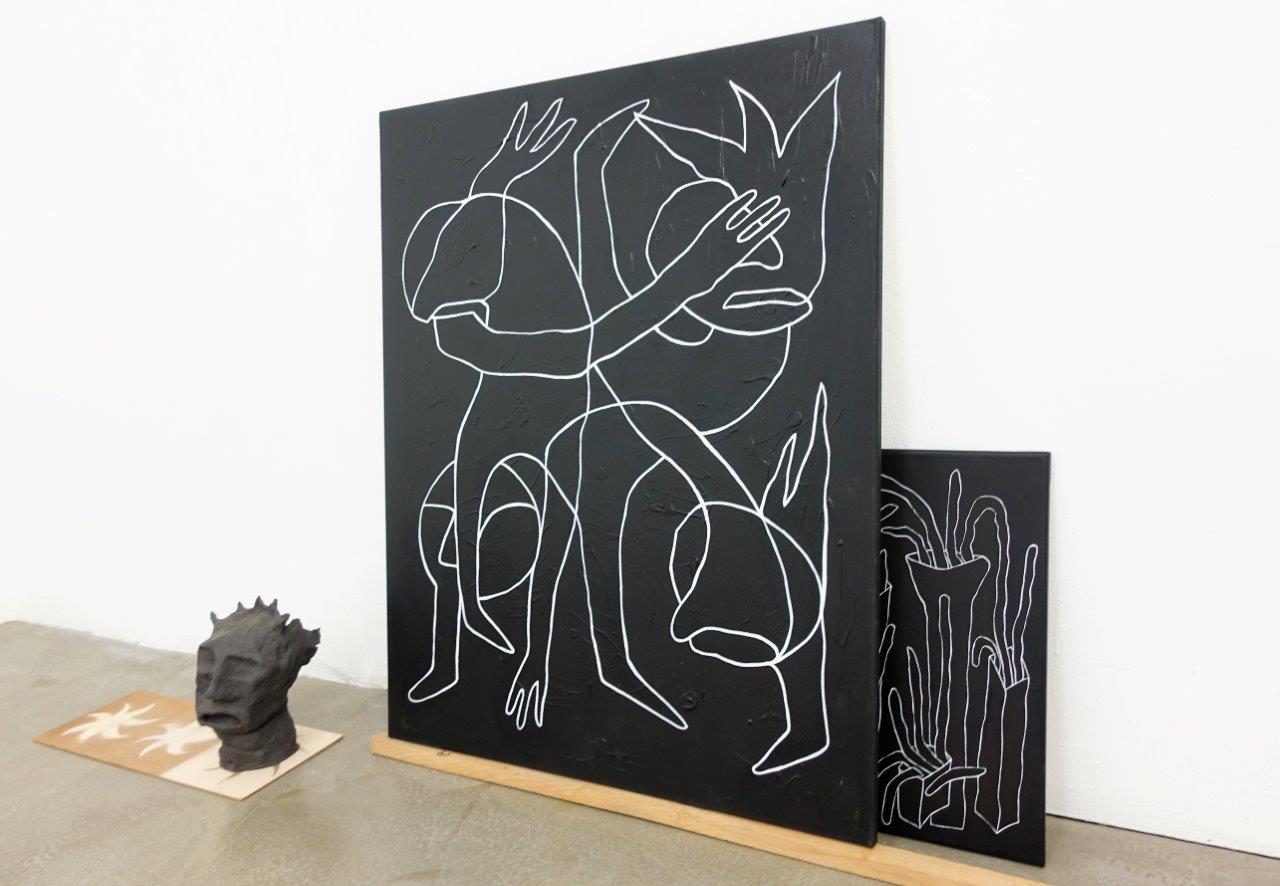 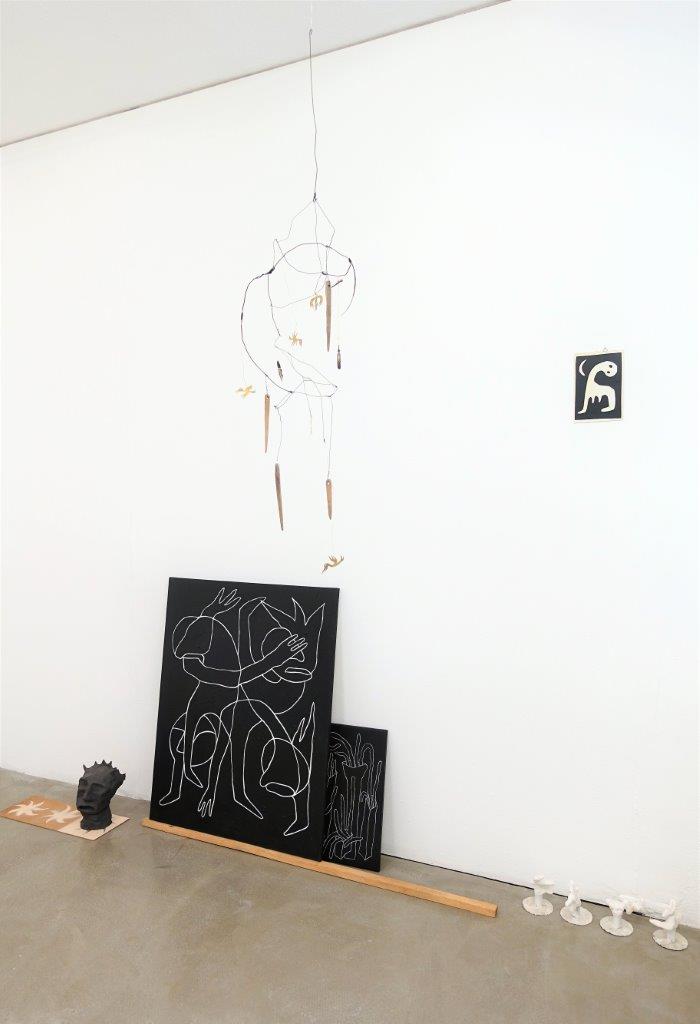 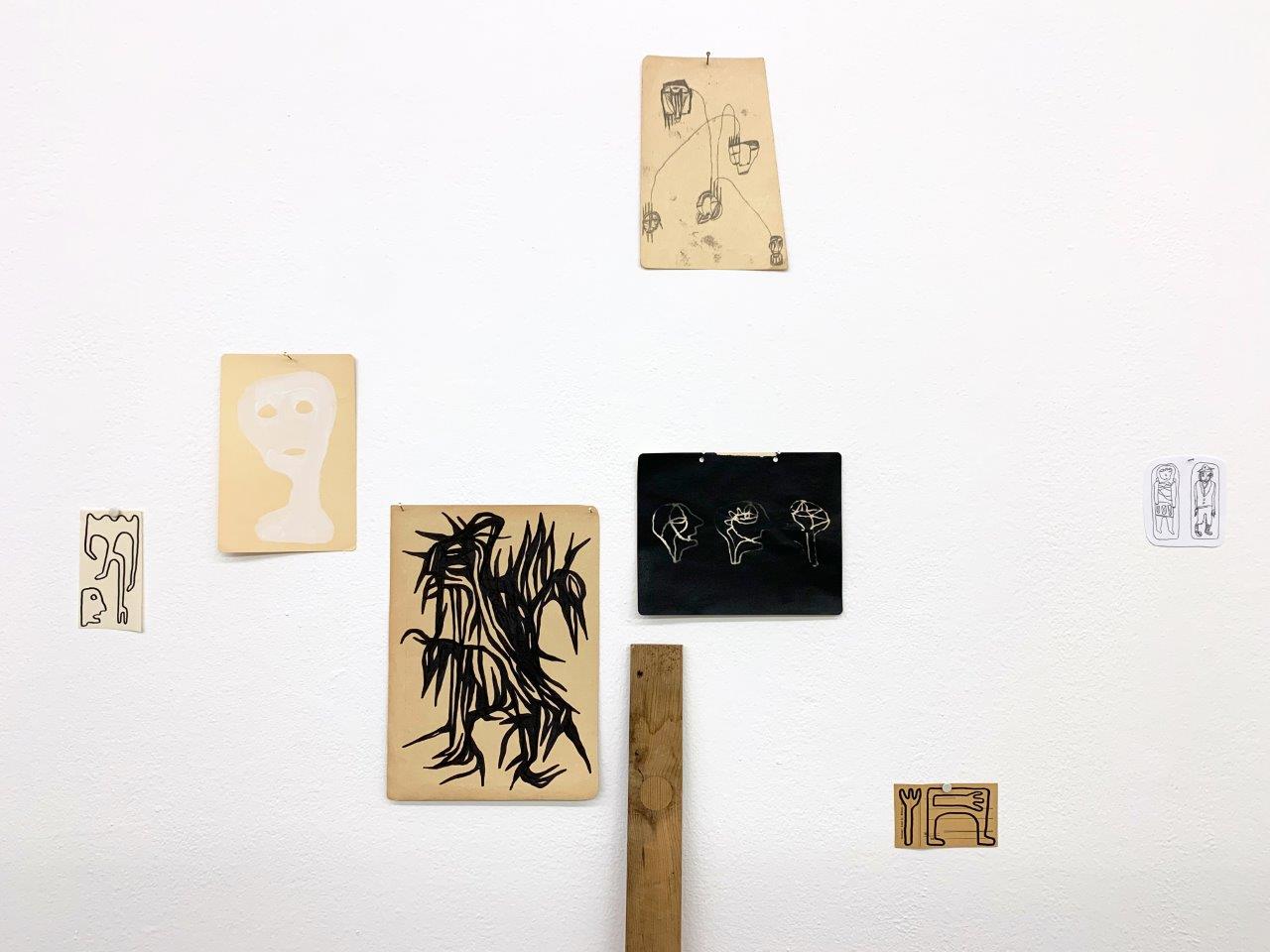 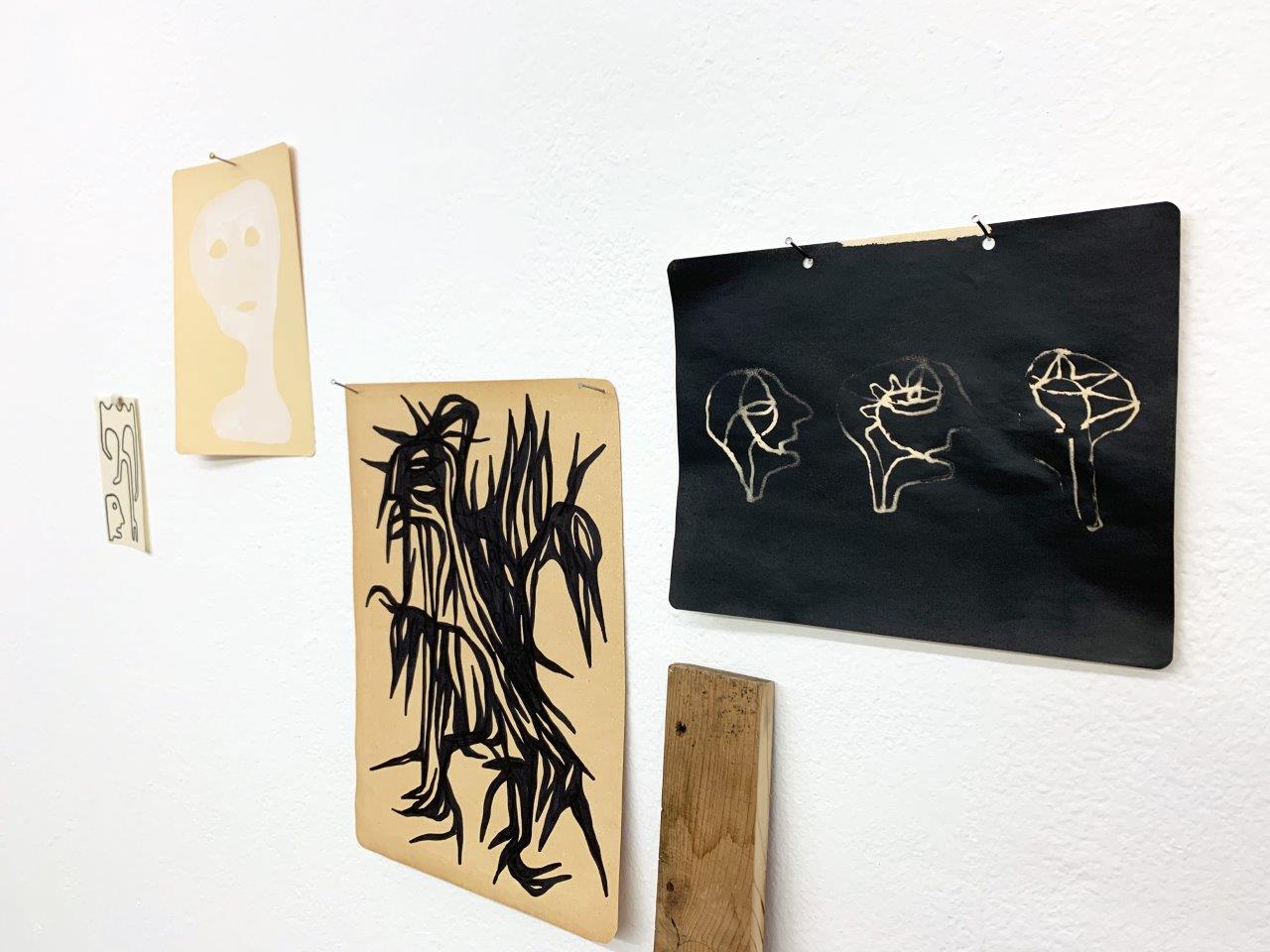 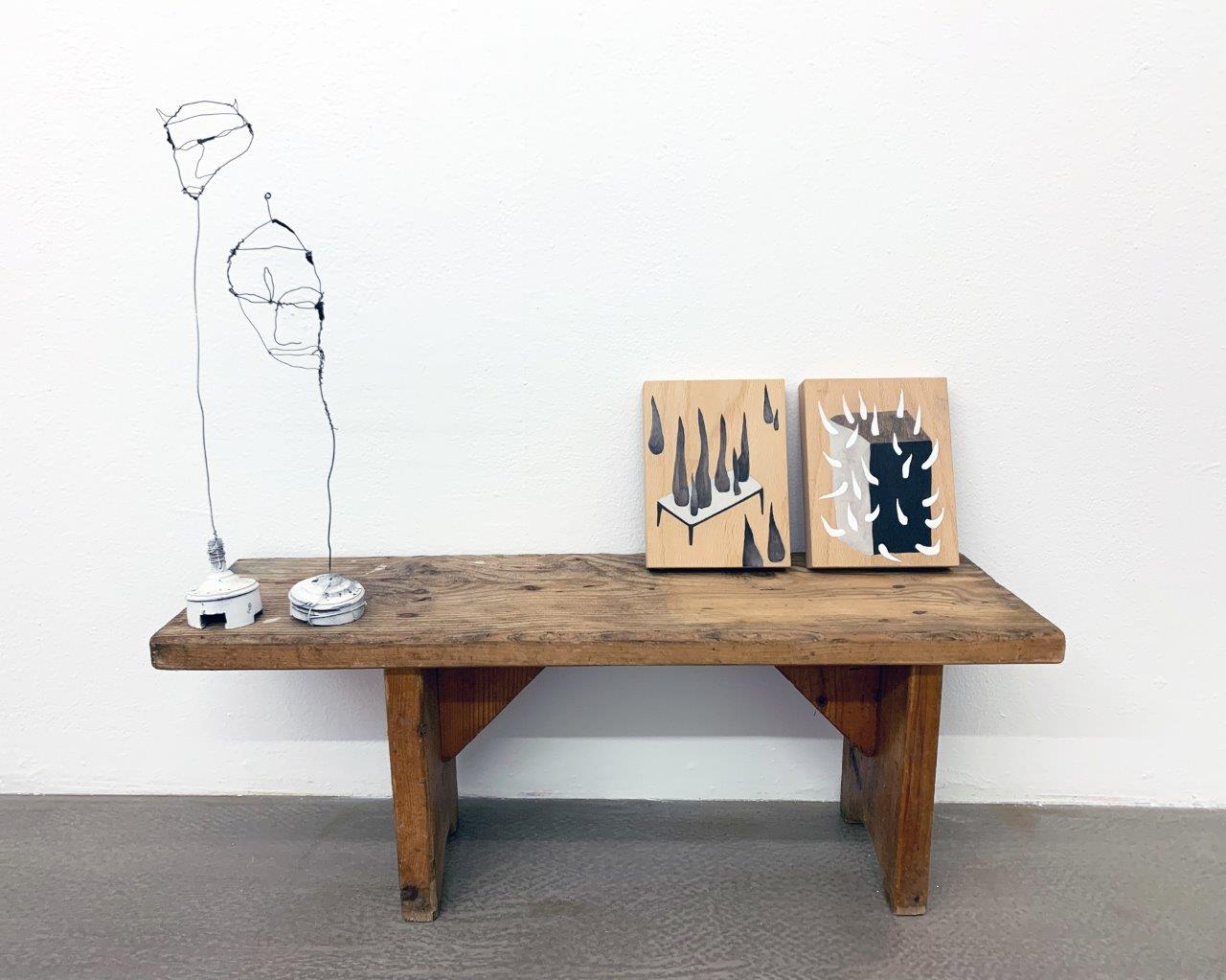 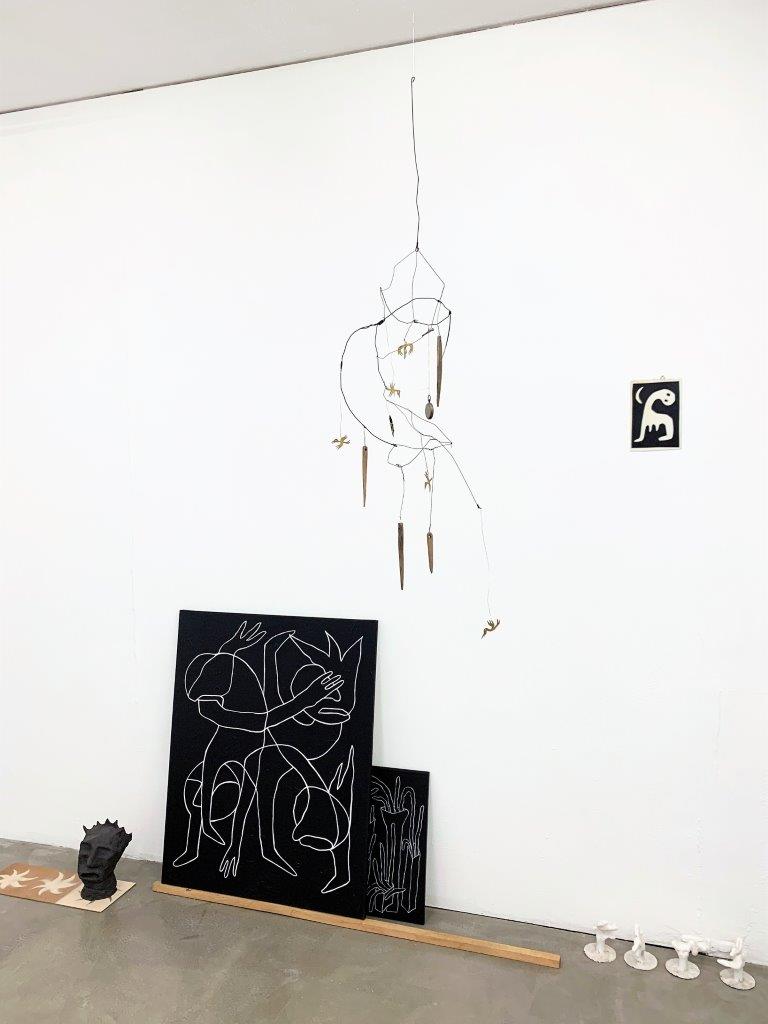 Augustin Rebetez (1986) works in various media including photography, painting, video, sculpture, music, installation and theatre. The swiss artist constructs a multifacetted body of work that defies categorisation.
Since 2009, he has exhibited his work all over the world including the Sydney Biennale, the Rencontres d’Arles, the SESC in São Paulo, the Daegu Photo Biennale, the Tinguely Museum in Basel or the Shenzhen Independent Animation Biennale.
He received different awards, including the Vevey International Photography Prize, the Swiss Art Awards or the Prize Fondation Latour.
In his vibrant exploration of total art, he collaborates with many performers, models, musicians and craftsmen, as well institutions such as Théâtre de Vidy in Lausanne, where he created three different pieces, or the NGO Art for the World. He published several books (Actes Sud, RVB Books, ...). In 2021, he created the music label and publishing house Label Rapace. His bands are Gängstgäng and CHRUCH.
Often abroad, he is based in a small village in the swiss countryside, where he uses his big house as an atelier and an open art residency.

Augustin Rebetez (03.08.1986) works in various media including painting, photography, video, sculpture, installations and theatre. He is developing a universe populated by characters, chimeras and peculiar machines which reflect his exuberant imagination. Drawing inspiration from outsider and folk art brut as well as tribal design, Rebetez constructs a multifacetted body of work that defies categorisation. Rebetez’s work seems to form part of an ancient tradition of legends and rites.

His creations relate to a wondrous and fantastic world which swings between dream and nightmare, the lighthearted and the serious. A modern alchemist, Rebetez plays with movement and sound, transforming banal reality into poetic fiction. (Nathalie Herschdorfer, MBAL, 2016)

Since 2009, he has exhibited his work all ove r the world. His solo show at the Rencontres photographiques d’Arles in 2011 marked a milestone in his career, as did the Sydney Biennale in 2014. He received the Vevey International Photo- graphy Prize that same year. Then, in 2016, he created a big in-situ installation for the Tinguely Museum in Basel.

In his vibrant exploration of total art, he collaborates with many performers, acrobats, musicians and friends, as well institutions such as Théâtre de Vidy in Lausanne where he created three different pieces.

In 2018, he released a serie of twelve stop-motion shorts with director and clown Martin Zimmermann, entitled The Adventures of Mr. Skeleton. This autumn, he exhibited his work in Tokyo, Beirut and Shenzhen.

Rebetez is represented by several galleries including Nicola Von Senger in Zurich and Stieglitz19 in Antwerpen. He has published several books.

In 2019, his main project will be a major solo show at SESC Consolaçao in São Paulo with curator Adelina von Fürstenberg.

Being one of the most striking voices of a new generation of Swiss artists, Augustin Rebetez (1986) was selected as one of the Foam Talents in 2013 and as the winner of last year’s Vevey International Photo Award. In a short period of time Rebetez has developed a rich and strong oeuvre, expressing his vivid inner poetry through dyna- mic forms and media. His work represents a personal, surreal universe that offers a stage to mysterious, tragico- mical characters and bizarre situations. Masked figures and animal-like creatures are the theatrical performers in a continuous narrative which is energetic, dark, humorous and loaded with subconscious references. Most of all, Rebetez’ work bursts with creative and visual power.

Although his works are based on pre-conceived ideas there is a lot of spontaneous, intuitive creation in situ that comes straight from the heart and results in a hybrid of related media. With photography as the starting point, his images, films, animations, drawings, sculptures, installations and performances are blended in a Gesamtkunstwerk in which all forms respond to one another. He embraces collaborations with friends and colleagues, and knows no restrictions in realising his inner vision. According to Rebetez a good picture brings emotions, dreams and a constellation of ideas and is the result of his ongoing artistic research. Not easy to define and without any rules, he directs the viewer with an extensive manifesto that seems to be proclaimed by a few black animal-like creatures: ’We are ghosts trying to become visible. We like rituals. We believe in shadows and whispers. We work for the night.’

The night is an important time and place where many of Rebetez’ creations originate from or are constructed in. In his earlier series which culminated in the publication ANTHILL (METEORITES) published by RVB Books, Rebetez presents raw nocturnal séances that took place in his house in the Swiss mountains. He invited some friends and they became the protagonists in an enigmatic narrative that has the feel of a party gone wild. Rebetez presents a world of fiction and reality where the artist is a director, a participant and a witness at the same time. In experimental settings, using contrasting vibrant colours, installations, sculptures, drawings, photography, he invites the viewer to dwell in the artists’ inner world.

As rich as the final outcome of his work, he finds his inspiration in a wide range of mysterious practices like dreams, rites, energy, Spiritism, automatic language, besides important themes as the theatre and the circus where all his subconscious figments seem to assemble. In an interview for Foam Magazine, Jörg Colberg asked him about the artists that are important to him. Not surprisingly Rebetez named Louise Bourgeois, Buster Keaton, William Kentridge, as well as artists from Art Brut and literature. As we look at his drawings there seems to be some local influence too like from Paul Klee. The characteristic black animal-like figures that populate his work also bring the paintings from Hieronymus Bosch to mind. Especially his most famous painting The Garden of Earthly Delights, with its fantasy creatures that inhabit both paradise and hell. Recently some of his works seem to be more defined, also in their aesthetic approach. There are many references to the melancholia and naiveté of the clown Pierrot whose character has developed into the alter-ego of the artist during the 19th and 20th century. Rebetez also allows more light to enter his work, the narrative is less personal and more abstract. Marionette puppets and figures from the theatre of shadows perform a silent play.

However, in contrast to the still images, his amazing energetic stop motion films have kept the dynamism that is typical for his work. And even more than that. At some points hilarious and spookily dark, the creatures who are performed by acrobatic friends, seem to be trapped in an inefficient ‘perpetuum mobile’ with a lot of Buster Keaton style melodrama. Rebetez makes endless objects come to life in original and surprising settings. All this creativity must be born from a free spirit with an endless imagination. The characters and the humour are refreshing and inevitably catching.

The little ghosts who proclaim the manifesto end it as fol- lows: “if nothing satisfies you we are the appetite that you need. we will blow your mind eventually, so go for it!”