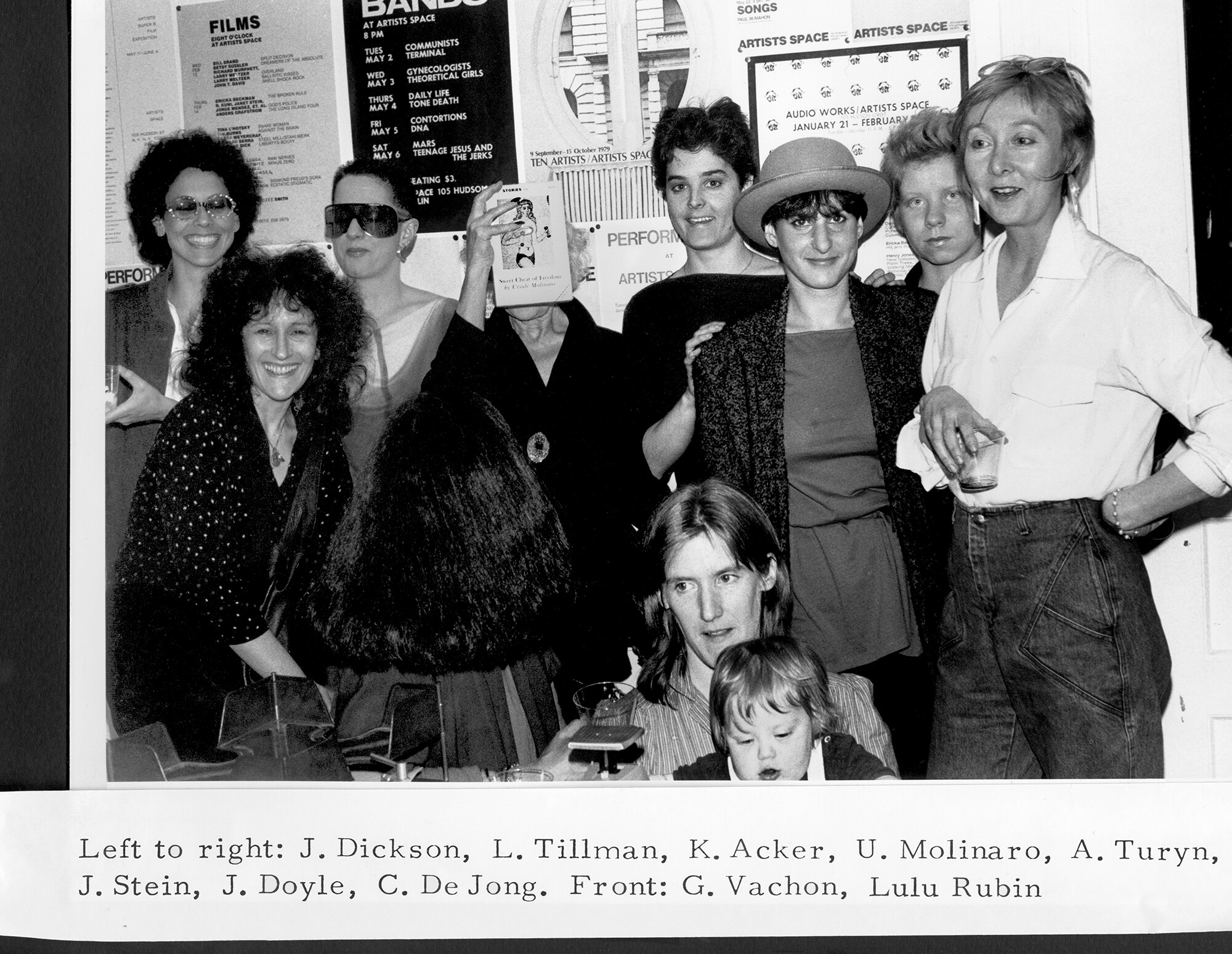 Too Good To Be Entirely True
Words In Reverse
3 Stories
Agent Pink
Foot Facts
This is My Mother. This is my Father.
Eating Friends
Transcript
New York City in 1979
Living with Contradictions
Marie
Shattered Romance
Real Family Stories
95 Essential Facts
I.T.I. L.O.E
Analects of Self-Contempt/Sweet Cheat of Freedom
The Human Heart
Forget About Your Father
How To Get Rid Of Pimples
Red Moon/Red Lake
The Colorist
FIVE
Tourist Attractions
Extremes Of High and Low Regard
War Comics
Pecunia Olet

Kunstverein is thrilled to –finally– welcome you to Top Stories, the first exhibition in The Netherlands to give full attention to the identically titled prose periodical set-up, edited, designed and distributed by Anne Turyn between 1978 and 1991.

Top Stories started in the late 1970s under the auspices of the venue Hallwalls (Buffalo, New York) where, at the time, Turyn was co-programming performances and readings. It later moved to New York in the early 1980s along with its founder. With these publications Turyn specialised in giving space to the writing of one young female author (and those who identify themselves as such) in her network, forecasting some of the most progressive writers of the 80s and 90s such as Kathy Acker, Laurie Anderson, Constance DeJong, Jane Dickson, Pati Hill, Jenny Holzer, Mary Kelly, Cookie Mueller, Linda Neaman, Lynne Tillman and Gail Vachon, and often featured visual contributions by artists such as David Armstrong, Joe Gibbons, Nan Goldin, Peter Hujar, Gary Indiana, Richard Prince and Leslie Thornton.

Since many of the stories are of an auto-fictional nature, the twenty-nine-odd issues function today as a direct gateway into the mood and network of the New York scene at the time. They give us a glimpse into the cradle of the writers’ later careers as well as a direct take on how second-wave feminism and the fight for equal rights and social equality—regardless of sex—impacted their daily life and thoughts. Cumulatively, the issues shine a light on how important it is—still—for independent chapbooks, small presses and spaces to exist. They are a beacon for fostering and developing legroom for voices that are left unheard on the main stage and propel change.

We are proud to share that we have acquired a rare, complete, first edition set of the Top Stories series for Kunstverein’s collection, and you are invited to come and browse, smell, read and touch the material for yourself. For the occasion, our Hazenstraat location will be transformed into a reading room, which you can visit during regular opening hours (by appointment only, for now) until the end of June.

Parallel to the show we will also be publishing a very limited number of copies of Tense, a never realized publication by Lucy Lippard and Jerry Kearns from 1984. This issue was originally intended to become a Top Stories but never was. It will be launched now during Amsterdam Art Weekend, near the end of the show.