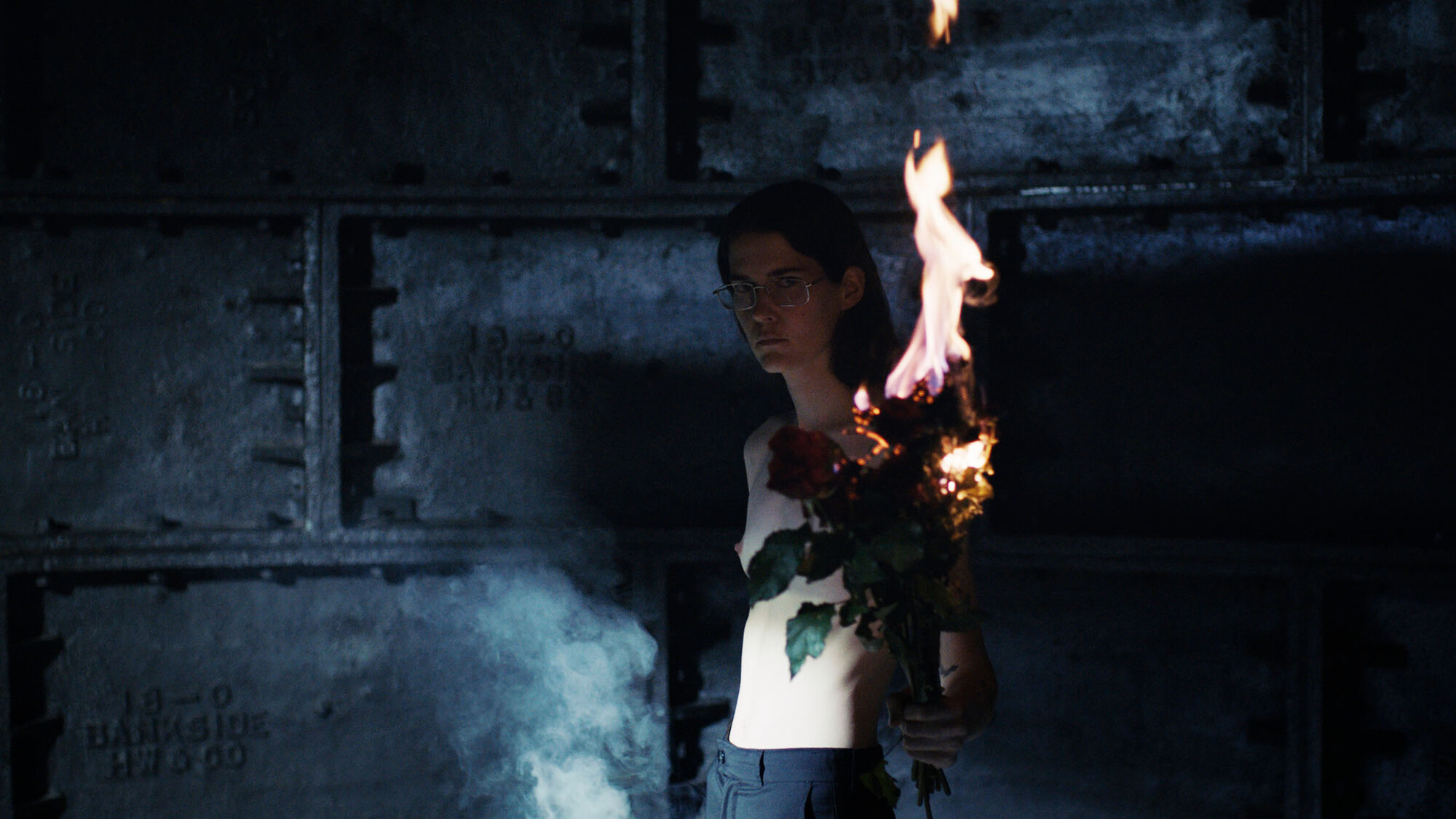 SMK presents Anne Imhof’s first major film-based work to date. Composed of footage created during the first chapter of her performance cycle Sex at Tate Modern in March 2019, it furthers Imhof’s exploration of “moving images” central to her acclaimed performance pieces. While adhering to the overall dramaturgical chronology of the performance and matching its durational quality, this new work follows a logic of its own as sequences are slowed down or scenes shot during different performance days, both with and without an audience in attendance, are fused together.

The cast of Sex is made up of a core group of performers Imhof has been working with collaboratively over many years, complemented here by a second group of models and guest-starring musicians. Despite bursts of movement and noise, the film is marked by a sense of stillness. Its original score draws on music written by Imhof in collaboration with Eliza Douglas, who performs most of the songs, and Billy Bultheel. The music has been rearranged and deconstructed to become a character in itself rather than simply functioning as a soundtrack. Solo compositions by both Imhof and Douglas form yet another level of metamorphosis from the source material.

Sex is shown alongside a new suite of paintings and a sculpture. The filming and editing was realized with the help of Lola Raban-Oliva and JR Etienne. The exhibition at SMK marks the film’s premiere and is the fourth chapter of Imhof’s Sex cycle, the first three having unfolded in exhibitions at Tate Modern in London, the Art Institute of Chicago, and Castello di Rivoli in Turin.

About x-rummet
Since 2001, x-rummet has functioned as SMK’s platform for contemporary art where artists have been invited to produce site-specific new works. SMK is proud to have Anne Imhof’s exhibition conclude the programme.

SMK wishes to thank the Obel Family Foundation for its continuous support of x-rummet.