And if I devoted my life to one of its feathers?

A joint exhibition of Kunsthalle Wien and Wiener Festwochen 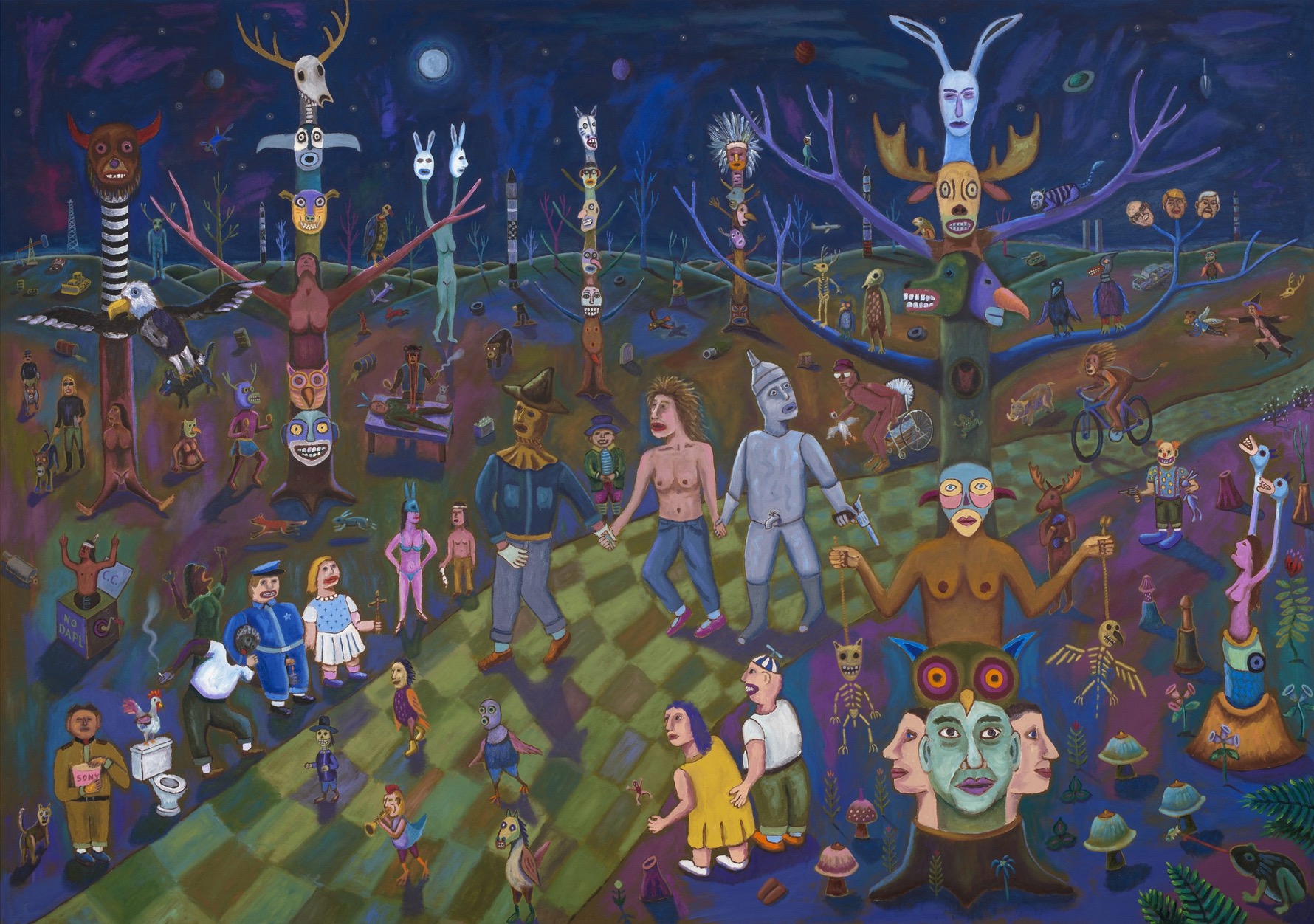 And if I devoted my life to one of its feathers?
A joint exhibition of Kunsthalle Wien and Wiener Festwochen

“And if I devoted my life to one of its feathers?” writes the Chilean poet, artist, and activist Cecilia Vicuña in an untitled poem from the late 1960s, early 1970s. With this question Vicuña counters anthropocentric and hetero-patriarchal urges with healing and appreciation, reviving the aesthetic and spiritual bonds between human and non-human entities and worlds.

The exhibition And if I devoted my life to one of its feathers?, curated by Miguel A. López, revolves around this very vision of interconnectivity that Vicuña portrays in her poem by bringing together artists whose practices engage in the struggle for collective survival and the processes involved in restoring disrupted social bonds. Indigenous epistemologies are understood as central in order to explore the possibilities of interweaving the poetic gesture with radical political action. With their works, the more than 35 exhibiting artists—who are located everywhere from the Amazon region to Australia, from Guatemala to India—seek not only to awaken public consciousness to the realities of environmental exploitation and destruction, but also to deconstruct traditional Western patriarchal models, gender roles, and enduring colonial and racist discourses.

The exhibited works critically examine the breakneck pace with which raw materials are mined and the environmental destruction inflicted by neoliberalism. Indigenous positionalities burst through colonial legacies to remind us of the continuation of extractive logics in the 21st century. Works exploring solidarity based and anticolonial feminisms highlight the struggle against patriarchal capitalism and state oppression, while others tell stories of reverse migrations and forms of affective belonging.

Trying to convene a more poetic conversation rather than a theoretical statement, this exhibition looks at how artists from different localities are engaged in opposing the normalization of capitalist social relations and capitalism’s embeddedness in racist, sexist, and homophobic structures as well as a model of liberal democracy that is sustained through inequality. In different ways, the works respond to the violence and devastation from ritualistic, emotional, and sensitive perspectives rather than a purely rational one. Against widespread cynicism, they uphold various forms of commitment and transformative political desire.

This joint exhibition of Kunsthalle Wien and Wiener Festwochen was originally scheduled to open in May 2020, but had to be postponed because of the worldwide Covid-19 crisis. Some of the contributions are therefore a specific response to the pandemic, not just as a health crisis, but also as one of ecological and social justice. The works of And if I devoted my life to one of its feathers? form an assembly of many worlds—in order to initiate a unique conversation about power, sovereignty, self-representation, and the reclaiming of a plurality of life choices.